TIY: Tank It Yourself!

Patton has tried to improve her mech mk2 when she reached a higher level, but she has failed many times designing one and none come close to her expectations....she started to doubt herself and her abilities. Then one dark night, a mysterious man approached Patton and asked her "are you willing to sell your soul for a power you seek?" She thought about it for a few seconds, and when she has made up her mind. The mysterious man has disappeared and left a dark gear. Upon placing the dark gear, her mech begun to chant and twist in the wrong direction as a portal open and hands fill in, charging towards the mech. Suddenly a blast happened that knocked Patton out........ As Patton wakes up, she saw what was her mech a now twisted mecha ready to consume to be the strongest.

Will you give in to the dark gear?

P.S. I think I will put some lore in this blueprint line to make it interesting hahaha, comment down or like if its a good idea! 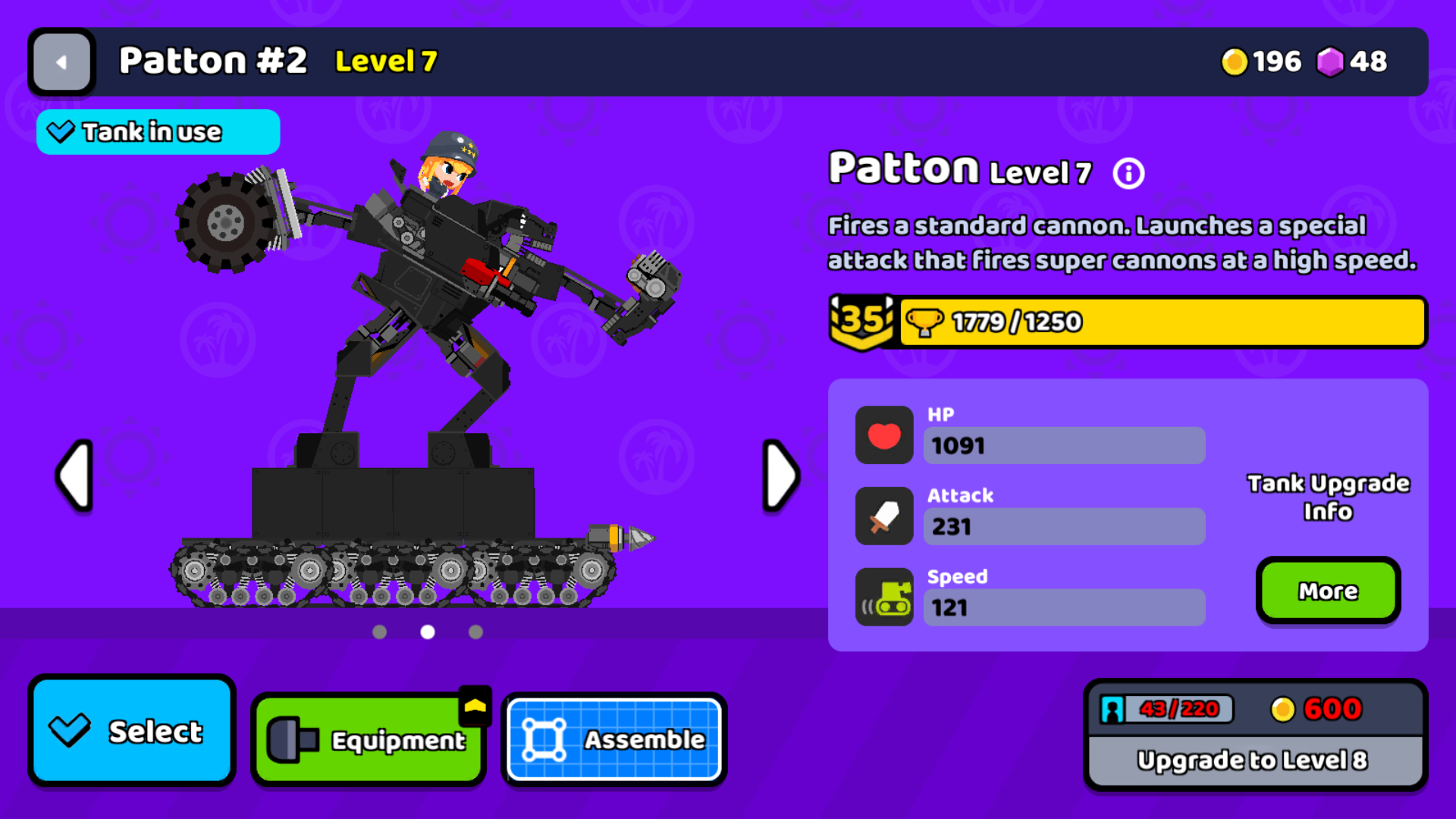