Hello people from the sevenverse
happy 2023

I just wanted to talk about those two here

I guess we can all rejoice and thank SG for listening to the community
...yeah but no
You dare calling THAT a buff ?
it won't change anything
Venom is still a boring mechanic
He is still kind of an Exodia type character...in a game with very fast pace combat where you can die faster than saying

ML Furious
Daddy's coming home
FINALLY
he is a def scaling ranger...which is new
I dunno what has gotten in their heads but SG is kinda in a def scaling heroes rampage now
But the best part of ML Furious is that HE LOOKS OLDER
oh my !!!
I have HOPES for an ADULT ML LUDWIG !!!!! 😍

I know they're gonna disppoint me anyway but...handsome adult Ludwig !!! 🥰 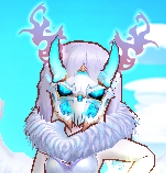