Meet Iseria, an Earth Elemental Ranger with a rare skill that resets the skill cooldown of an ally. Players can also obtain the Ranger-exclusive Artifact, Song of Stars which allows the player to reliably target an enemy after using a Single Attack.

2. Details: The 5★ Hero, Iseria, and the 5★ Artifact, Song of Stars, will have a higher summon rate! 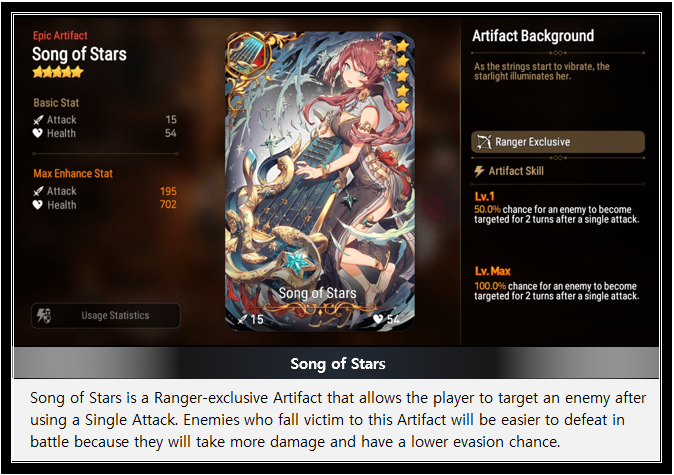