Well, after playing with Riolet with Ervalen's artifact (DOUBLE-EDGED DECRESCENT) I expected a small improvement in Riolet's performance, but the truth was disappointing, here are my impressions after almost a full day playing with him.

1.- You need a bully build (something difficult in him because of his constellation) but at the same time you need damage (Penetration Set), since there are Brusier units that are much better for that role.

2 .- It is advisable to accompany it with A.Raz type units, which will provide you with Barrier and Immunity and mitigation (Aurius) or any unit that these roles are distributed in the team.

3.- It becomes useless once stripped of its evasion and the RGN can fan you both receiving a hit, and stripping you of your buff even if you evade correctly.

4- Injury affects you greatly, not being able to reach high Hp stats makes you very fragile (hopefully in the next patch Injury will not affect if the hit fails).

5.-Compared to his RGB counterpart, he lacks the boost (combat time redines) to be able to give him HP boots and end up being a stone for never reaching his turn (something you will want soon if you are stripped of your evasion buff).

My ideas to improve Riolet.

1.- Give him a mechanic similar to Sage Vivian, consumed focus = a successful evasion. 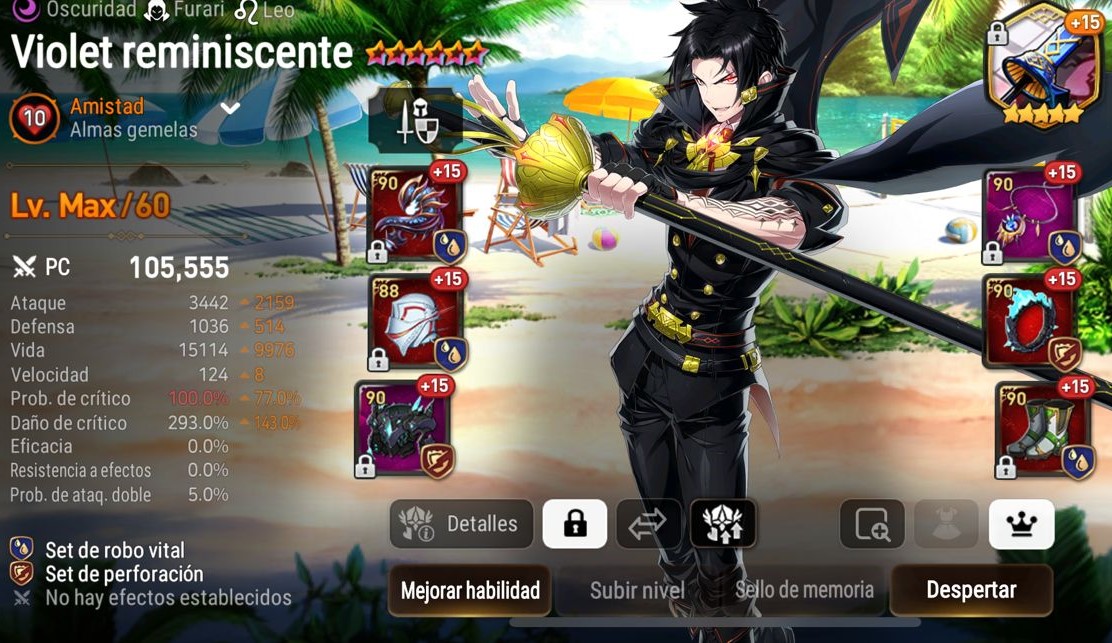