One of the worst balance updates [15]

Reading the balance update today was a roller coaster that ended up smashing into the ground.

Firstly reading faithless lidica, being able to now strip buffs is actually a massive change for her as you could never run her against a lot of comps nowadays due to barrier + imm preventing the immunity strip, this helps her greatly, and now having the cr push on s3 with an extra 5% is much better as she no longer has to rely on 4 units existing to push, however, this doesn’t fix her main issue, she’s slow as shit, at least in comparison to the other op speed units they’ve brought it and so she’s effectively useless for the situations she’s actually needed and can only be run as a secondary speed unit which is very unreliable.

Then there was a spike upwards, Senya and Hyufine, very nice changes, especially senya, I feel she’ll be a great unit now that she has a lot more consistency.

but then it all goes to shit, Ervalen, I won’t lie, don’t care for this unit, but that doesn’t mean I want to see his identity and kit be ruined completely, he went from a good banshee farmer to basically useless? We’ll have to see if they change his AI so that he does s2 > S3 first but if he doesn’t, the damage decrease now makes him harder to build and less reliable, and not only that they’ve taken away many of his buffs too which makes no sense, they should’ve just added atk buff and not touched the rest.

Ml khwana doesn’t change much but it at least makes her quicker to build up the stats which will be nice.

And then there’s Rikoris, I don’t know much about his kit, but I’ve at least seen that at this moment he didn’t really need to be touched unless they just rebuff his kit to what they nerfed before, that’s all they had to do really, but now he’s been reworked? For what reason have they tried to make him a dps? He was never a dps in the first place so what was the point of this change? I hope hwa gets some of these ‘buffs’ soon then maybe she’ll be a balanced unit.

honestly, it’s just a major disappointment, two units got nice buffs, one unit got buffs but still has a major flaw of being slow and then two of these units have just been nerfed to shit. Units like Sez, Ml Ken, Ml flan, Ilynav have been most asked for just how unusable they are, but instead we get units who no one asked for and ended up being a disaster for those units. 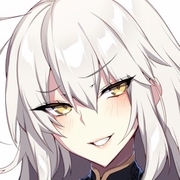