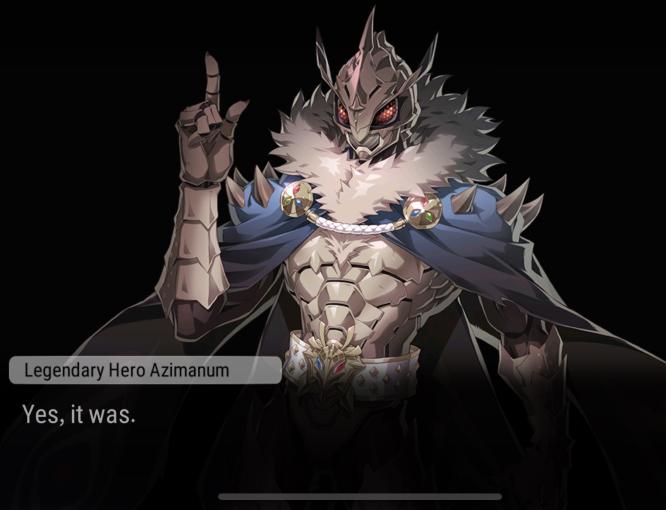 It'll be nice to have a playable unit with his design. I would like his skill to be more unique than most Units

Here's what I think his skills should be :

Passive Skill: If attacked by a skill that penetrates defense, damage suffered will be decreased by 30%. Enemy Party will also suffer from any and all (Except for Seal, Stun, and Sleep Debuff) debuffs that are currently on the caster. ( You will not actually see the debuffs on the enemies, it's implied. So Kal'adra will not take effect.)

S3: ( Not an attack) Grants Defense and Speed Buff to all allies while Inflicting Blind and atk down debuffs to all enemies. However, if he uses this Skill while his HP is 30% or lower, it will instead activate his Transformation. Upon Transforming, he is guaranteed to inflict stun debuff to the enemy with the highest spd for 1 turn. (3-turn cooldown)

Second Form ( He'll only have 2 skills)

S1: Attacks the enemy 3 times dealing damage proportional to his Defense. Damage will be Multiplied by the amount of Debuffs on him. And will absorb some damage dealt as health. Has a 50% chance to decrease cooldown by 1 turn

* He will have a higher Base Defense than most units in the game, someone could easily give him 3k Denfense

Don't be shy to give your thoughts in the comments and if this Unit did exist with this skill kit, how would you beat him.