In this Drop Rate Up event, meet the Fire Elemental Mage Baal & Sezan. After inflicting debuffs on all enemies, the Damage dealt increases proportional to the number of debuffs.

Players can also obtain the Mage-exclusive Artifact, Last Teatime, that increases damage dealt, with a certain chance to decrease skill cooldown by 1 turn, when an attack that targets all enemies is used.

2. Details: The 5★ Hero, Baal & Sezan, and the 5★Artifact, Last Teatime will have a higher summon rate. 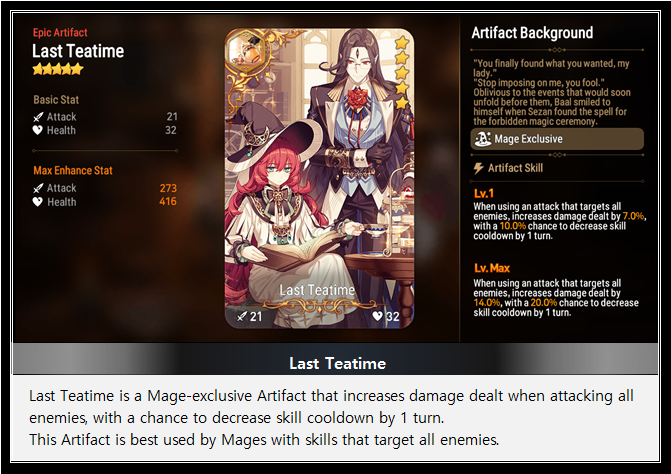