Farmed the whooole weekend except while asleep. Used all my leifs (around 200), used all my conversion gems, 22000ish banshee mats and 20m gold later and I still couldn't fully gear even one unit 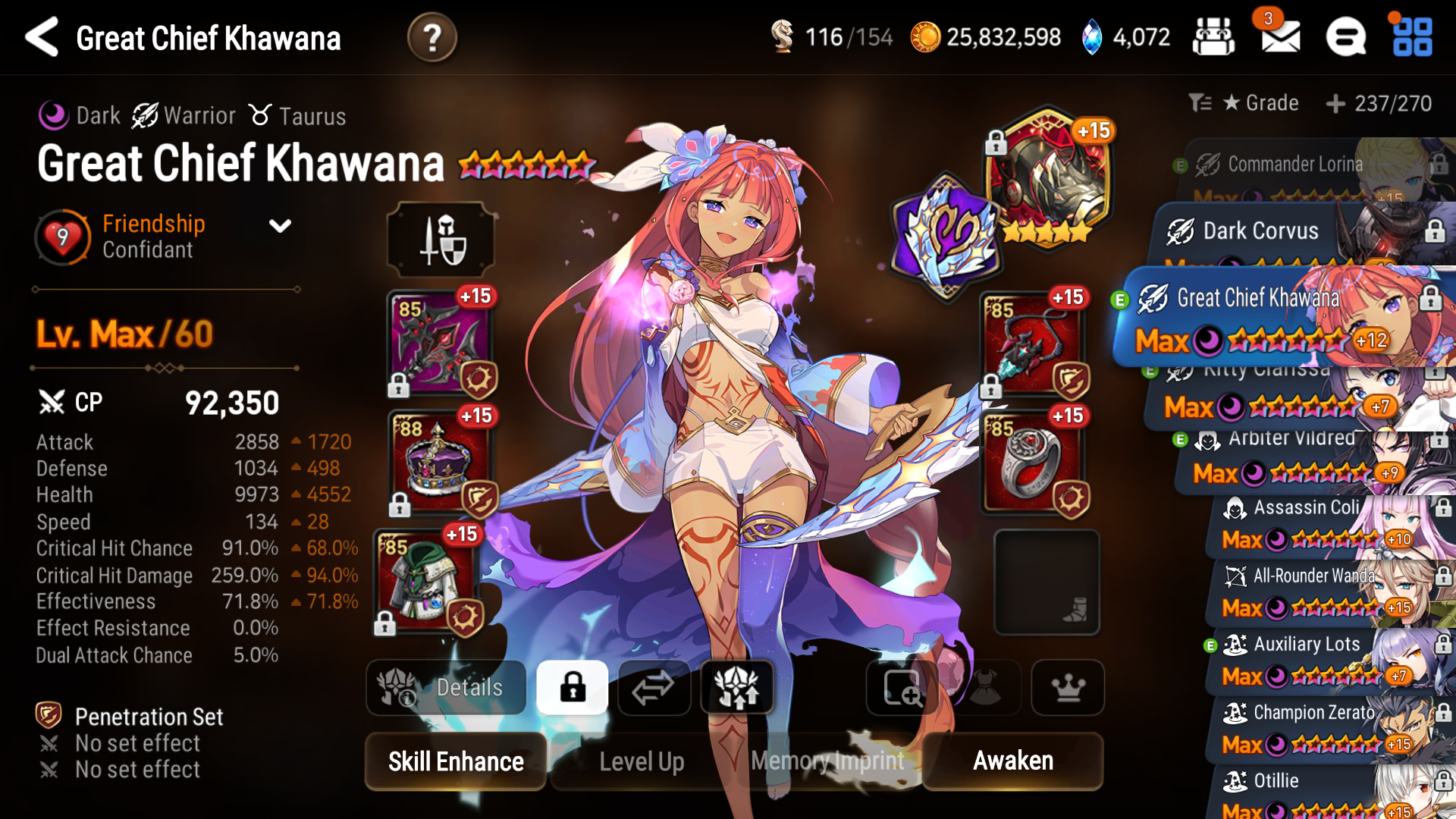 Sad part, I already had the penetration pieces. Also, the destruction pieces aren't even that great, all of them at 55-57ish gear score, so it's not like I'm too picky. And this was with a friggin' buff event and leifs, it takes forever gearing units with the everyday grind.

It's really not fun and hasn't been in a long time, unless SG announces some big changes on the gear system I don't see myself playing for much longer. Really, take some notes from Artery Gear. They obviously took a ton of notes from Epic Seven but improved a lot of stuff, now it's your turn.

Of course, those who do get lucky won't feel the same way but it doesn't change the fact that it sucks.