In this Drop Rate Up event, meet the Earth elemental Ranger, Pavel, who is capable of attacking the enemy after granting himself an increased Attack buff. Players will also be able to obtain the Ranger exclusive Artifact, Dux Noctis which increases Attack of the caster when an ally makes a critical hit. This Artifact’s effect can stack.

2. Details: 5★ Hero, Pavel and the 5★ Artifact, Dux Noctis will have a higher drop rate.

- The Drop Rate Up applies only to this Banner during the event period. Players are able to use both the Guaranteed Drop Rate Up Banner as well as regular covenant summons 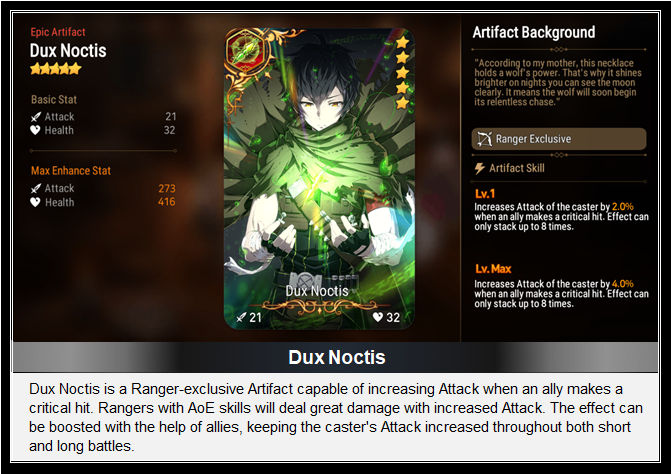