Hello! I cleared Abyss 120 but I think 114 was the most memorable for me out of the new batch. Here are some notes:

It has passives that punish non-Earth elemental heroes (unbuffable, forced 0 eff res, undispellable poison). Green is good.
If you hit the slime, you get a 5 turn poison debuff. The slime gets to attack and detonate the poison stacks too.
If you build 200 effect resistance, you're safe from getting poisoned!

There's a lot of reading involved. Defeat a minion to receive a certain buff/debuff. They'll overwrite each other, not stack. You'll want to activate a specific one to prepare for the effect Baal has for his next S3. If you won't need it to survive S3, you can use an effect earlier to help deal with the basic attacks.
- Tap and hold to read Baal's passive at the bottom left of his hp bar. General summary:
Demon - Destroy the red one
Terminator - Destroy the green one
Ruin - Destroy the blue one
- Minions respawn after the S3 so you can do it all over again!
- I don't recommend using any AOE attacks. They all die together so you'll probably end up with the wrong buff/debuff.

That said, my Mort became dead weight for part 2 because I forgot to get any effectiveness. Slot in your favorite green for moral support! 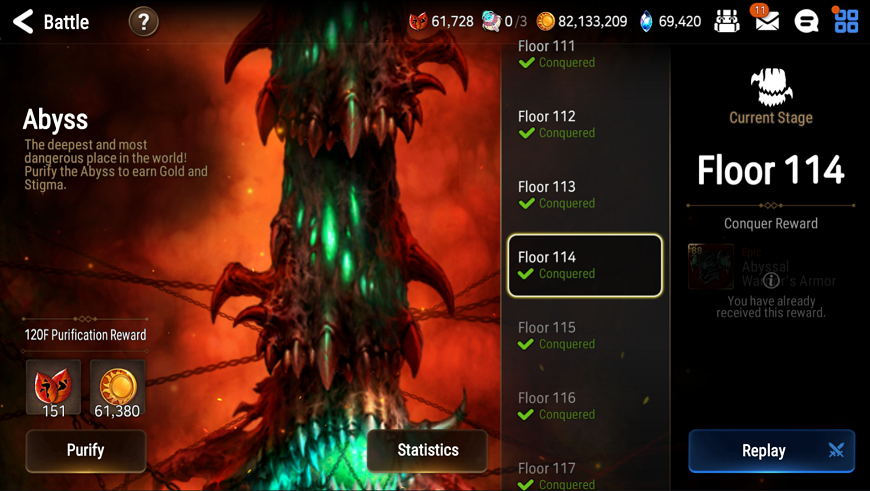