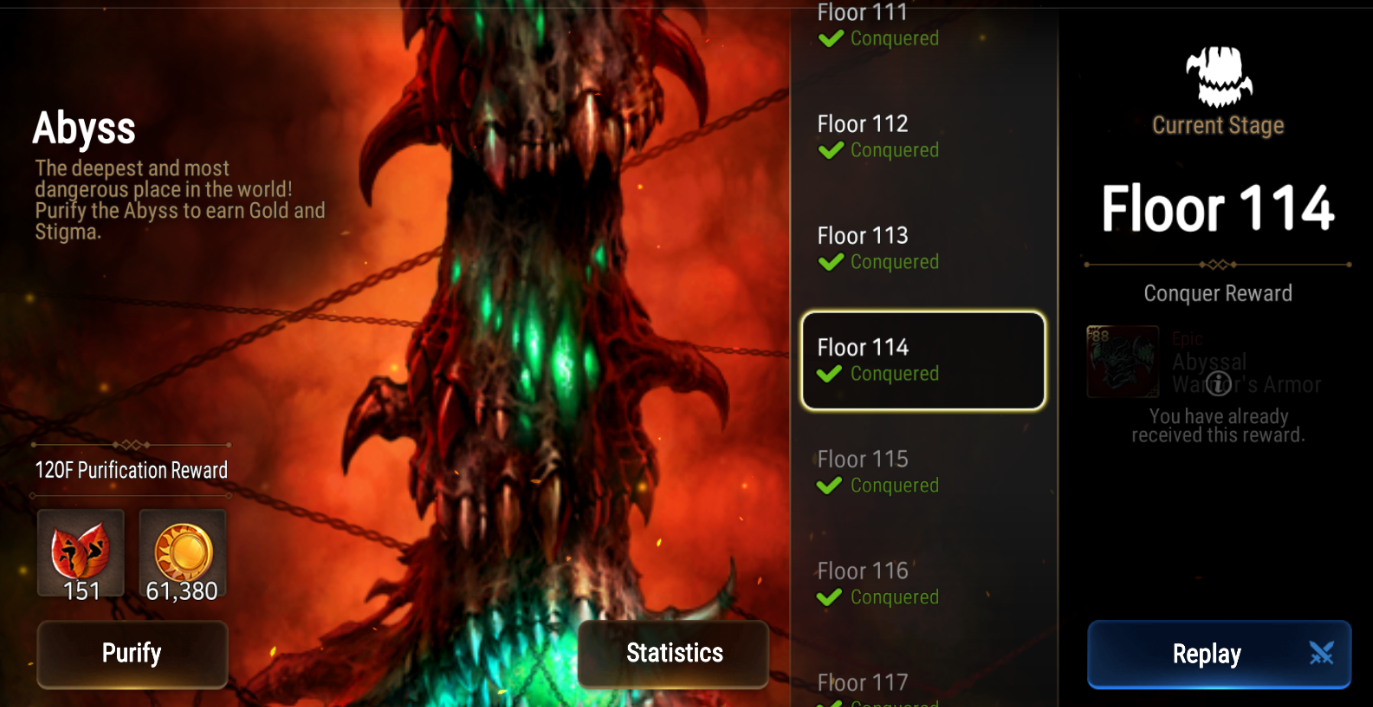 Floor 114 has the most interesting mechanics among the newest. Unlike other floors, this one is not a gear check. As long as you understand how this floor works, it is easy to clear. Let's review some of the core mechanics of each phase.

- This phase punishes bringing non-earth elemental heroes by inflicting them 3 undispellable poison debuffs and reducing their effect resistance. So we naturally want to bring a full earth elemental team.

- We get a poison debuff everytime we attack the slime. A cleanse unit is therefore needed.

- Slimes' s3 will detonate all poison debuffs on their target. If an ally has too many poison debuffs, use your cleanse before the detonation. Otherwise, you can usually tank it.

- The big slime will split up into 3 smaller slimes after being killed. Those slimes have the same mechanics.

Immediately after his S3, we want to hit the red drone to give us a shield. It will give us time to heal back before the next S3.

- He will AoE counter after being attacked 6 times.

- He dispels one debuff at the end of his turn. If you bring a defense breaker with a long cooldown, make sure you don't use it just before ML Baal moves.

Recommended team:
I had an easy time with the following team:

Falconer Kluri should be on the front position.
Destina and Mercenary Helga can be used level 50. However, make sure Helga is bulky enough.

That's all you need to know. I hope you'll all be able to clear this floor.