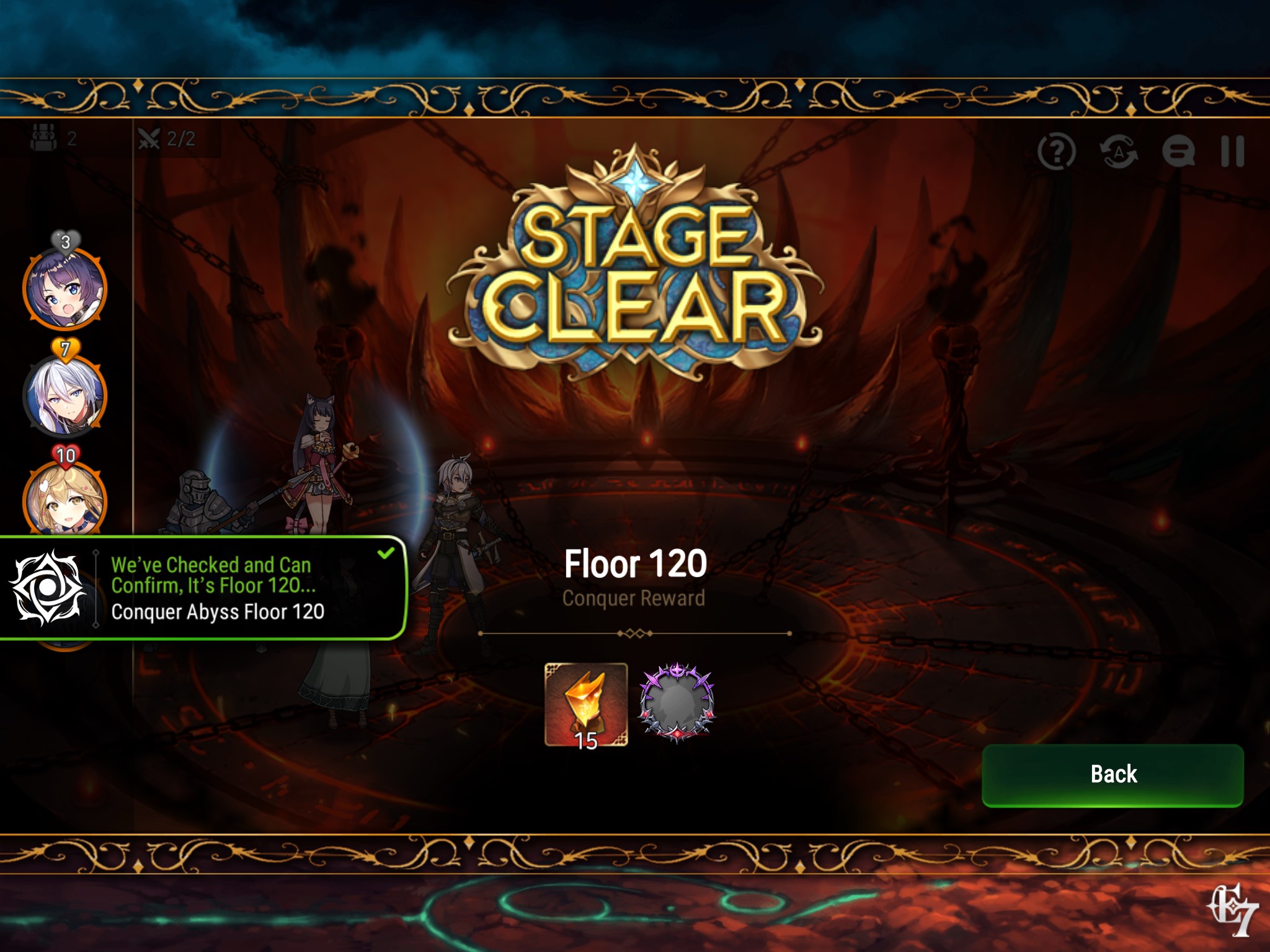 For this floor (and much of the other abyss floors) it is recommended to build taranor guard for the classic taranor guard, tamarinne, kitty clarissa, and adventurer ras team composition.

It is recommended to have the kitty clarissa ee that provides restrict debuff for the 2nd wave and the war horn guild artifact on her.

For taranor guard you want the symbol of unity artifact to increase hit chance on lilibet and overall damage.

For tamarinne have potion vial to cleanse random debuffs here and there.

Focus on killing the all the adds (additional enemies) first as they do a substantial amount of damage. Target the green unit first. Do not use ras s2 without soulburn to keep up the skill cooldown and slowly burn down the first wave while building up a few souls to use ras s2 and maybe tamarinne s1 SB for safety in second wave.

In this wave you cannot use non-attack skills consecutively so always keep that in mind. For example if you use tamarinne s3 do not use s2 and instead just use SB s1 if you need that heal now and use s2 her turn after.

For this wave you want to try to restrict the 2 adds with kitty clarissa s2 as they will get pushed and you don't want that.

For the first phase of Straze his s3 will deal 80% of your hp that is lowered by 15% for each buff you have, so time your buffs accordingly. Slowly burn down the boss until 40% where he transforms into the 2nd phase incomplete fastus.

In the 2nd phase mechanics to keep in mind are that if you hit him and don't crit he has a chance of gaining attack buff and lowering s3 cd by 1 turn, but can only be activated once per turn. He also gains 10% cr when attacked while he is buffed so try to strip buffs when possible. Other than that you can just slowly burn him down with all the dual attacks. GL.