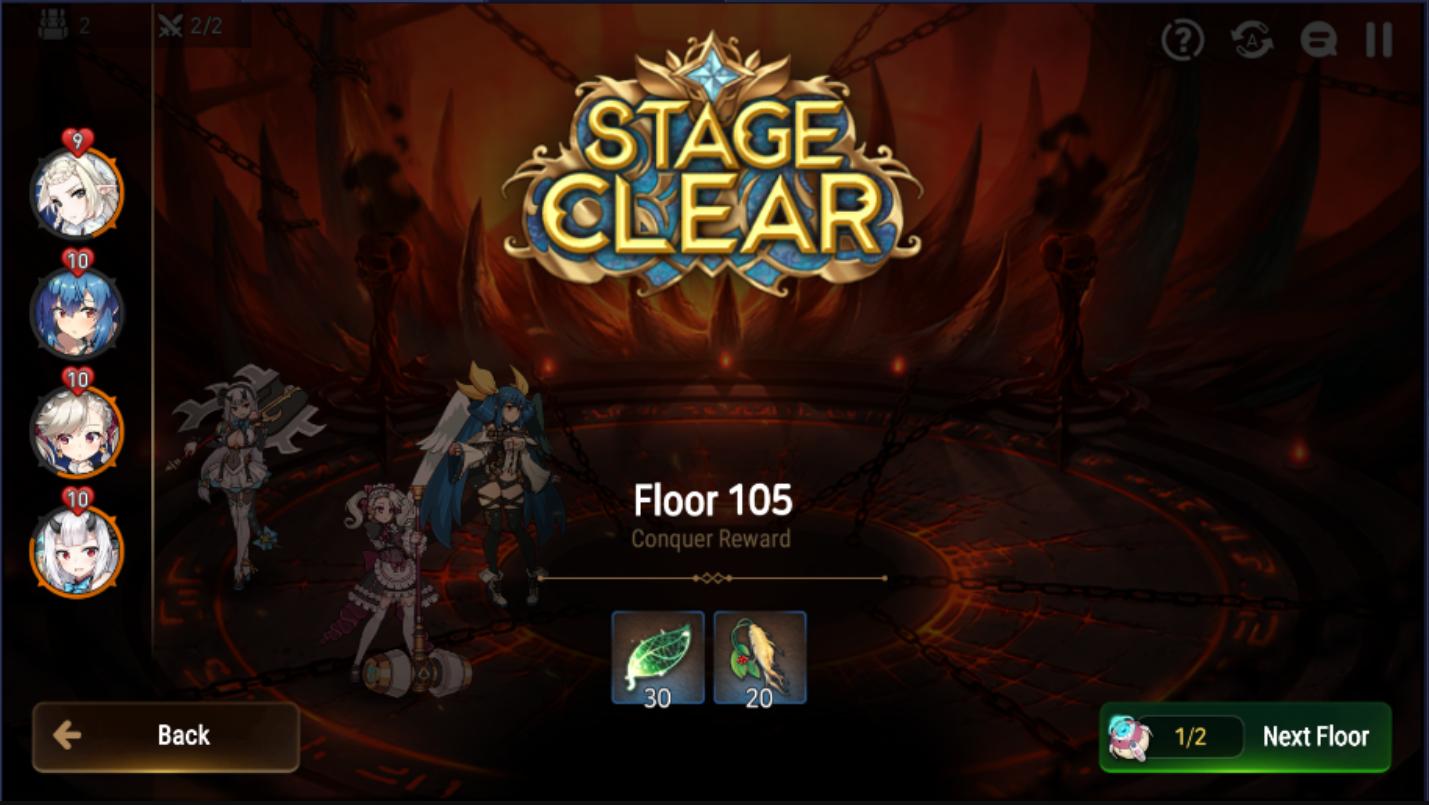 Dizzy has Abyssal Crown to stun wave 1 boss, and is in front to be killed by the scorpion boss's s3 and then revived.

Maid Chloe has Celestine for good healing in wave 2. She can S3 as needed for revives and an attack buff if BBK's turn is right after.

Iseria has Song of Stars for more damage to enemies. She can reset Maid Chloe in wave 1 in case Dizzy is killed after being revived from the boss's next attack. She has the only soulburn that does not grant an extra turn in this team (BBK minion prevents extra turn mechanics), which is what you want to soulburn in order to burn down BBK. Save Iseria's s3 for when BBK has attack up buff so that your units don't die. You might think to s2 someone since BBK's turn is next, but the extra turn will be canceled, so s1 or s3 are more important, unless BBK already has 2 turns of defense break already I guess.

Yufine has Hell Cutter and is at about 180 speed to attack quickly enough before BBK is cleansed. Yufine has s1 damage EE as well. Yufine is used over Ravi or other dps because she has her own speed and attack buffs.

So this team makes the adds on both waves pretty manageable.

Kill the adds on wave 1, then Dizzy can s1 the boss every turn for stuns and damage. It takes a while with any strategy for this boss so you will probably have max souls by wave 2.

For wave 2, focusing BBK down while Dizzy debuffs the adds worked for me.

It took a few attempts (maybe 5 with this team?) as this strategy relies on a lot of debuffs to land.

I think that sums it up.