In this Drop Rate Up event, players can meet the Fire Elemental Knight, Charlotte who when attacked by an enemy or

when a basic attack is used and Fighting Spirit obtained, deals high damage to all enemies using her skill, Vortex.

Players  can also obtain the Knight-exclusive Artifact, Elbris Ritual Sword, that has a chance to counterattack when an

ally except for the caster is attacked. The Artifact will deliver unexpected attacks when equipped by a Hero who has a powerful basic attack or debuffing abilities.

2) Details: The 5★ Hero, Charlotte and the 5★ Artifact, Elbris Ritual Sword will have a higher summon rate.

2) If a player does not receive the featured Hero after 120 summons, then the following summon is 100% guaranteed to 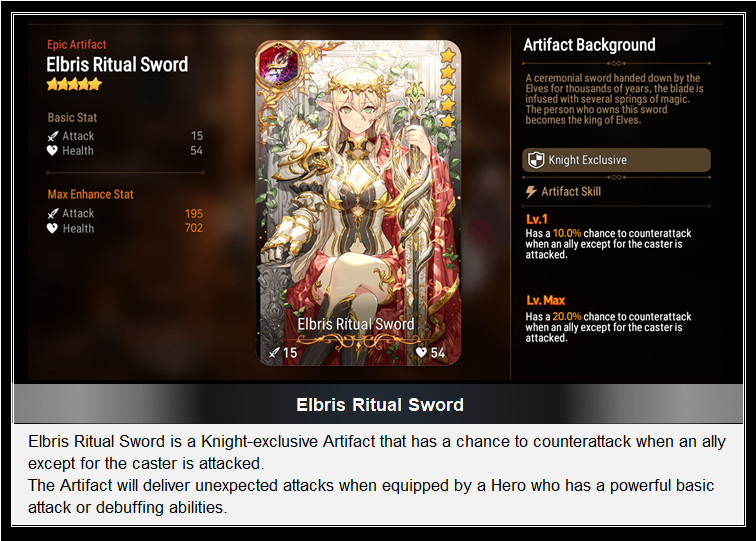