In this Drop Rate Up event, meet Roana, an Earth Elemental Soul Weaver who is able to contain Heroes that

specialize in counterattacks and Dual Attacks thanks to her unique ability which allows allies to be healed after they are attacked by an extra attack, counterattack or Dual Attack. Players can also obtain the Soul Weaver exclusive Artifact, Touch of Rekos, which recovers the health of all allies after being attacked, which will be extremely effective against enemies with AoE skills.

2. Details: The 5★ Hero, Roana and the 5★ Artifact, Touch of Rekos, will have a higher summon rate!

2) If a player does not receive the featured Hero after 120 summons, then the following summon is 100% guaranteed to

※ Players may check more detailed summon probability by going to the Roana & Touch of Rekos Drop Rate Up Banner. 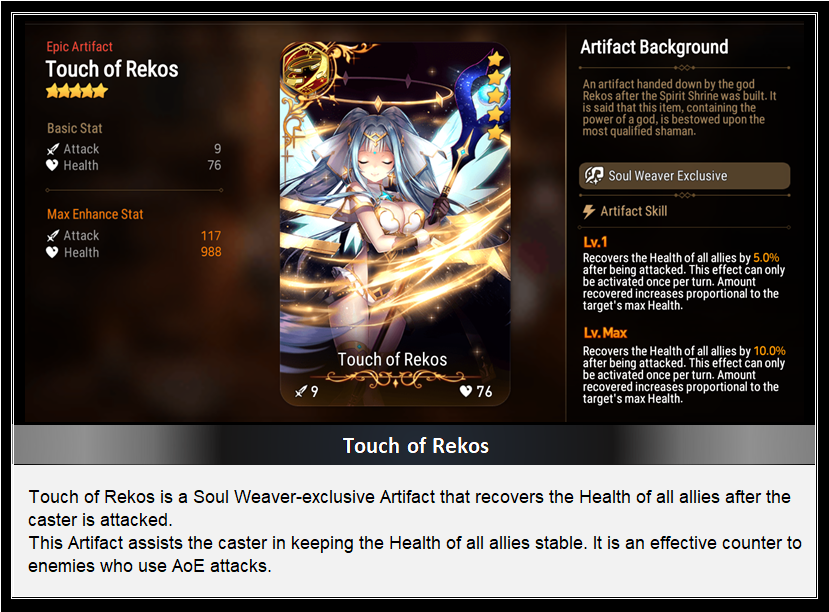