In this Limited Drop Rate Up, players can get Seaside Bellona, an Ice Elemental Ranger who can annihilate enemies

with powerful attacks after inflicting them with debuffs. Players can also obtain the Ranger exclusive Artifact, Reingar’s

Special Drink, which is most effective when used by Rangers who attack often with skills that attack all enemies.

2. Details: The 5★ Hero, Seaside Bellona and the 5★ Artifact, Reingar's Special Drink will have a higher summon rate.

- Players can only obtain the 5★ Hero, Seaside Bellona from this Limited Drop Rate Up banner. She will not be added to Covenant Summons after the event period is over.

- This Hero and Artifact may be available for purchase in the same or similar form in the future. 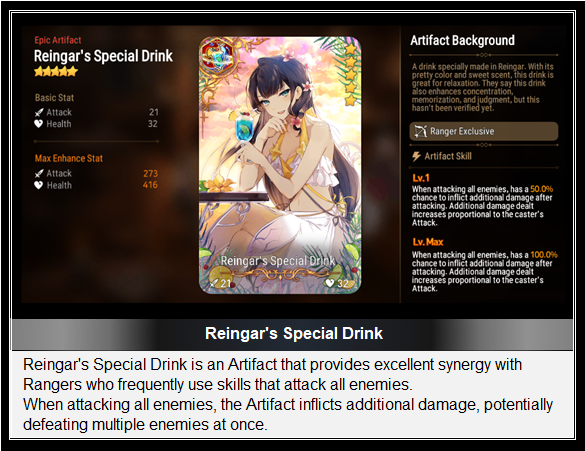