In this Drop Rate Up meet an Earth-elemental Knight Mort who is naturally immune to stun and sleep, which allows him to be better prepared for enemy debuff attacks.

Players can also obtain the Knight Exclusive Artifact, Ancient Dragon's Legacy, which increases the caster's Critical Hit Chance and has a chance to increase Critical Hit Damage after the caster uses a non-attack skill.

2. The 5★ Hero, Mort and the 5★ Artifact, Ancient Dragon's Legacy, will have a higher summon rate!

1) Each summon will cause the summon counter to decrease by 1.

5★ Hero can be summoned. 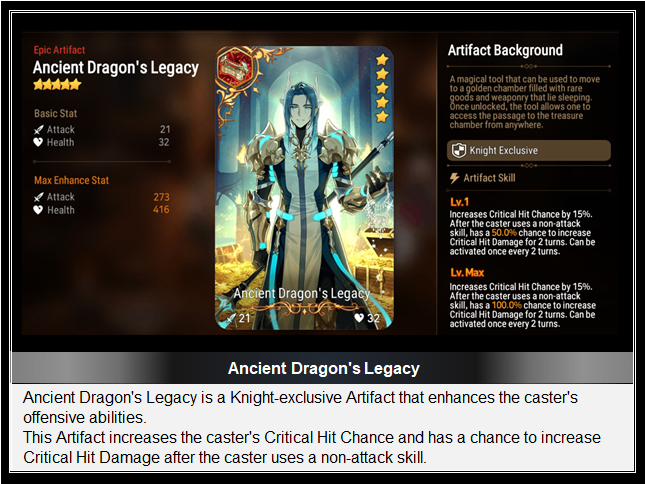