[Closed] Ilynav & Wings of Light and Shadow Drop Rate Up [4]

In this Drop Rate Up meet Ilynav, a Fire-Elemental Knight who can attack all enemies mercilessly and grant increased Critical Hit Damage to all allies and immunity to the caster. Players can also obtain the Knight exclusive Artifact, Wings of Light and Shadow which, after a critical hit is made with a single attack, increases the damage of the next attack by a set amount.

2) Details: The 5★ Hero, Ilynav, and the 5★ Artifact, Wings of Light and Shadow, will have a higher drop rate.

1) Each summon will cause the summon counter to decrease by 1.

- The Drop Rate Up applies only to this Banner during the event period.  Players are able to use both the Guaranteed Drop Rate Up Banner as well as regular covenant summons.

- Once the event is over, players can obtain the 5★ Artifact,Wings of Light and Shadow from the covenant summons. 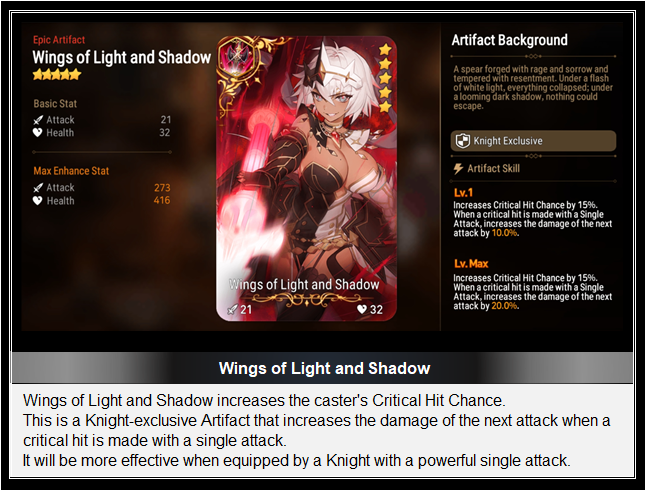