In this Drop Rate Up meet Bomb Model Kanna, a Fire elemental Ranger capable of dealing damage to all enemies while increasing her team's Speed. Players can also obtain Air-to-Surface Missile: MISHA, a Ranger Exclusive Artifact that increases the caster's Hit Chance and Critical Hit Damage.

- Once the event is over, players can obtain the 5★ Artifact, Air-to-Surface Missile: MISHA from the covenant summons. 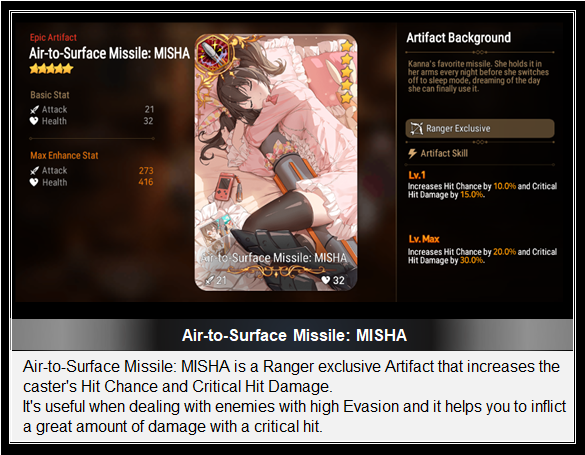