Thank you for your patience!

We have great news! Finally, players can purchase the Epic Seven Board Game!!! 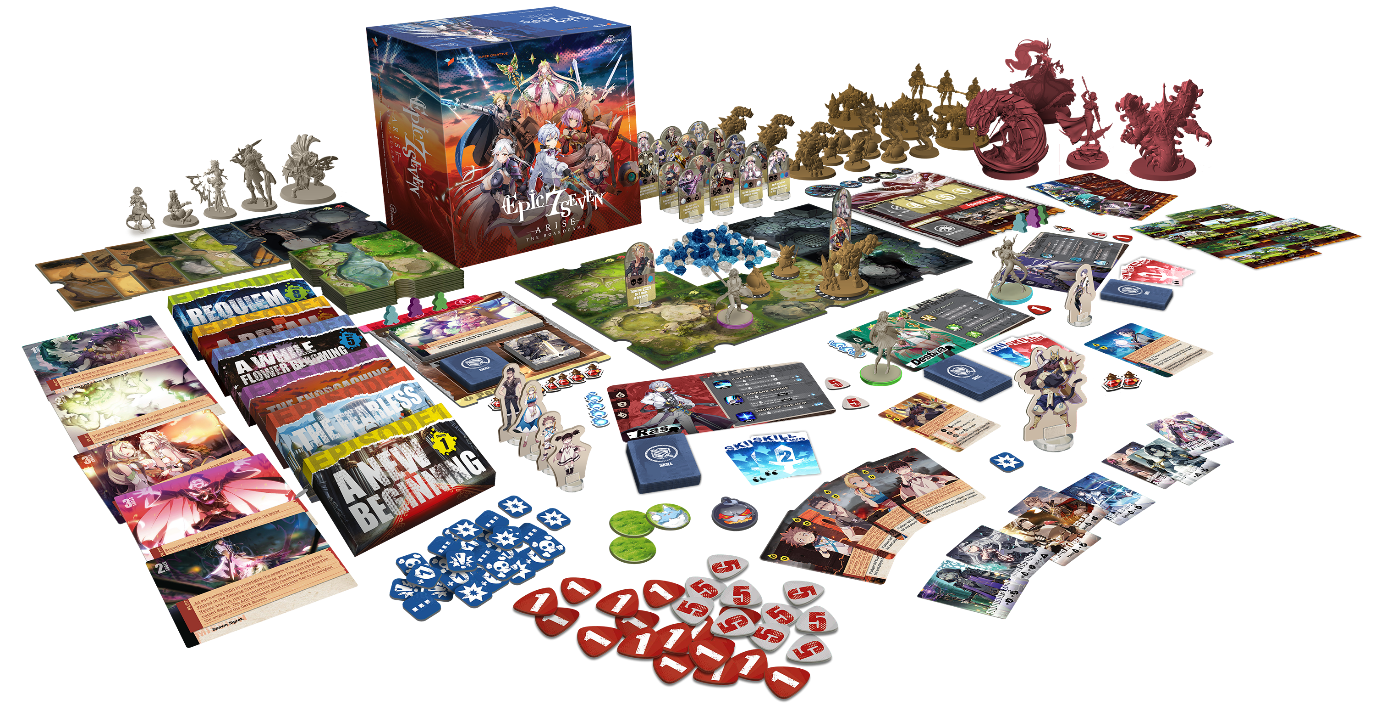 On the crowdfunding platform Kickstarter, players can finally get their hands on the Epic Seven Board Game <Epic Seven: Arise!”.

The Epic Seven Board Game is planned to be released in English. However, if our Heirs will participate in the crowdfunding, there will be better chances to have the board game in various languages.

Go to the crowdfunding page now and show your support!

※Once Heirs complete the funding, the board game will be assembled and delivered according to the schedule on Kickstarter.

Epic Seven: Arise is a scenario-oriented semi-cooperative game with a deep worldview of Epic Seven.

“Arise. It does not end here.”

The name of the Epic Seven board game that we are currently working on is "Epic Seven: Arise". The inspiration for this name was from Diche’s line, ”Arise” when opening the 7th world.

The new world of Epic Seven will be opened in the form of a board game.

The board game is produced by a company that has received an official license from Epic Seven.

You can check out different events, board game contents, and sophisticated miniatures through the following links.

If you have any interesting ideas or questions, share them on the Facebook group and we'll respond to them.