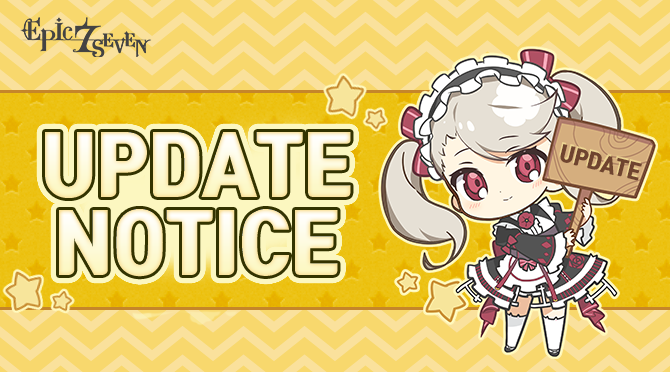 Here is what we have prepared for you in this week’s update!

Heirs! Now you can adventure in the world of Orbis in Simplified Chinese!

How to select Simplified Chinese Language] 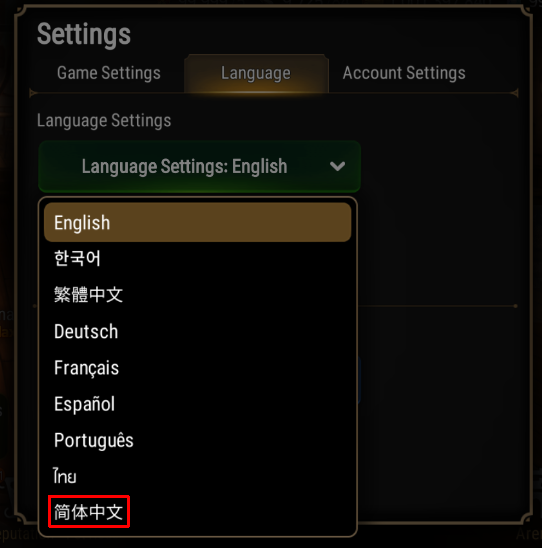 West Politia, an area managed through the urban planning system will now be available. 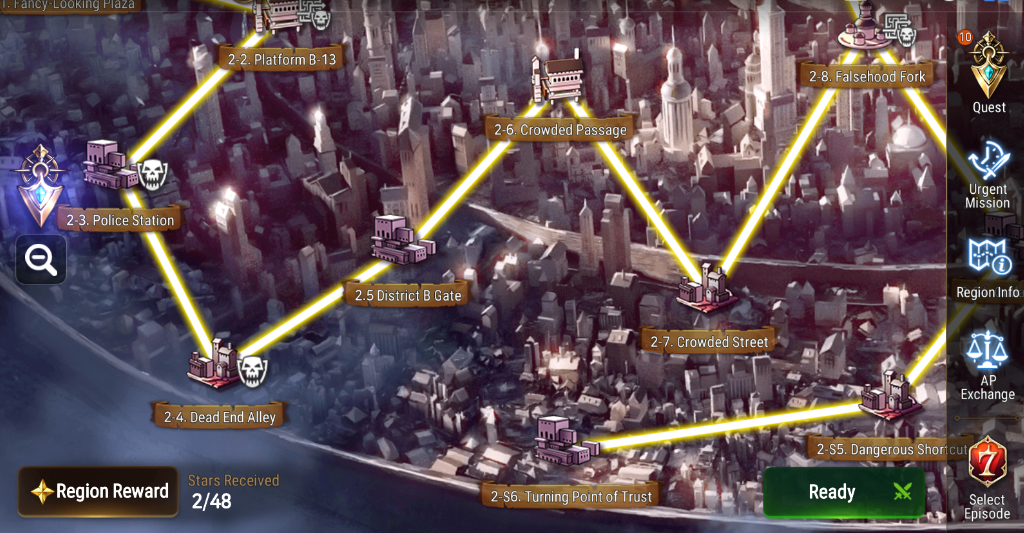 - Chapter 2, West Politia, has a total of 10 Quests that players will be able to complete.

- After clearing all 10 Quests in the chapter, players will receive a 4★ Artifact summon ticket. 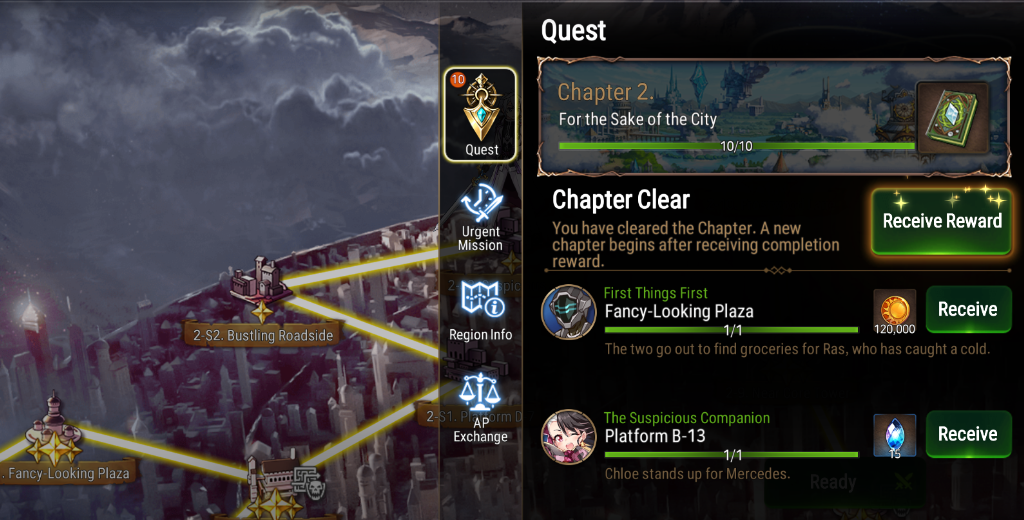 - Clearing stages in chapter 2, West Politia, will grant the player AP which can be used in this area’s AP Exchange.

- Players can receive AP in West Politia and exchange their AP for items in the AP Exchange. 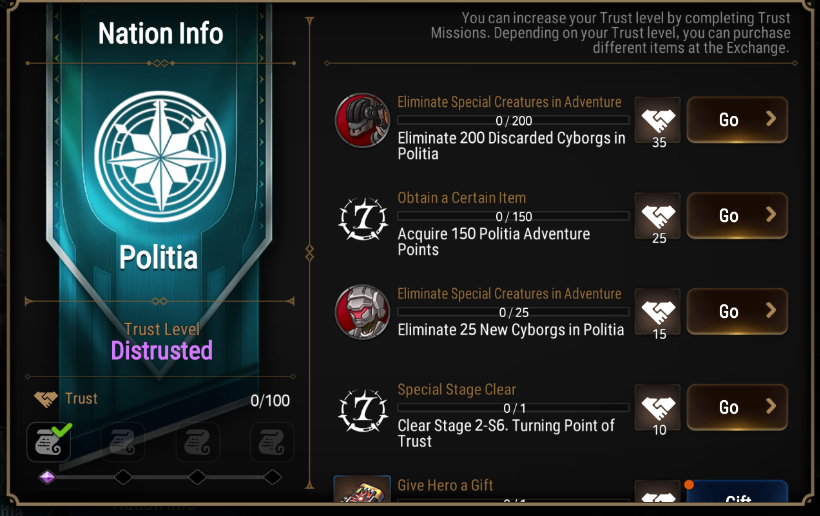 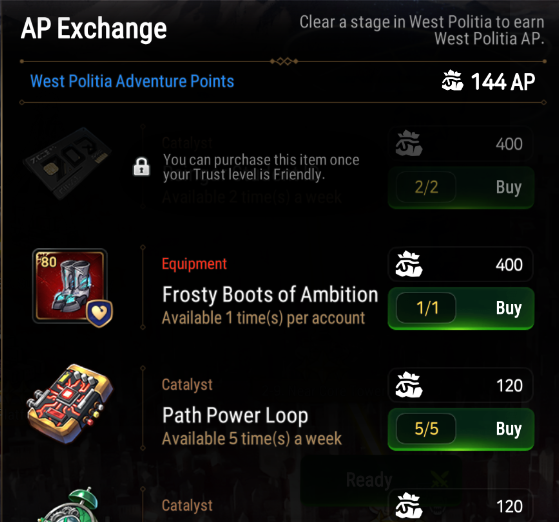 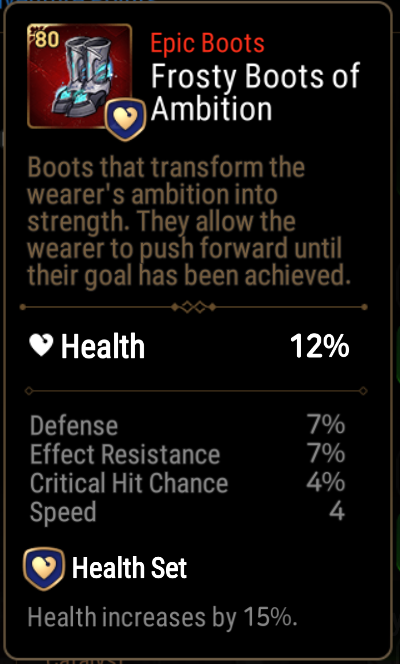 The 2★ monster, Army Dog will be added.

- Chapter 2, “For the Sake of the City” will be added to the Episode 3 Story Journal.

- Players can receive the background pack, Mechanical City as a reward for clearing all quests in Episode 3, Chapter 1.

Players can meet this Light elemental Knight who, after suffering an Attack that targets all allies, grants a barrier to all allies, in the Mystic, Covenant and Moonlight summons. 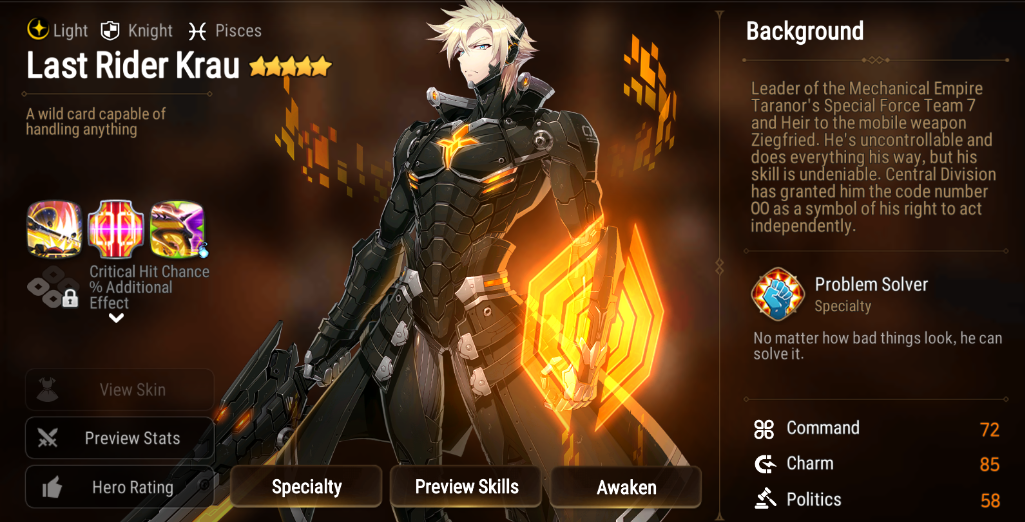 In this Drop Rate Up event, meet the Ice elemental Hero, Sez who contains the enemy by dealing high damage via a powerful additional Attack. Players can also obtain the Thief exclusive Artifact, Manica of Control which increases the Critical Hit Chance and Hit Chance of a single Attack.

■ The 5★ Thief exclusive Artifact, Manica of Control will be added. 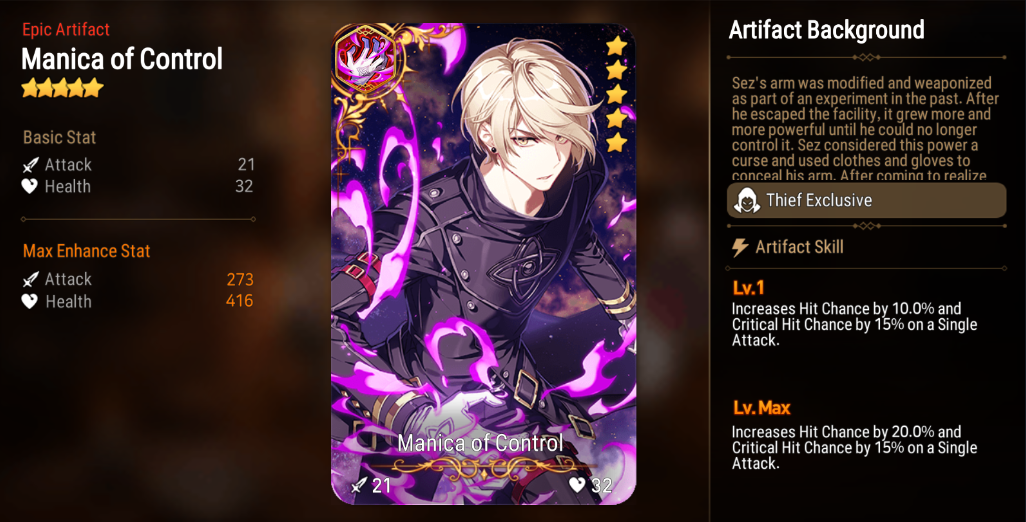 In this Drop Rate Up event, meet Ludwig, an Earth elemental Mage who protects himself with Invincibility and a Barrier, while also being able to attack all enemies with a powerful skill that penetrates Defense. Players can also obtain the Mage exclusive Artifact, Time Matter, which activates powerful effects after eliminating an enemy.

- Improvements will be made so that when you obtain her through connections, you will obtain her at her highest skill enhancement level

- If a player has already obtained Free Spirit Tieria all of her skill level will be maxed.

- Players will be reimbursed all materials (Gold, MolaGora, Catalysts) which were used to enhance Free Spirit Tieria’s skills.
- However, if Friendship Level 10 has already been reached and the skill points or MolaGora have already been acquired and used, then the spent amount will be deducted from the reimbursed amount.

- Adjustments will be made so that Skill Points (or MolaGora) cannot be obtained even if Free Spirit Tieria’s Friendship level reaches 10.

- The following restructuring will be applied to [Adventurer’s Path > Beautiful Pursuer].

The following are the Heroes who can now use Japanese voice.

※ We will continue to increase the number of Japanese media pack-enabled heroes.

- Purchase Period: For players who fulfill the criteria above, this pack will be available for 3 days.

※ Heirs who have already cleared the stage mentioned above will have this pack displayed for 3 days when they login after the update is finished.

- Certain packs will have an animation applied in-game

- Adjustments will be made to correct the skill description of the Boss, Benevolent Romann, who appears in Episode 3 Chapter 1-8. However, no functional changes will be made.

- Adjustments will be made to correct the skill order for Phantom Haste and Phantom Specimen Sez who appear in the Automaton Tower. Please note that no functional changes will be made.

- Certain typos in the background story for the 5★ Hero Kawerik will be fixed.
- Some of the Friendship Topics for the 5-star Hero Elena will be adjusted to match her camping topics.

- BGM and Hero animations will be added to the hidden story in Episode 3 Chapter 1.

- The speed for the Bosses in a Level 2 Expedition will be reduced.

- If the skill effects from Attack and Defeat are triggered on multiple Heroes at the same time, the order will be adjusted so that it is random.

- Improvements will be made so that a player’s current Energy amount is not displayed at the top of the Arena screen.

- Players will be directed to the Skystone Shop when they tap the pop-up to purchase materials which are displayed on the Arena screen.

- An issue that caused players to be directed to the lobby when they tap the back button from the Hall of Trials Exchange will be fixed.

- An issue were an error screen was displayed when a player tried to join a Guild right after disbanding one will be fixed.

- The name for the Lv. 90 Wyvern Ring that can be obtained by Equipment Forging will be changed.

- Improvements will be made to the way reward boxes are displayed for the daily/weekly Three Sisters’ Reputations. The boxes that can be received will now have a notification dot displayed as well.

- The Expedition Reputation conditions for Conclave will be adjusted as follows.

- An issue where, in certain situations, an error message displays when obtaining Amazon Prime rewards will be fixed.

- An issue will be fixed where sound did not output after playing the Episode 3 PV.

10. Special Side Story Preview - Thieves under the Light of the Full Moon

Next week the special side story, “Thieves under the Light of the Full Moon” will begin.

See a story unfold where thieves appear in Savara before the Ki Ruburan Full Moon Festival, with their own plans in mind. 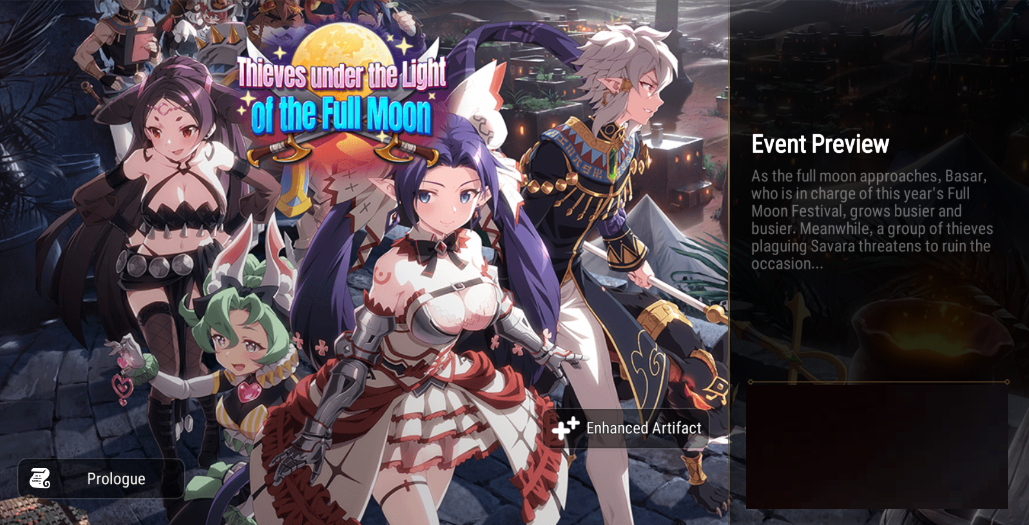