Players may now access this Drop Rate Up Event!

We apologize for any inconvenience that this may cause, but the starting time for Kawerik's Drop Rate Up event has been delayed.

This Drop Rate Up event features Kawerik, a Fire-elemental Mage who can turn the tide of battle by increasing an opponent’s skill cooldown as well as increasing his own speed. It also features the Mage exclusive Artifact, Black Hand of the Goddess, which is very useful at the start of battle especially for Heroes who are effective in short battles.

2) Details: The 5★ Hero, Kawerik and the 5★ Artifact, Black Hand of the Goddess will have a higher summon rate.

- The target 5★ Hero will have their probability rate increased to 1% when summoning on this banner and no other 5★ Hero can be summoned.

- This 5★ Artifact will be added to Covenant Summons once this event ends. 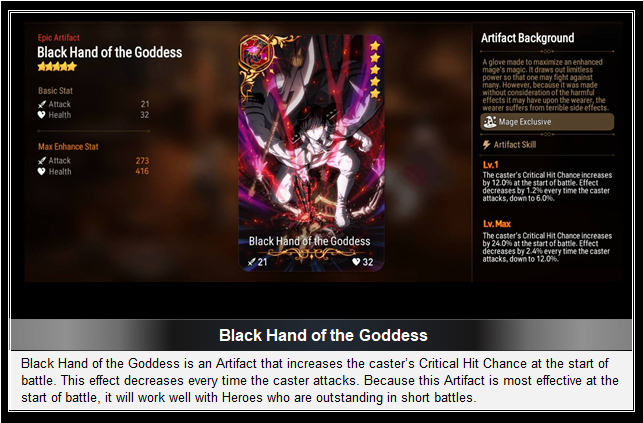