Cerise, an Ice elemental Ranger, daughter of Furious and young administrator of Aakhen with the ability to decrease speed and inflict the new Debuff  Restrict, and the ranger exclusive Artifact, Guiding Light, which gives the caster the ability to be given Stealth, are available in this Limited Summon banner!

2) Details:  The 5★ Hero Cerise, and the 5★ Artifact, Guiding Light will have a higher summon rate!

※ Please Note.
- The increased summon probability only applies to the specified banner.
Players are able to summon on this banner, the other Drop Rate Up Banner or the standard Covenant Banner.

- The 5★ Hero Cerise and the 5★ Artifact, Guiding Light, will only be available in this Limited Summon banner and will not be added to Covenant Summons following the end of this limited drop rate up event.

- This Hero and Artifact may be sold in the future in the same or similar fashion.

- In this Limited Summon Banner, the 5★ Hero Cerise will have her summon probability increased to 1% and no other 5★ Hero can be summoned. 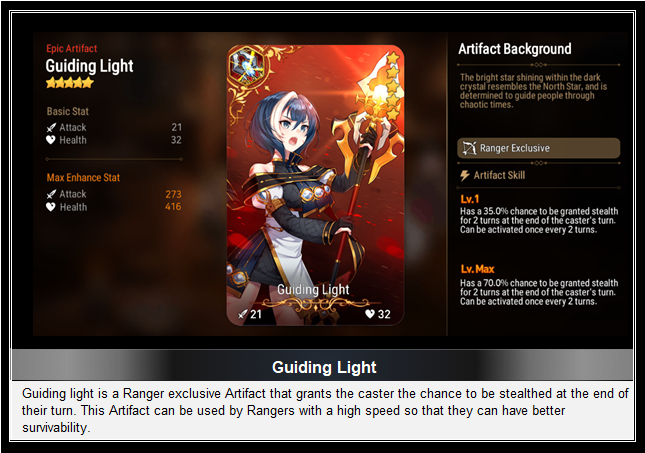