Charlotte remake is disappointing and a nerf [22]

- harder to get the attack buff

These will significantly decrease her value in pve while still leaving her useless in pvp because of the ice meta.

All she needed was literally just +10 speed or more proc chance for her stun on s2 and everybody would have been happy. 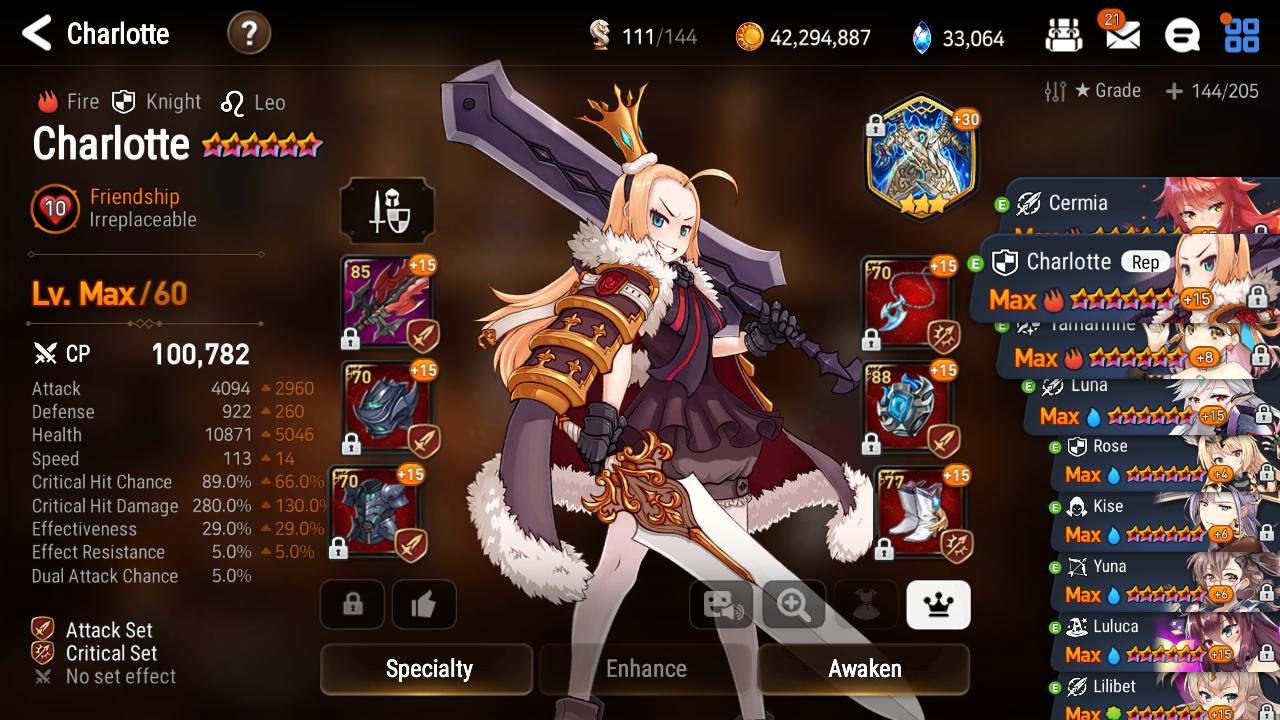