The 5★ Earth element Ranger Bellona, and the 5 Star Ranger exclusive Artifact, Iron Fan, which increases damage dealt when attacking Ice elemental targets is here to meet you in this Drop Rate Up event!

2) Details: The summon rate for the 5★ Hero, Bellona, and the 5★ Artifact, Iron Fan will have a higher summon rate!

- The Drop Rate Up applies only to Bellona’s Banner during the event period. Players are able to use both the Guaranteed Drop Rate Up Banner as well as regular covenant summons.

- The 5★ Hero, Bellona will have her probability rate increased to 1% when summoning on her banner and no other 5★ Hero can be summoned. 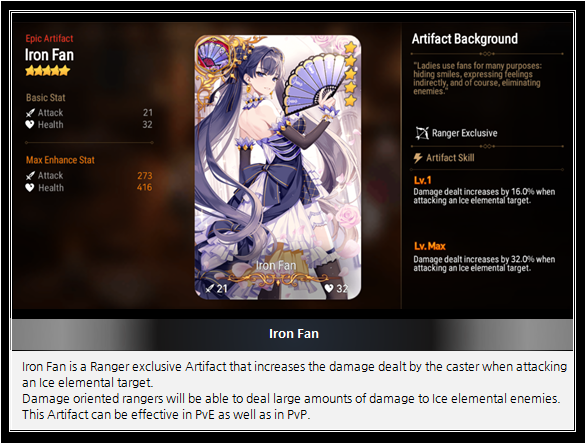