Hello Heirs.
This is Epic Seven.

The day that our Heirs have been waiting for is almost here! From December 26, 2019, you will be able to participate in the World Arena!

The World Arena is a new Arena content where Epic Seven Heirs can have real-time PVP battles. Heirs on the Korea, Asia, Global, and Europe servers will now be able to show their skill to all the Heirs around the world. We hope that with the addition of this new content, our Heirs will form new strategies and utilize more Heroes.

Now, we will give you more details regarding the World Arena.

The Pre-Season 1 World Arena will be open 24 hours every day, excluding maintenance periods, allowing our Heirs to participate as much as possible. Additionally, no currency will be required to enter. Heirs on the Korea, Asia, Global and Europe servers who are Account Rank 60 and above can participate in the World Arena. As no currency will be required to enter Pre-Season 1, no rewards will be awarded for World Arena.

Please note that after the end of Pre-Season 1, the World Arena participation method and rewards may be adjusted and applied to Pre-Season 2.

Tapping the Arena icon on the lobby, players may enter either the Arena or the World Arena. 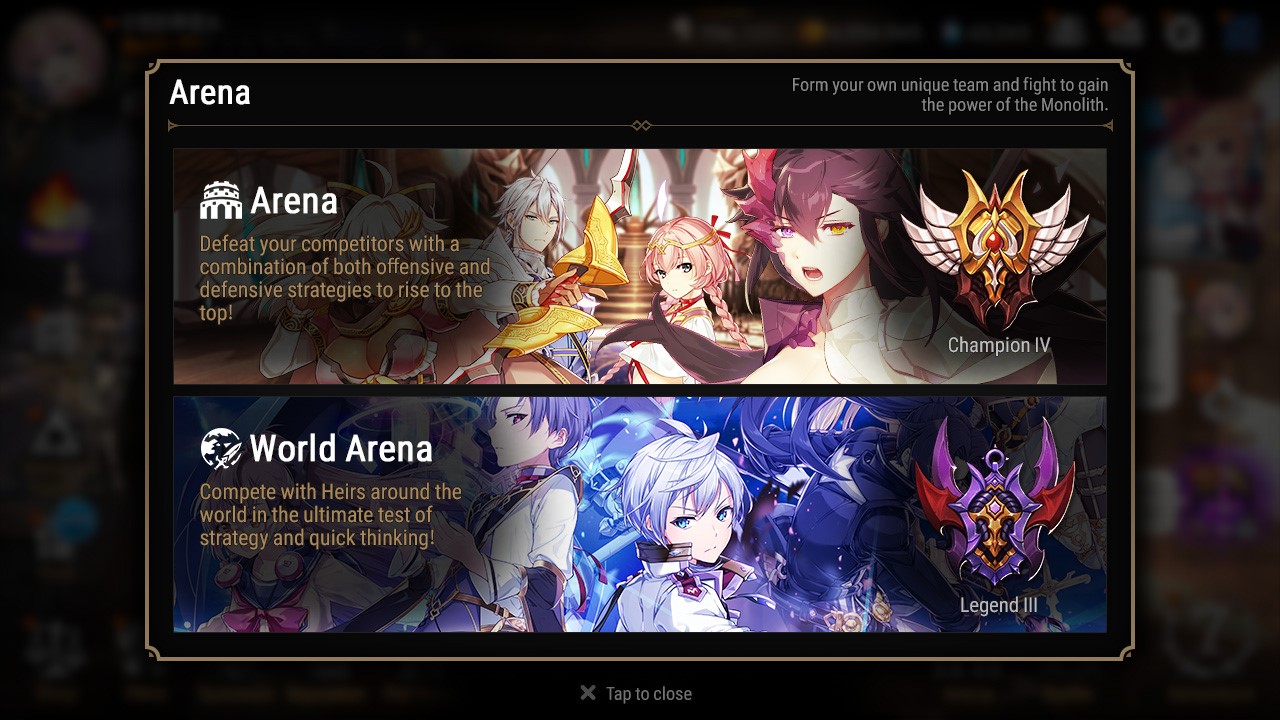 Tapping on the World Arena tab will direct you to the following lobby window. 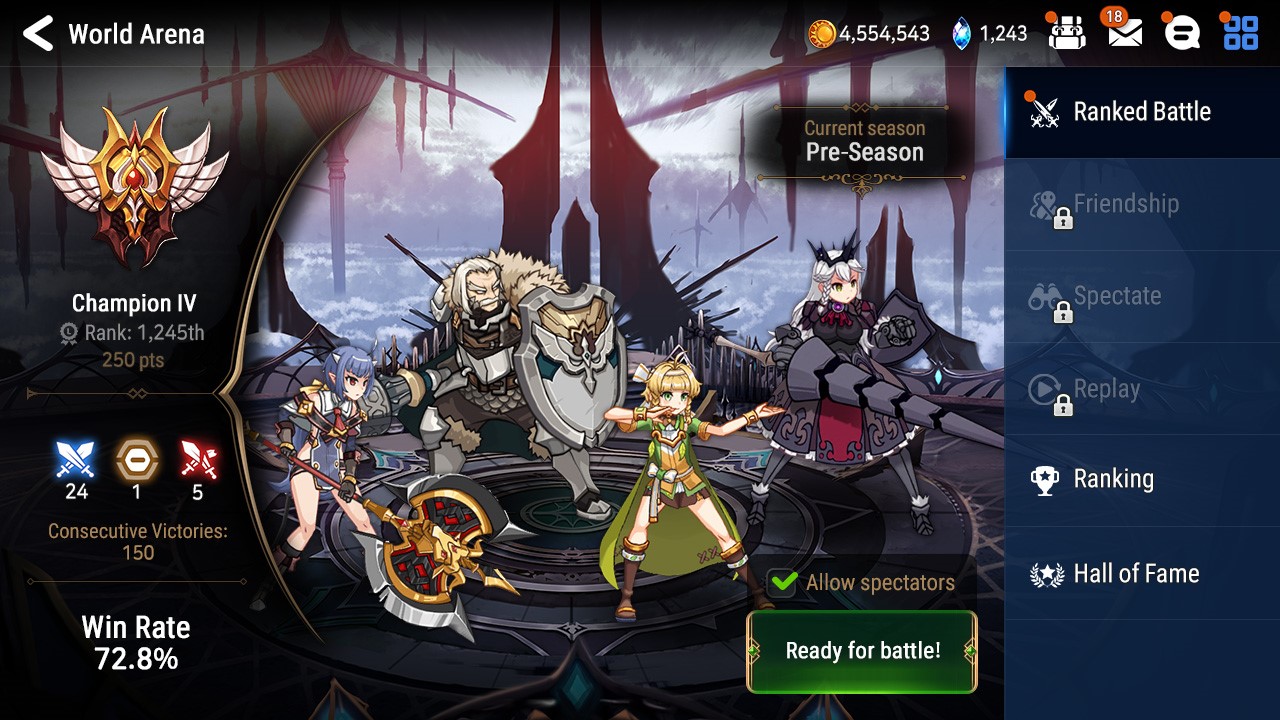 In the World Arena lobby, players can view the team that they used in the previous battle, their World Arena ranking, World Arena grade, and their Victory/Defeat stats. When you tap on the ‘Ready for battle’ button, you will be matched with an Heir with whom you have similar victory points and stats. You will not be matched continuously with the same opponent. 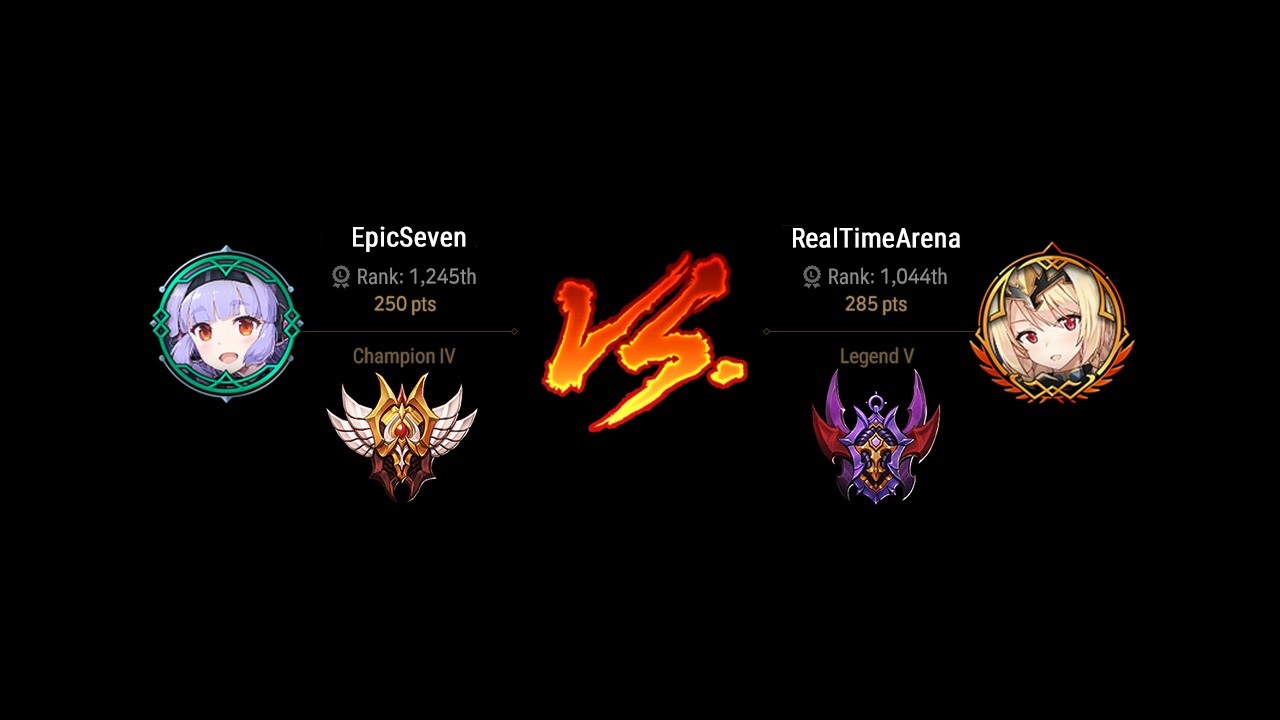 Once the matching process is completed, Heirs will be able to see the ID and World Arena ranking of their opponent. Thereafter, players can select and also ban the Heroes to participate in the battle. 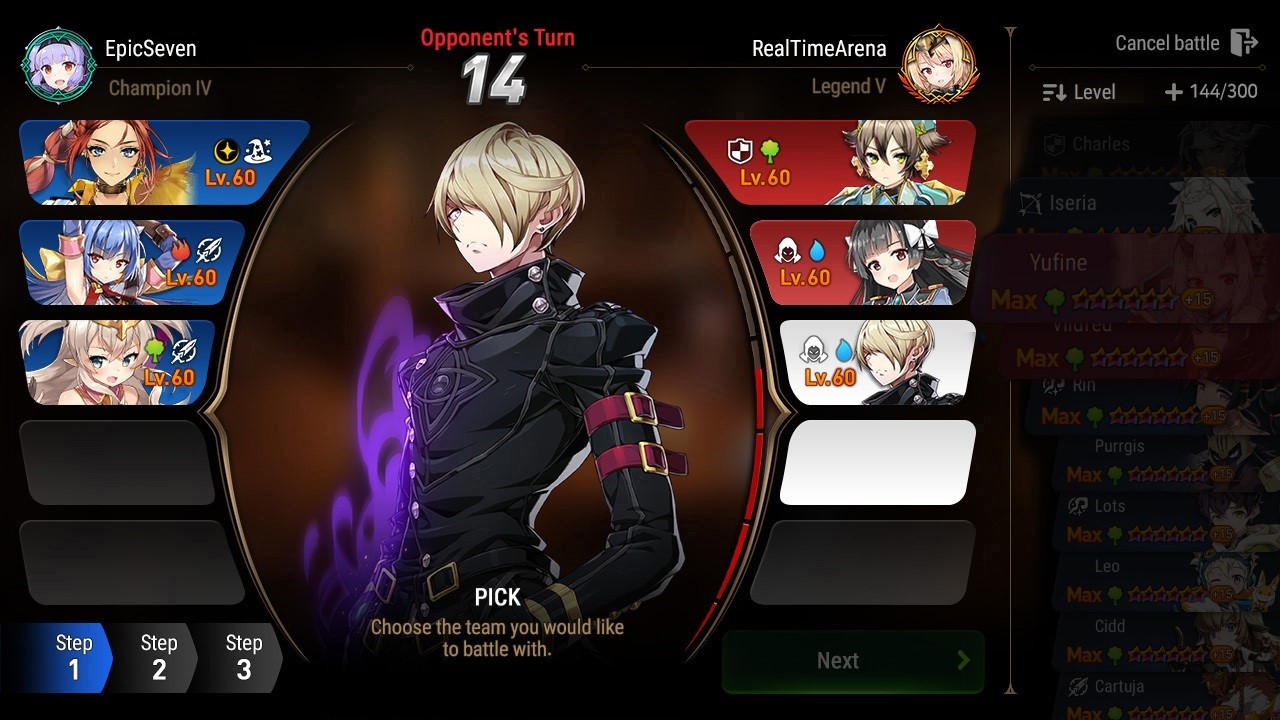 See below for more information regarding the Hero selection and ban process.

1. Matched Heirs will take turns to select five Heroes to use in the match

2. Players will then be able to select an opponent’s Hero to ban from the match

3. Players will place the Heroes in the team

Players will have 30 seconds to complete each step. Please see below for more detailed information.

Here is a summary of the whole process. 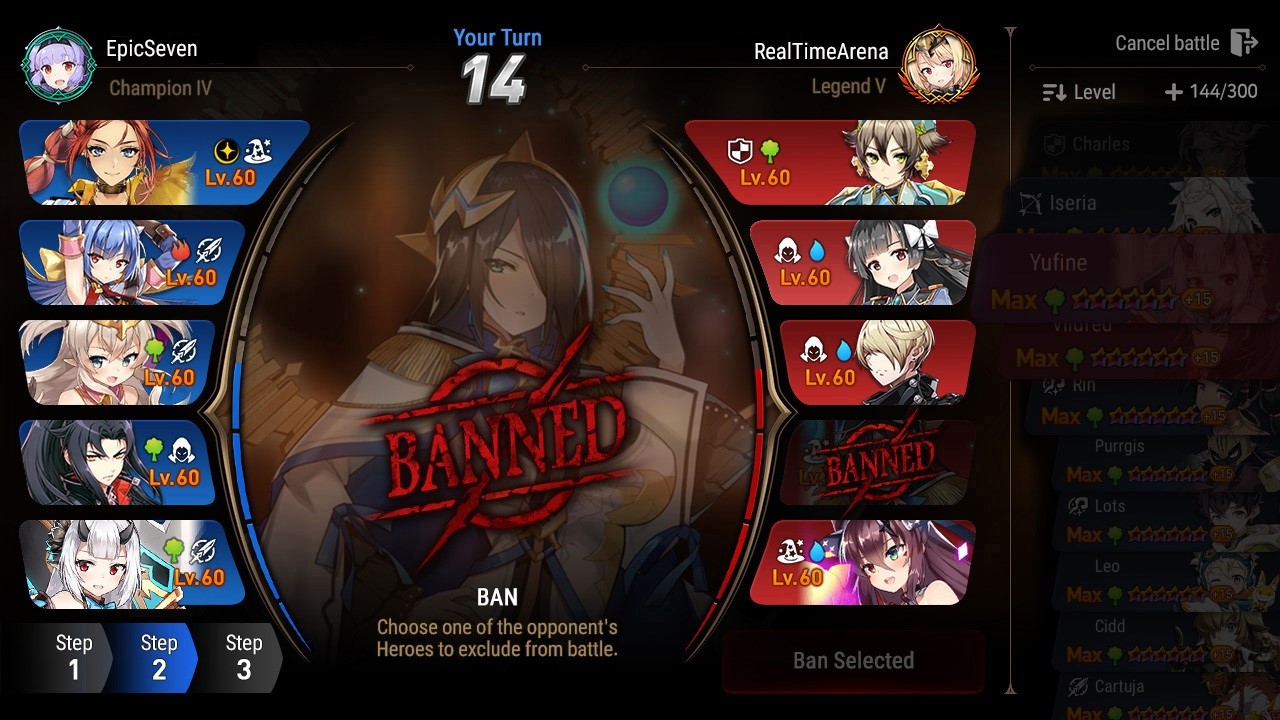 Once both Heirs have selected 5 Heroes, they can then ban a Hero from the opponent’s list. This process will be conducted simultaneously for both Heirs, and the banned Hero designated by each Heir will be revealed once both Heirs have completed their selection. If you do not ban a Hero within the time limit, one of your opponent's Heroes will be randomly banned.

How to Play World Arena

In World Arena, each Hero’s turn will have a time limit. If the time limit is exceeded, then the AI will automatically use a skill. While Protector’s Punishment will not be active like in standard Arena mode, the World Arena will, after a certain number of turns, increase the amount of damage received by all Heroes as well as decrease the amount of health that can be recovered.

A total of 9 levels will be applied for this rule. As the level increases, the amount of damage inflicted will increase and the amount of health that can be recovered will be decreased.

These additional rules are being carefully considered to prevent very long battles in World Arena that may fatigue our Heirs. After Pre-season 1 and Pre-season 2, we will make adjustments to the additional rules to ensure that the World Arena battles end after an appropriate amount of time. The goal of this content is to ensure that our Heirs experience a variety of strategies, as well as to have fun watching the battles.

Just as in the standard Arena, once you have enough souls, you can use Soulburn during your Hero’s turn. Heirs can check the number of Souls that the opponent possesses by checking the section under the health bar. When the opponent uses a Soulburn effect, it will be displayed with a separate effect so that it will be easily distinguishable from a standard attack. Knowing the combat readiness and amount of souls an opponent has will give you a strategic advantage. We hope that our Heirs will enjoy deploying various strategies using features like Soulburn.

As stated earlier, the World Arena will begin with Pre-Season 1 on December 26, 2019. The regular season will begin once pre-season 2 is completed.

During Pre-Season 1, which is planned to last for about two to four weeks, Heirs will be free to participate in the World Arena, with no restrictions other than the Account Rank requirement. During this time, we hope to receive valuable feedback from our Heirs so that we can enhance the quality of the World Arena content. We hope that you understand that World Arena access could be temporarily suspended if any major issues are discovered during the pre-season.

Pre-Season 2, which will take place after the end of Pre-Season 1, will last for about three months. We will begin the regular season after both Pre-Seasons have been completed.

In the regular Season, we will add a function where Heirs will be able to watch the battles of other Heirs, and a replay function which will allow Heirs to watch their own battles. With the start of the regular Season, players will be able to acquire new currency based on the outcome of the battle, and this new currency can be used to purchase honor rewards from an exclusive shop that will make you stand out amongst other Heirs.

Furthermore, we will continuously update World Arena with different game modes such as friendly matches where Heirs can play against their friends and event matches where specific rules are applied to the match.

With the introduction of World Arena, we are preparing to host various events offline. We ask all of our Heirs their support and encouragement. We also hope that you will enjoy creating new strategies with the addition of this new PvP content.