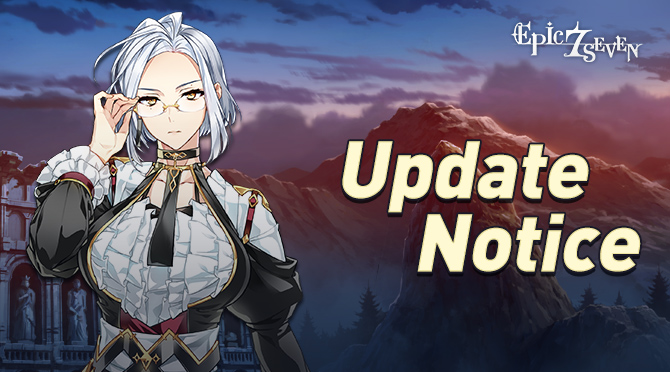 Meet Elena, an Ice elemental Soul Weaver who protects her allies and attacks enemies using the power of the stars. Find out more about Elena in her side story, When a Star Falls!

* Please note that there will not be a maintenance period and the update will automatically be applied.

The High Priestess of Constella who is gazing up at the shining stars!

Stella Harpa, a Soul Weaver exclusive Artifact that has a chance to dispel one debuff from an ally when attacked, will be added.

Elena who, despite her youth, now leads the faithful of Constella with her unwavering devotion and strong connection to the Spirits alongside the Soul Weaver exclusive Artifact, Stella Harpa, is here to meet you in this Drop Rate Up event!

Several Constellan merchants have been charged with smuggling and detained in the Aakhen Exile Colony. Under pressure from the elders of Constella, Elena, who succeeded her parents as High Priestess, embarks for the exile colony in the hopes of resolving the matter…

‘When a Star Falls’ is a 2 week Side Story. Players will need to clear certain stages, complete various reputations and quests, and collect special Side Story currency which can be exchanged for other items!

The following Heroes will receive benefits when used in ‘When a Star Falls’.

- Elena’s side story, When a Star Falls, takes place in Aakhen Exile Colony.

- Players will be able to exchange the event currency, Star Sapphire Gemstone for items in the exchange. Players can obtain this currency by clearing battles in the Side Story.