I have been commenting on other posts saying the same thing over and over. I will just post it here.

The community is giving backlash because SC did what they promised, but you are still not satisfied.

I said this in my previous post, but i will make it more clear now, you are annoyed because you hyped your self up on the little information shared by SC and what SC provided didn't match your hype.

That isn't SC's fault. You hyped yourself up.

Telling this community something is coming months in advance. That was SC's fault.

The Dev's did their job. They met you halfway and included these aspects into the game. Yet, you want more.

Even if you try it won't happen.

All gaming companies try to devise strategies that will allow players to "sink" more time into their game. The "time sink" part of the game players spend "playing" E7 is the grind. The challenge of the game in this current state is to complete hero building while facing off vs RNG. The challenge isn't some endgame content that must unite your roster to be beaten; it isn't some varying player to player game format.

Even defense PVP is part of the grind. Every aspect of the current game is a hunt for resources to complete building heroes like trophies (i said this in my last post).

After the 15+ built hero, THIS IS BORING, because there is nothing to really do with them after building them. I blame this on the shift from producing engaging content to more Quality of life content. (I wonder who's to blame for this shift? hmm) Like what happened to Hero Rebalancing? Epic passes?

Because of scheduling this year, SC has yet to meet all the expectations of their own to do list. At this point, I am hoping for devs to start ignoring the community and going back to their own timeline. Once an adequate amount of engaging content is released, THEN should players start griping about QoL again.

Why? Remember the time sink i mentioned earlier? well, if the time sink shifts from grinding to... RTA? for example, SC will still have players engaged with their game. BUT NOW, this engagement doesn't have to be artificially boosted with RNG on more RNG. Players will have a legitimate reason to rant about hero progression because it will impede on the time sink that is RTA, for example.

Please, for the love of this game, stop asking devs for more QoL stuff. I hope they stop listening and just do their own thing. if they do continue to listen though, I hope the community, at that time, will be screaming "more content!" and not "better QoL!" 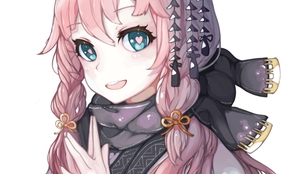 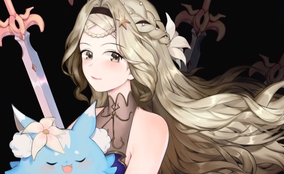