A stubborn daughter and overprotective father. As they hide their true feelings about each other, misunderstandings between the two only grow deeper with each passing day...

Find out what happens in this Side Story today! 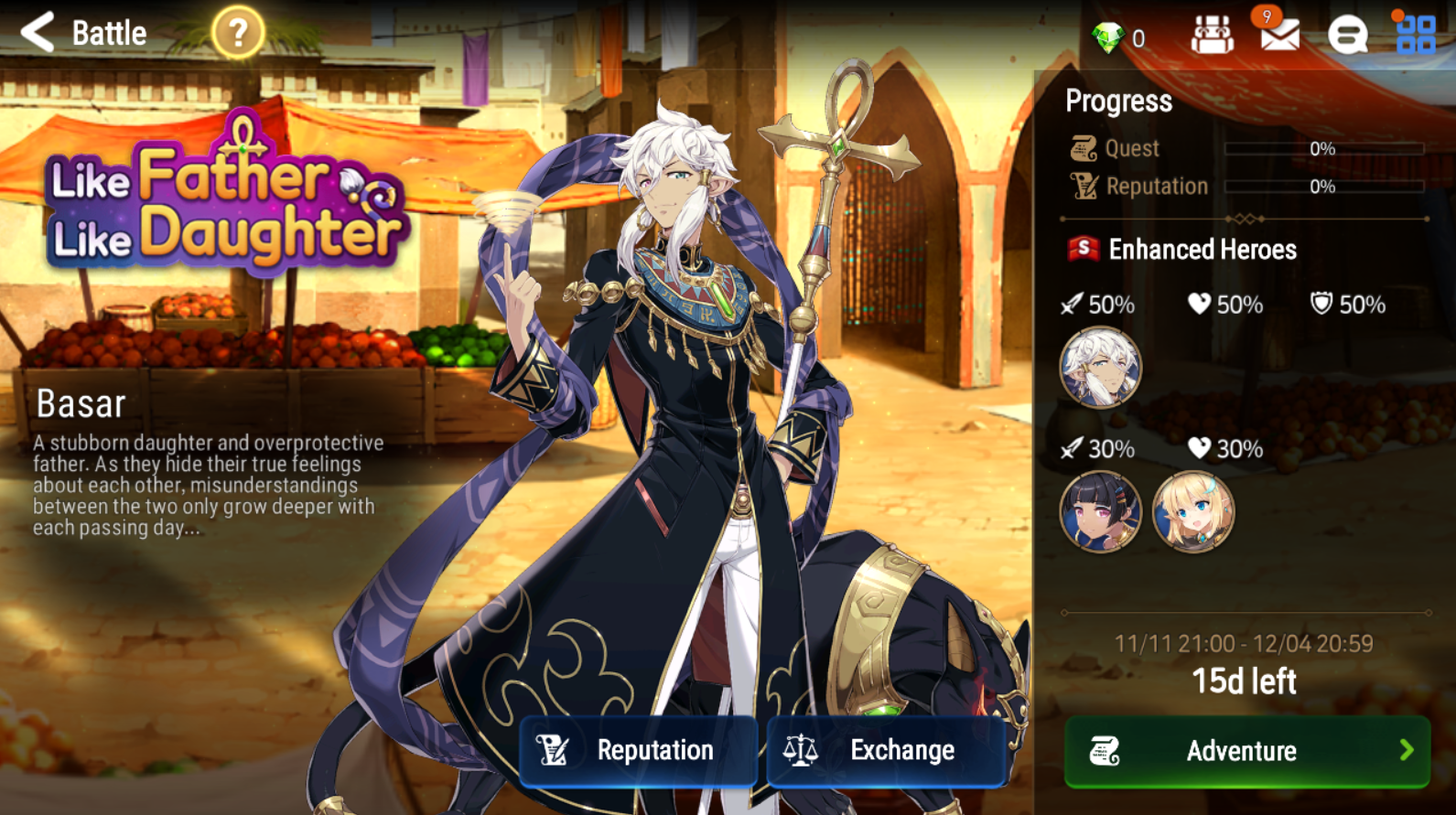 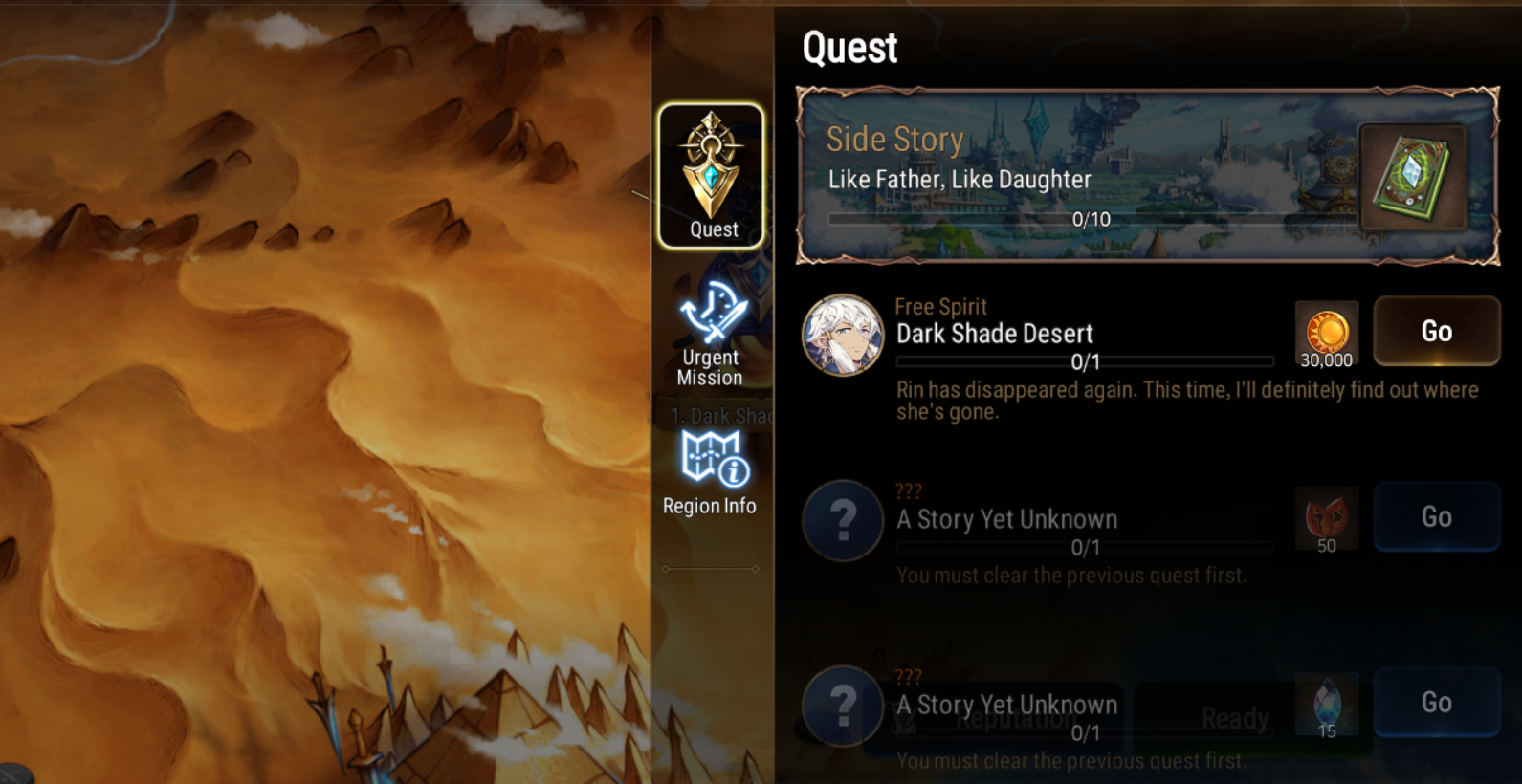 * Players can also receive Urgent Missions while playing the Side Story.

* In the Side Story region, players can acquire 2★ Monsters and Catalysts. Players can see this information by tapping the Region Info icon.

* Enhanced Heroes will only receive these benefits when used in this Side Story.

- Stages [4. Golden Sun Town] and [10. Plains of Regret] are comprised of various difficulty levels that players can select.

- Upon clearing these missions, players will be awarded Skystones.

- Players will be able to exchange the event currency, Basar Guild Artificial Gem for items in the exchange. Players can obtain this currency by clearing battles in the Side Story.