The tenacious and beautiful Queen of Wintenberg,
Meet the Fire Knight Cecilia now!

Heirs, the special Side Story you have been waiting for,
“The Shadow of Ravenwing Manor” has finally arrived!

Finally, the wandering merchant Huche will return with his Pop-Up Shop!
Enjoy this update with Epic Seven!

The Fire Knight Cecilia who can take down enemies,
with her high Health is ready to meet our Heirs in her Drop Rate Up event!

2. Side Story ‘The Shadow of Ravenwing Manor’ Week 1

Whispers of ghosts keep anyone from approaching Solayu's deserted Ravenwing Manor. That doesn't stop Serila and a few other brave souls from entering, but it's not long before its secrets begin to reveal themselves...

‘The Shadow of Ravenwing Manor’ is a special 3 week Side Story. 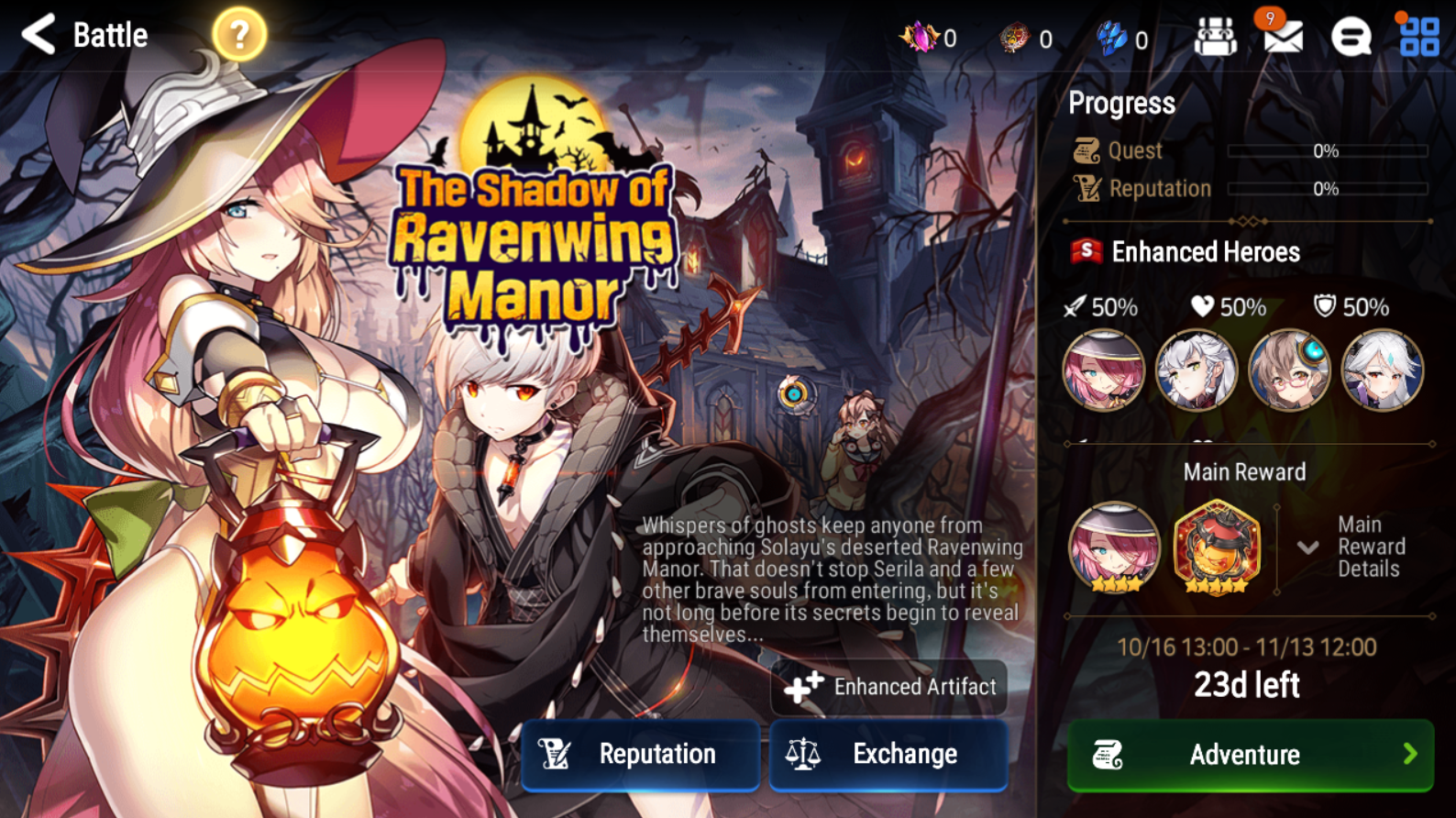 The following Heroes will receive benefits when used in ‘The Shadow of Ravenwing Manor.’

The 4★ Artifact, Spooky Solayu Stories, when used by a Hero who has this Artifact equipped and participates in battle, will provide players with additional event currency, ‘Limited Edition Jewelry’ and ‘Old Insignia’. (Week 1)

This effect can only be applied once and it is based on the Artifact’s Skill Level and not the Enhance Level. 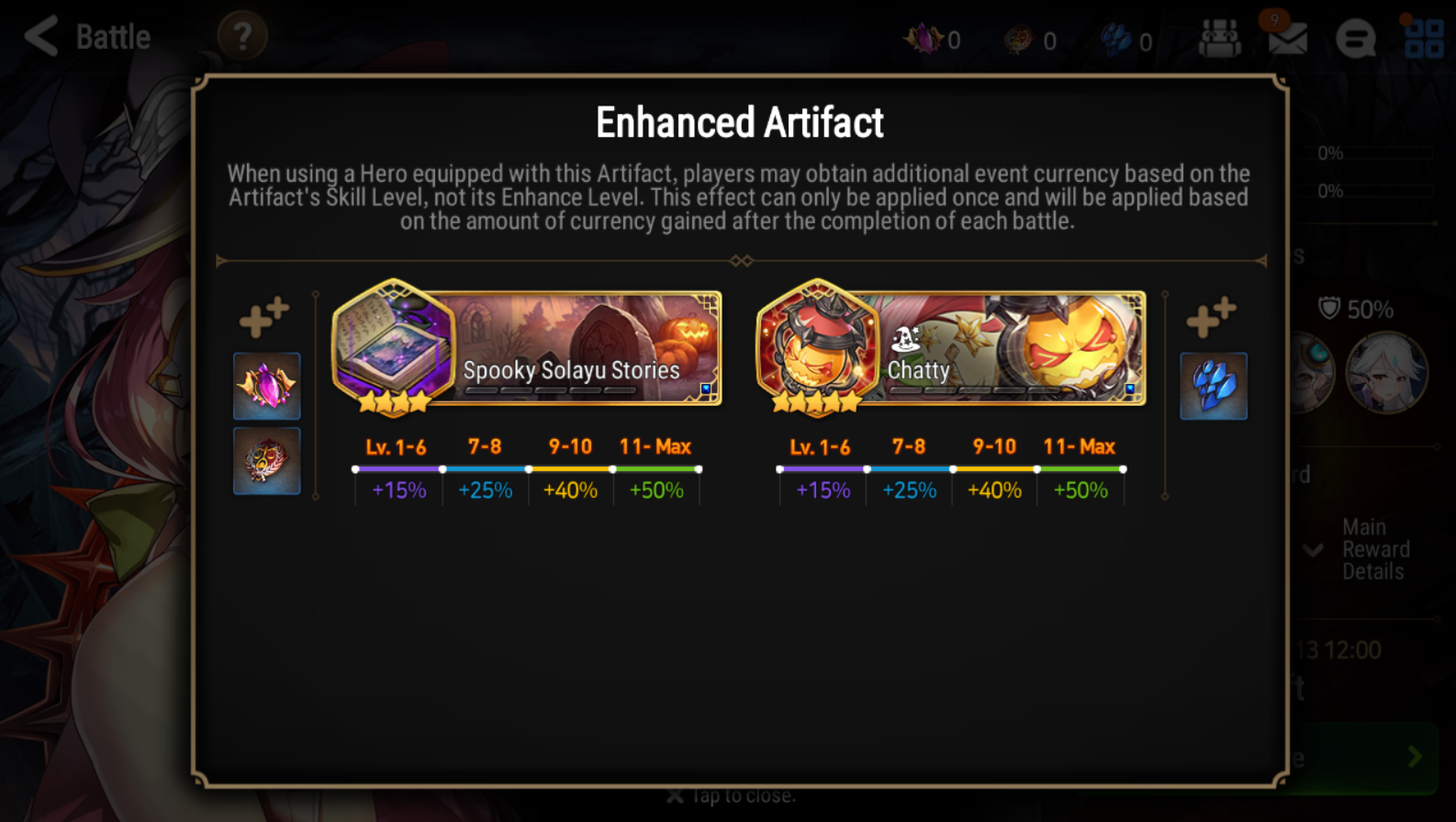 - [4. Ravenwing Manor Entrance] is a Branching Stage where the story is divided according to the choice made by the player.

- A new story cannot be started until the current story has been completed.

* [13. Weeping Hallway] will be accessible in the 2nd week of the Side Story. 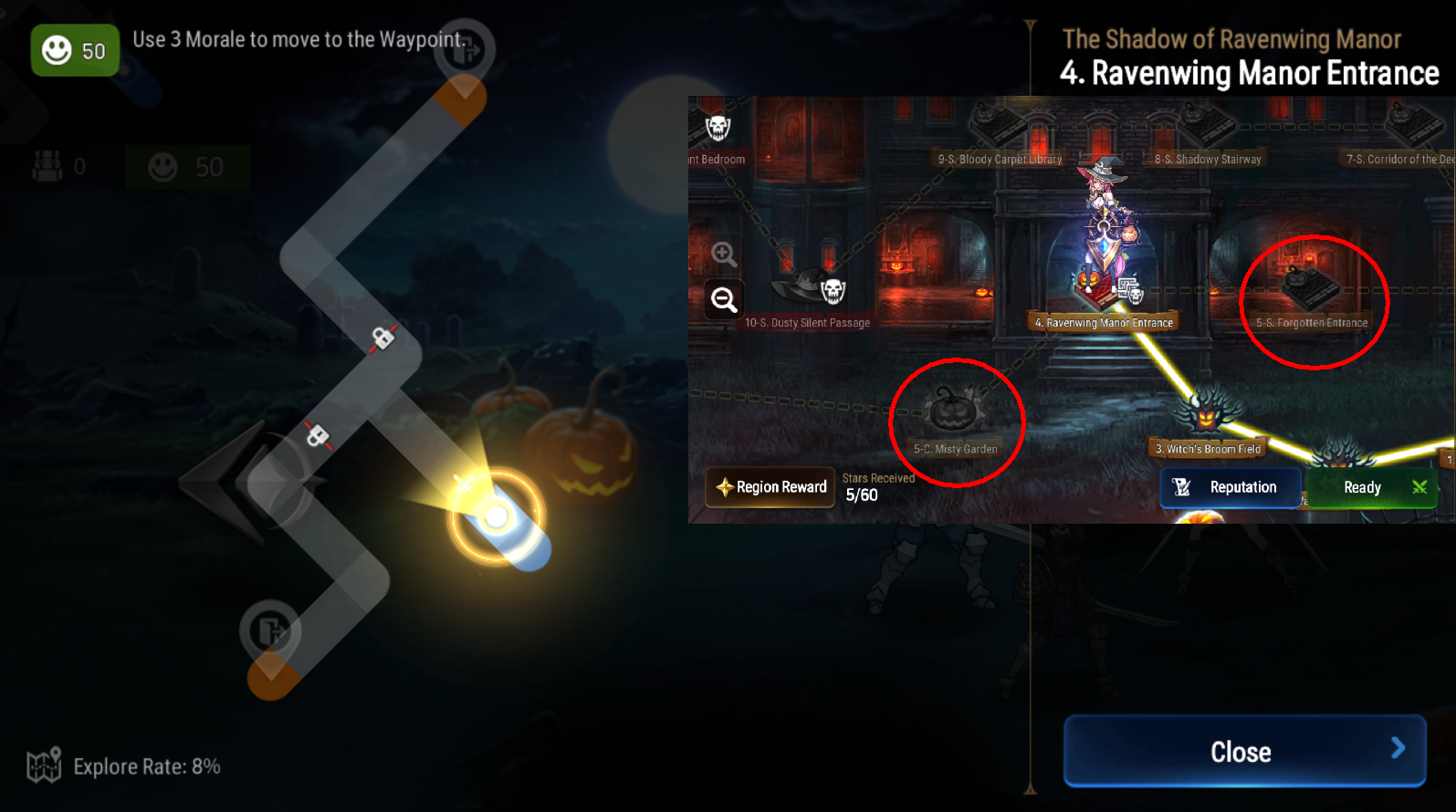 - Players will have the opportunity to receive the 4★ Hero, Serila after clearing stage [10-S. Dusty Silent Passage].

- Epic Catalysts and Event Currencies cannot be obtained in this stage. 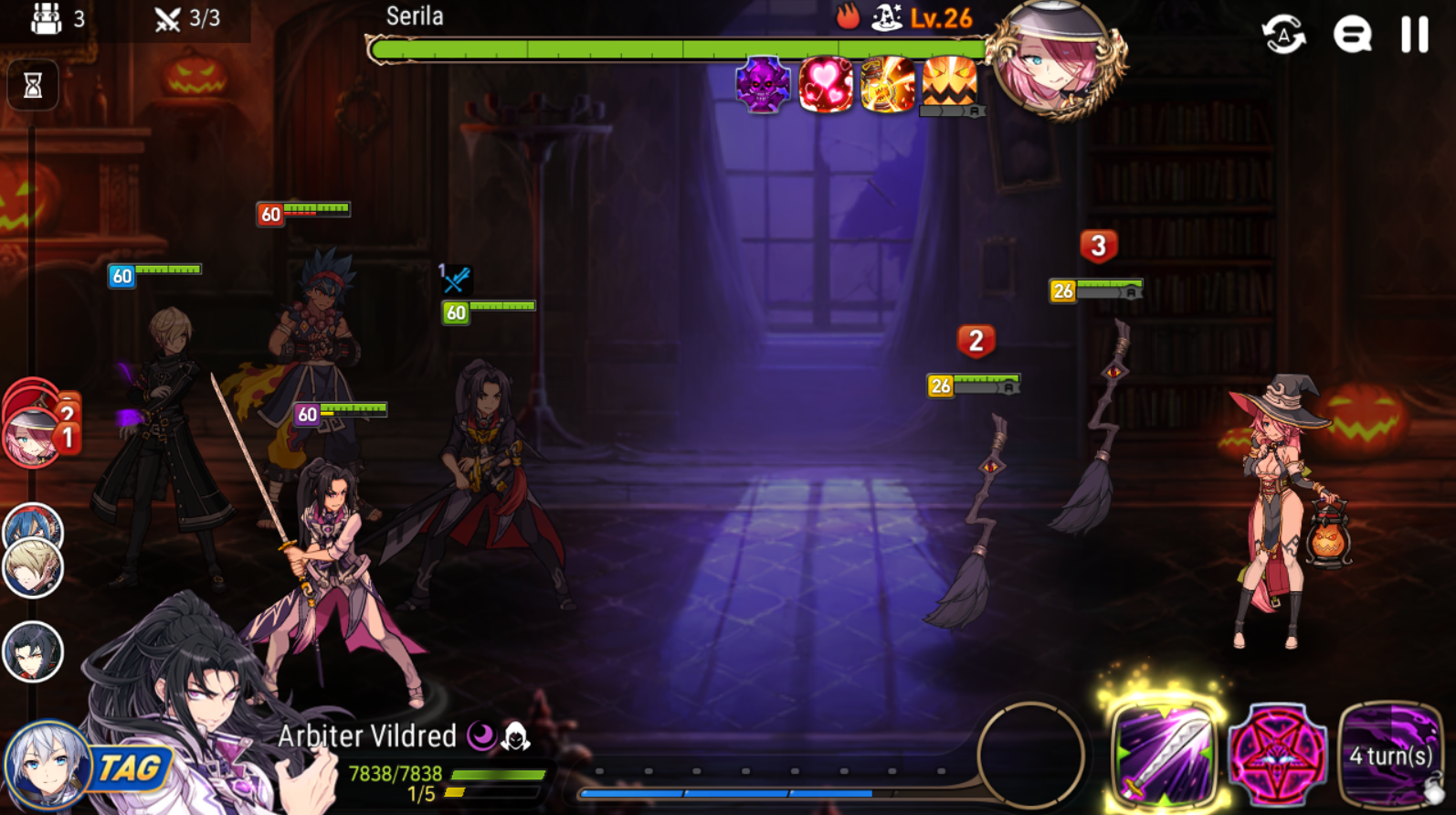 - The 4★ Hero, Serila cannot be used to Enhance or Promote other Heroes.

- This Hero can only be used to Enhance, Promote, or Memory Imprint other Serila’s.

- This Hero will not provide any Silver Transmit Stones if transmitted. 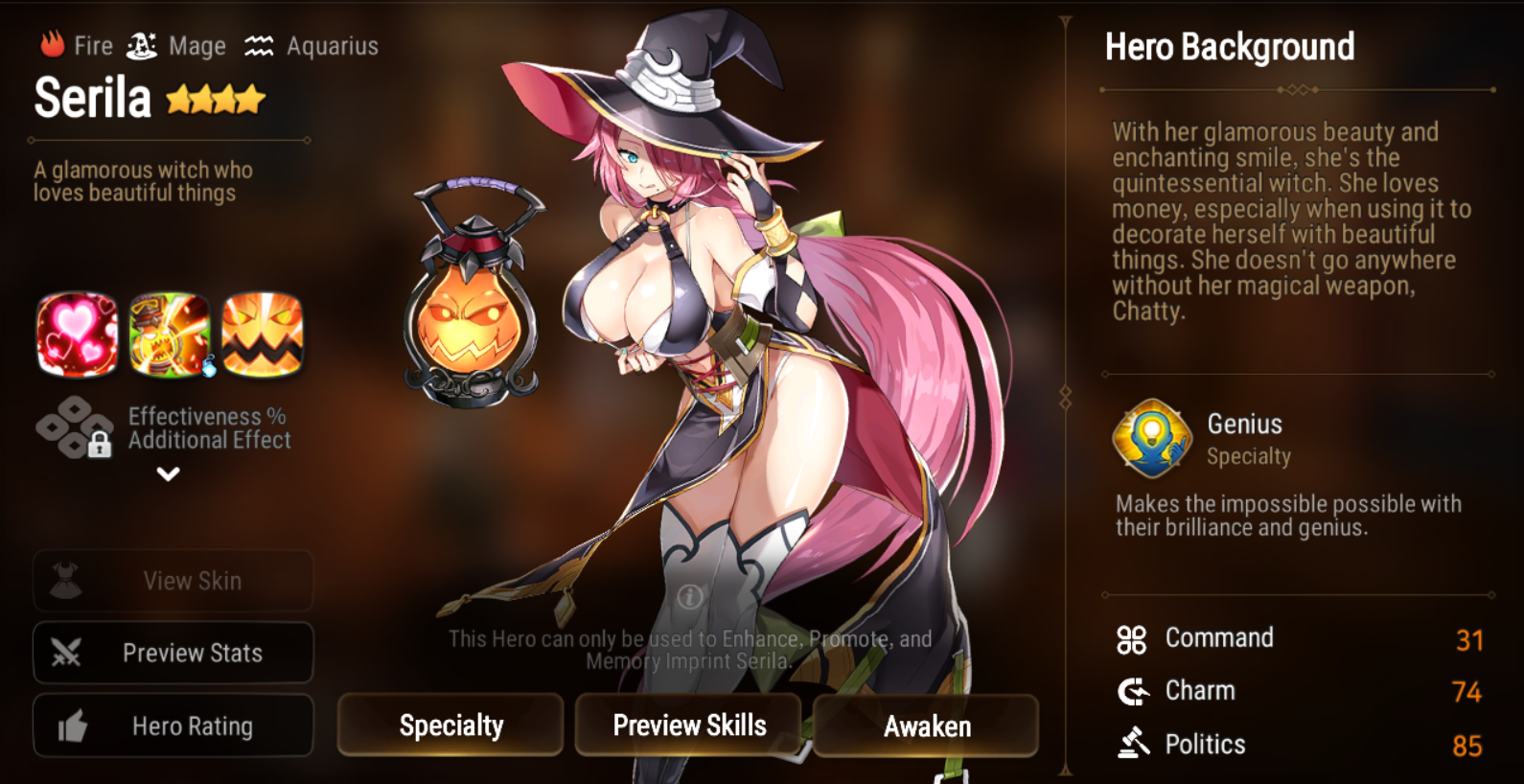 - At Normal difficulty and above, players have the chance to obtain the Epic Catalyst, Blazing Soul. 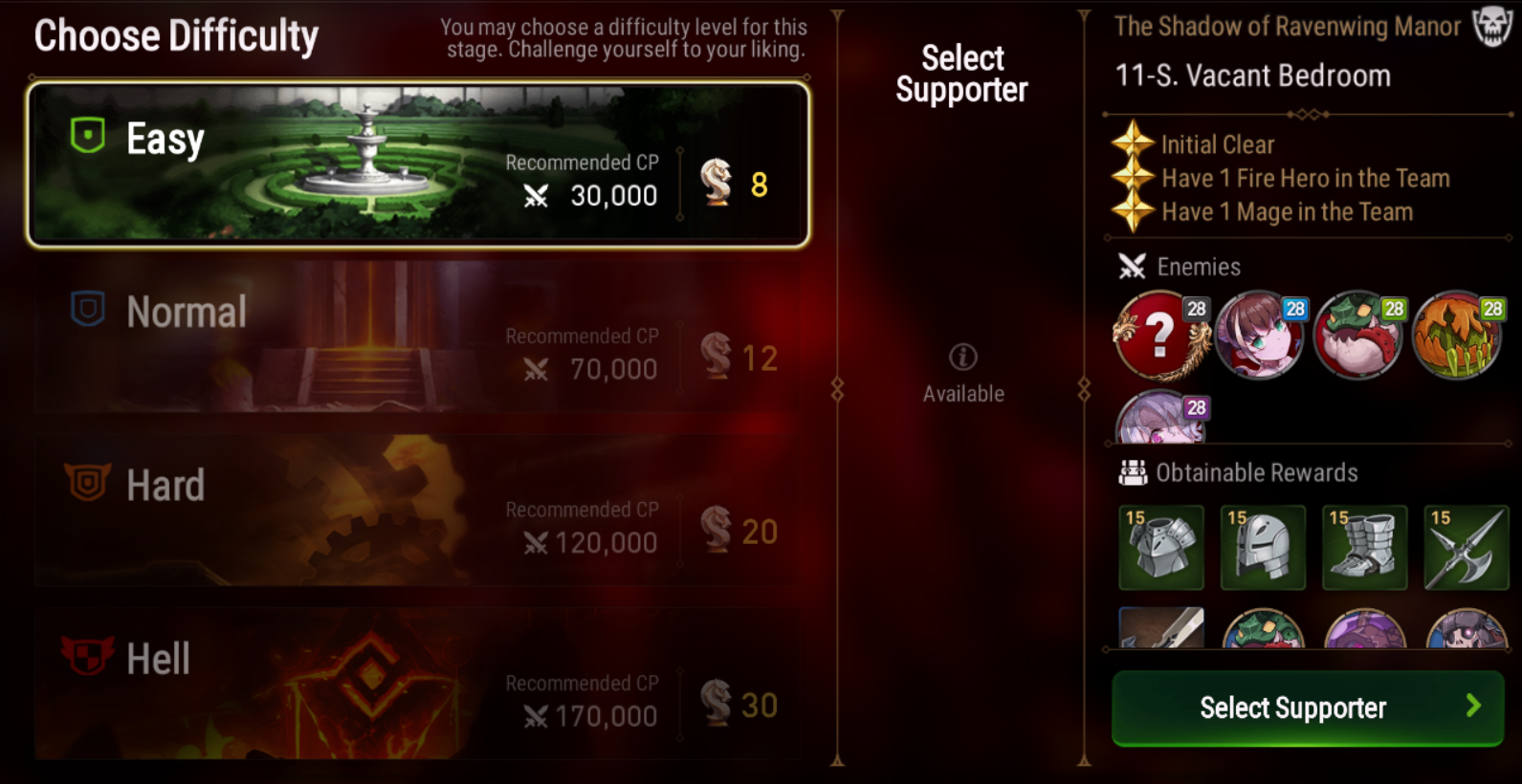 - Within this Side Story, there are some stages with 3 missions that can be cleared, which, upon completion, will provide players with Skystones as a reward.

- Some achievements may only be unlocked after certain requirements have been met.

- After clearing all stages of week 2, players will be able to access the extra story, “Jaiman’s Ordeal”, and achievements which will gradually become available.

- The Side Story, ‘The Shadow of Ravenwing Manor’ gives you the chance to acquire the Exclusive Equipment with max Stat for the 4★ Hero, Serila!

- Players can acquire three pieces of Exclusive Equipment by completing achievements, and each of them has different enhanced skills.

- The 4★ Hero, Serila, will have her Exclusive Equipment added to the Hall of Trials Exchange after the conclusion of the Side Story, ‘The Shadow of Ravenwing Manor’.

- Event Artifacts will grant no Powder of Knowledge if sold. 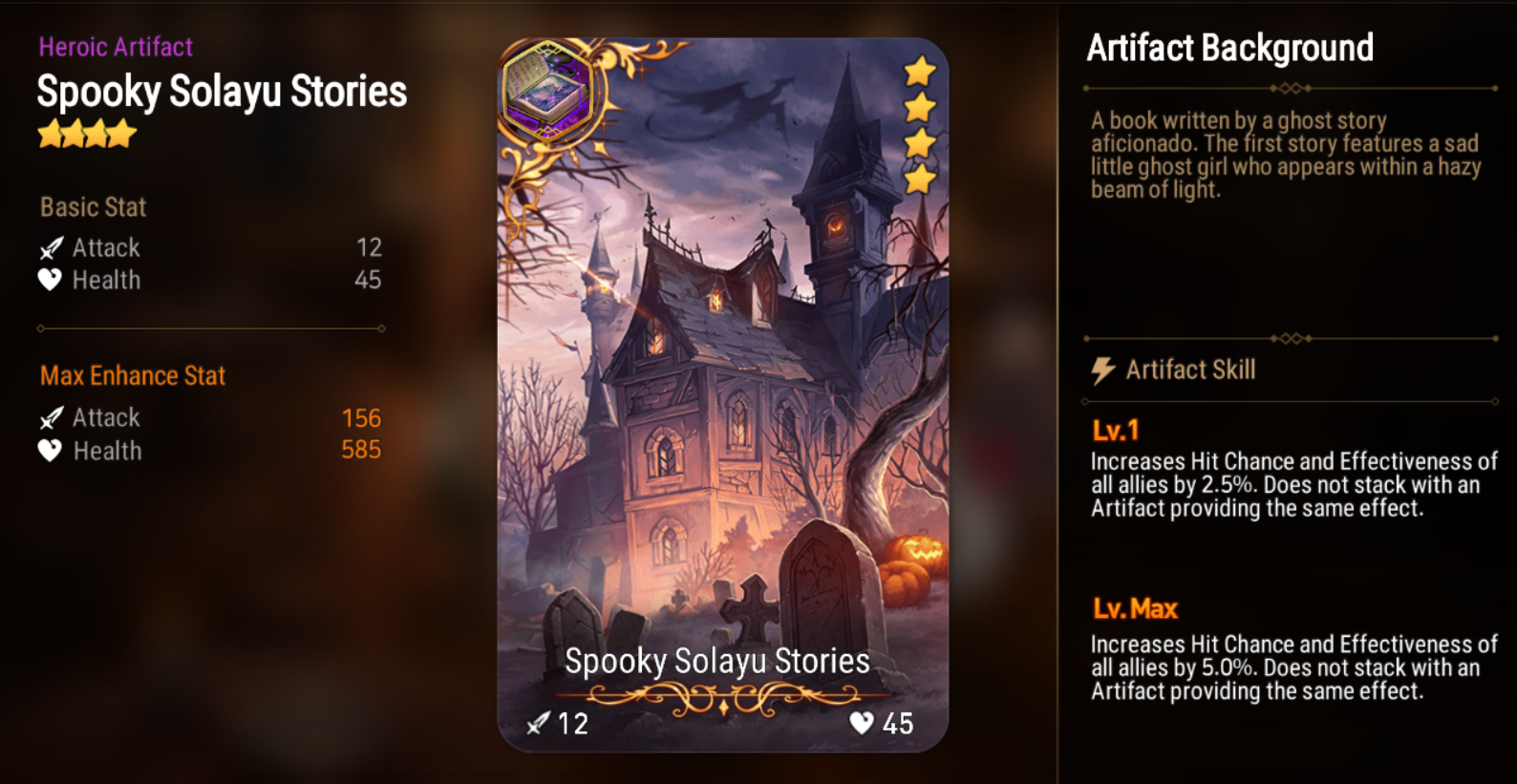 *Please note that there may be some inconsistencies in regards to the quest names in “The Shadow of Ravenwing Manor’ which is scheduled to be corrected on 10/31.

Players will be able to access Huche’s Pop-Up Shop!

*At the end of this time period, Huche will disappear!

- Players can access Huche’s Pop-Up Shop by going to the main Lobby and tapping Huche.

- This Pop-Up Shop is only available for the period that Huche is visiting.

- The item list in the Pop-Up Shop will not change during this period. However, there is a purchase limit.

- The item list in the Pop-Up Shop may change when Huche visits next time.

- During the Side Story, ‘The Shadow of Ravenwing Manor,’ the title screen image will be changed. 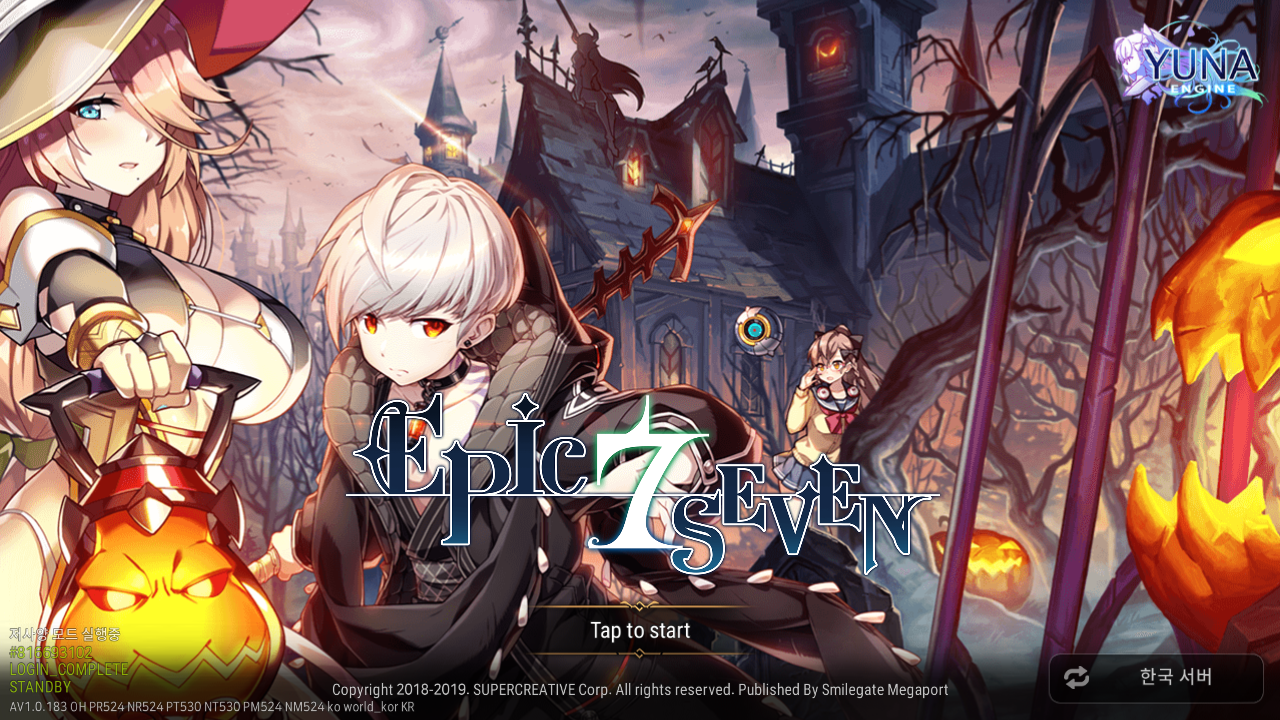