The most brilliant gem in all of Ki Ruburan.
The new Hero, Desert Jewel Basar has arrived!

The Skill Enhancement System will be improved, so it’s now simpler to enhance your Heroes!
Check out these improvements and other convenience changes down below!

The most brilliant gem in the history of Ki Ruburan, meet Desert Jewel Basar!
A Hero who can protect his allies by providing them with immunity as well as by healing them!

Desert Jewel Basar can be found in Moonlight Summons, Mystic Summons and in Covenant Summons! 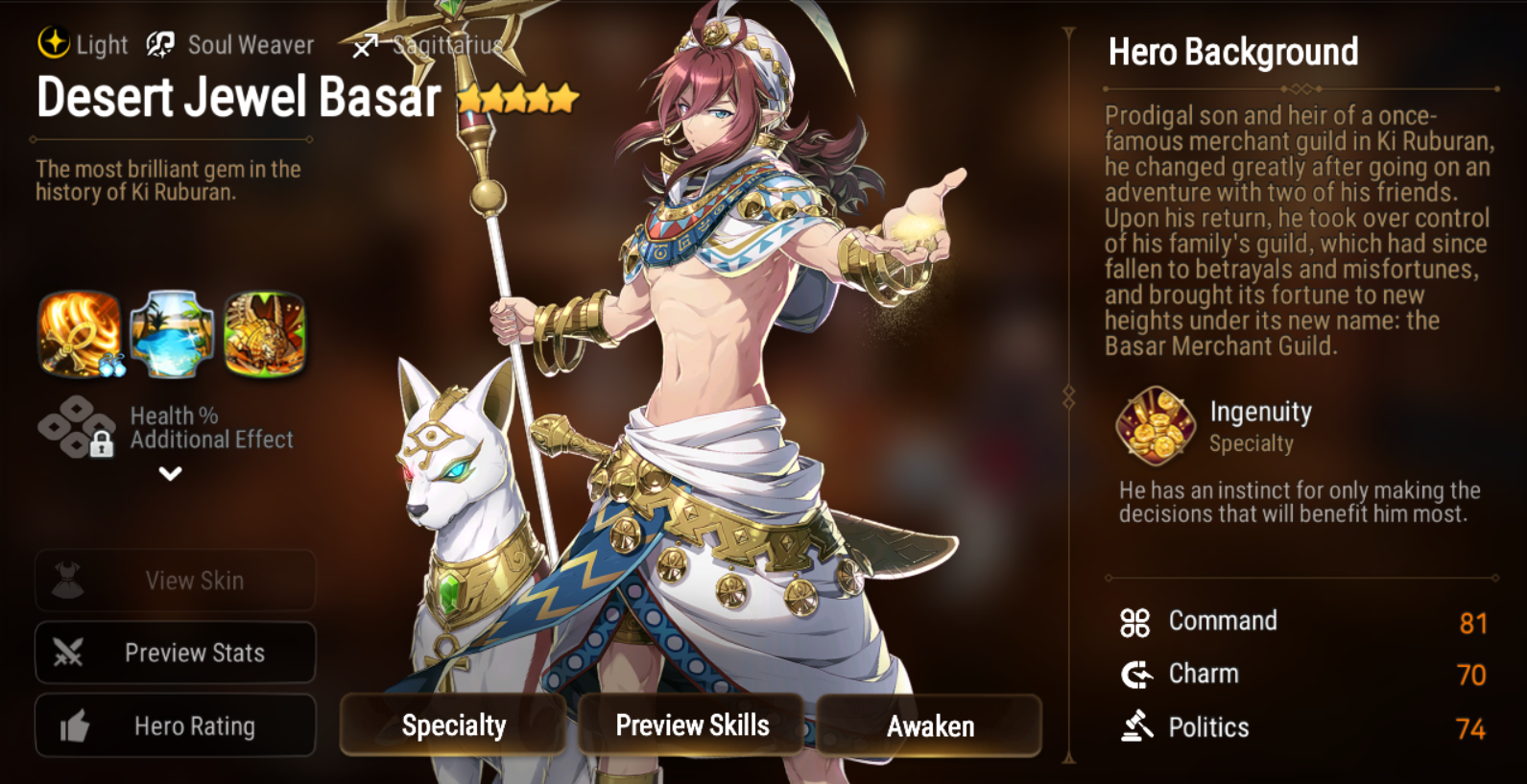 - 2-3★ Hero Skill Enhancement upgrade requirements will be changed so that they will require Stigma instead of MolaGora.

- 2-3★ Heroes that have had their skills enhanced will be able to be recalled and players will receive all invested materials back.

- Hero skill enhancements will be changed so that they will now require Stigma instead of MolaGora.

-The Reset Skill function will only be available to Heroes that have been enhanced prior to the update on October 3.

- After using the Reset Skill, all skills for that Hero will be reset to level 0.

- Players will be able to Skill Enhance 2-3★ Heroes, even after the skill reset function has been used.

- All materials used for skill enhancement will be refunded. (MolaGora, Catalyst, Gold).

- Materials refunded will be directly placed into the player’s inventory after using Reset Skill function. 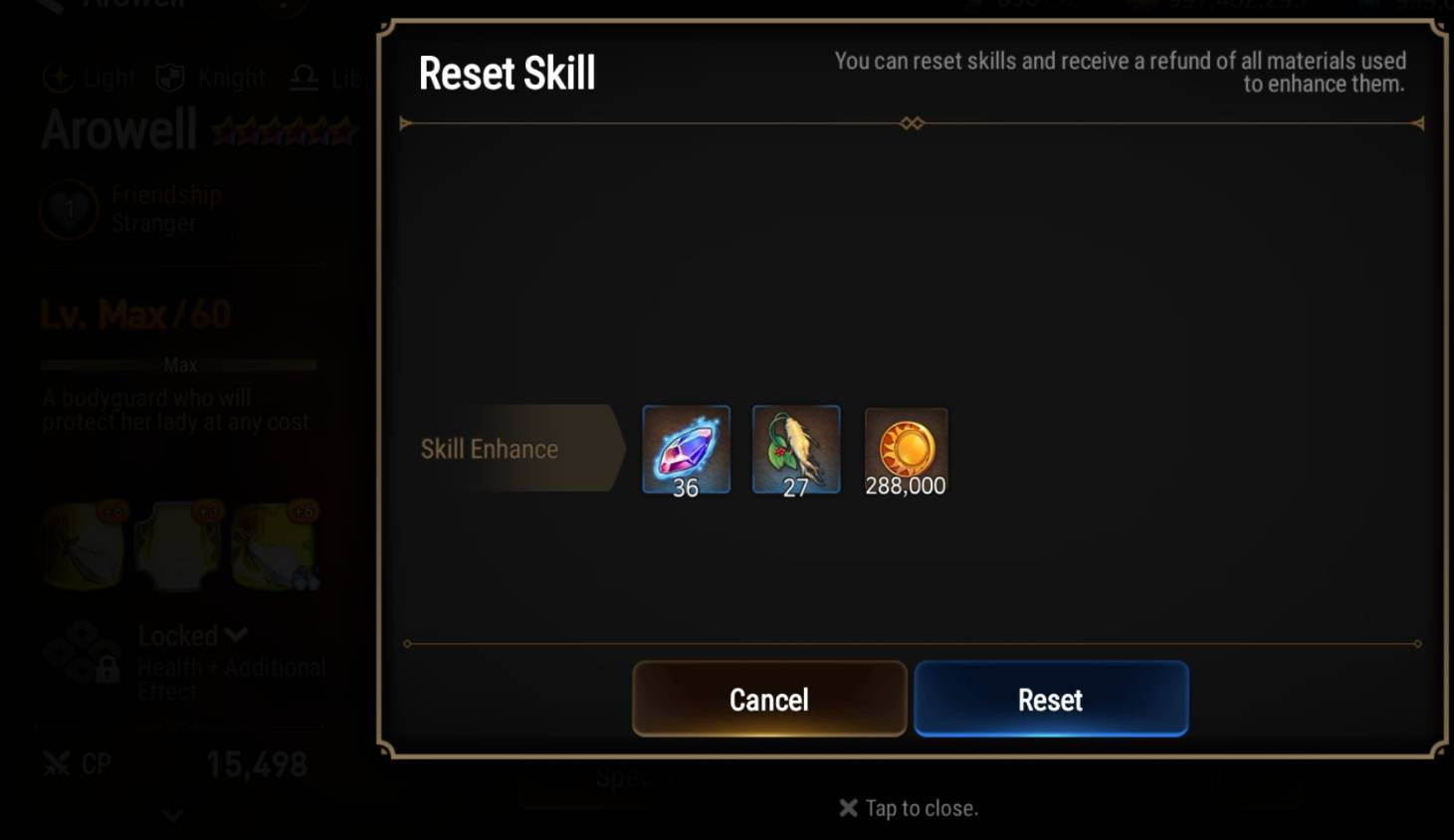 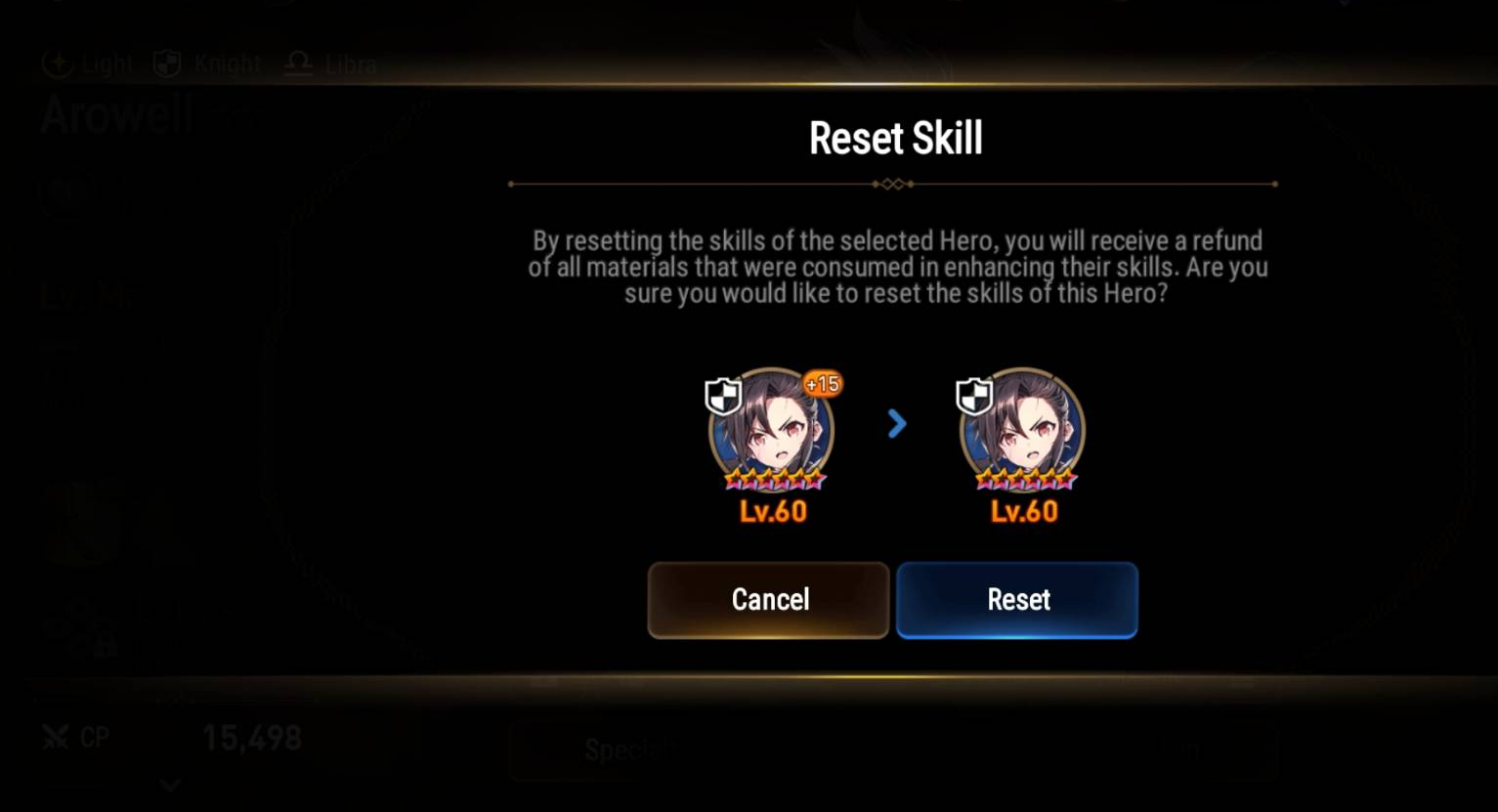 - The amount of MolaGora required when skill enhancing 4~5★ Heroes will be reduced by 18~21%.

In particular, the amount of MolaGora required to Skill Enhance low to mid-level skills will be significantly reduced.

- MolaGora and Gold spent in excess of the new system will be refunded to players via the in-game mailbox.

- MolaGoraGo spent will be refunded in MolaGora at a 1:4 exchange rate.

- After the update, Heirs will receive MolaGora equal to the amount of MolaGoraGora they spent via their in-game mailbox. (MolaGora 25: MolaGoraGora 1)

- The 4 MolaGora for 1 MolaGoraGo exchange in the Shop will be deleted and instead players will be about to more comfortably exchange MolaGora in the Skill Enhance area by tapping the “MolaGora Exchange” button. 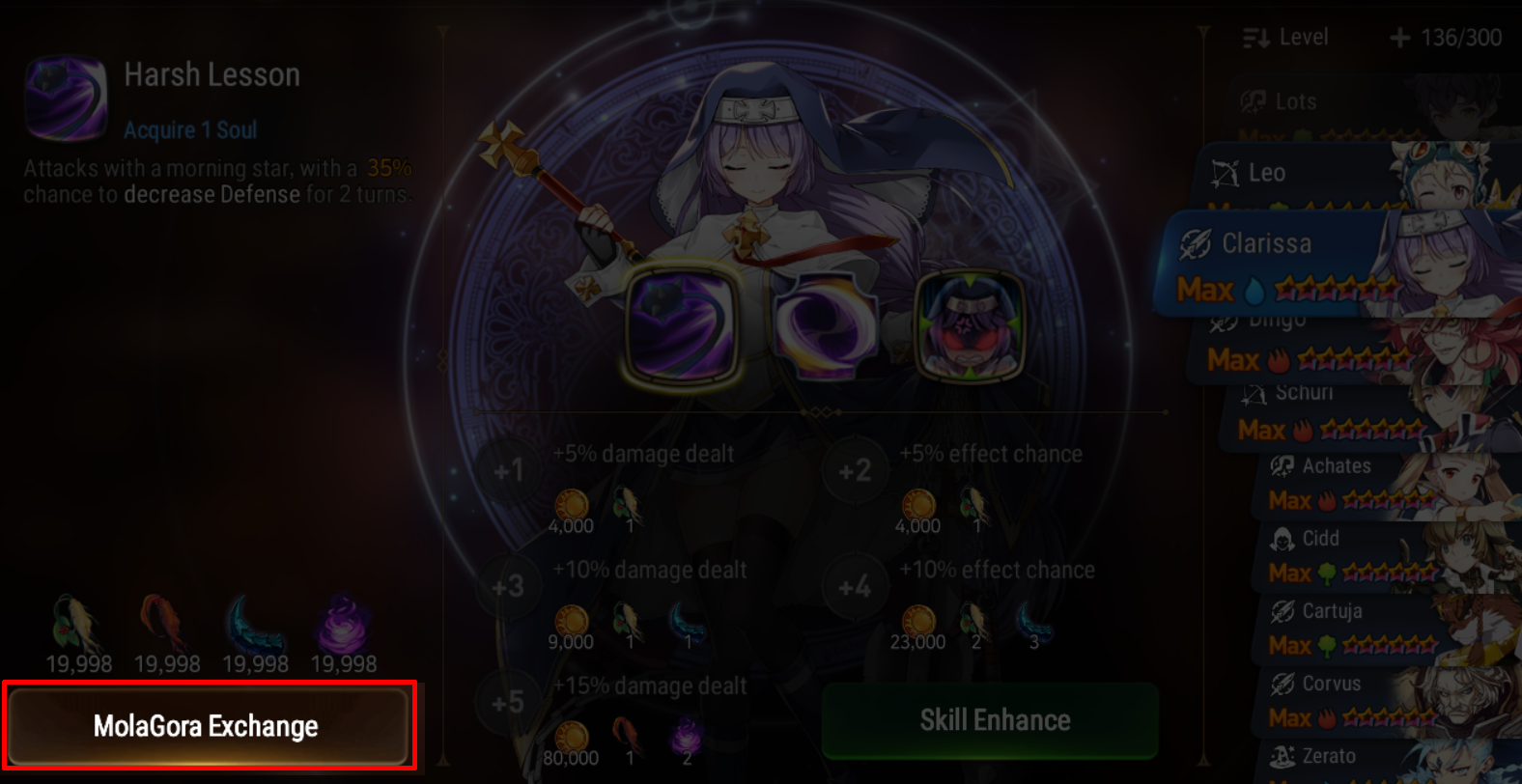 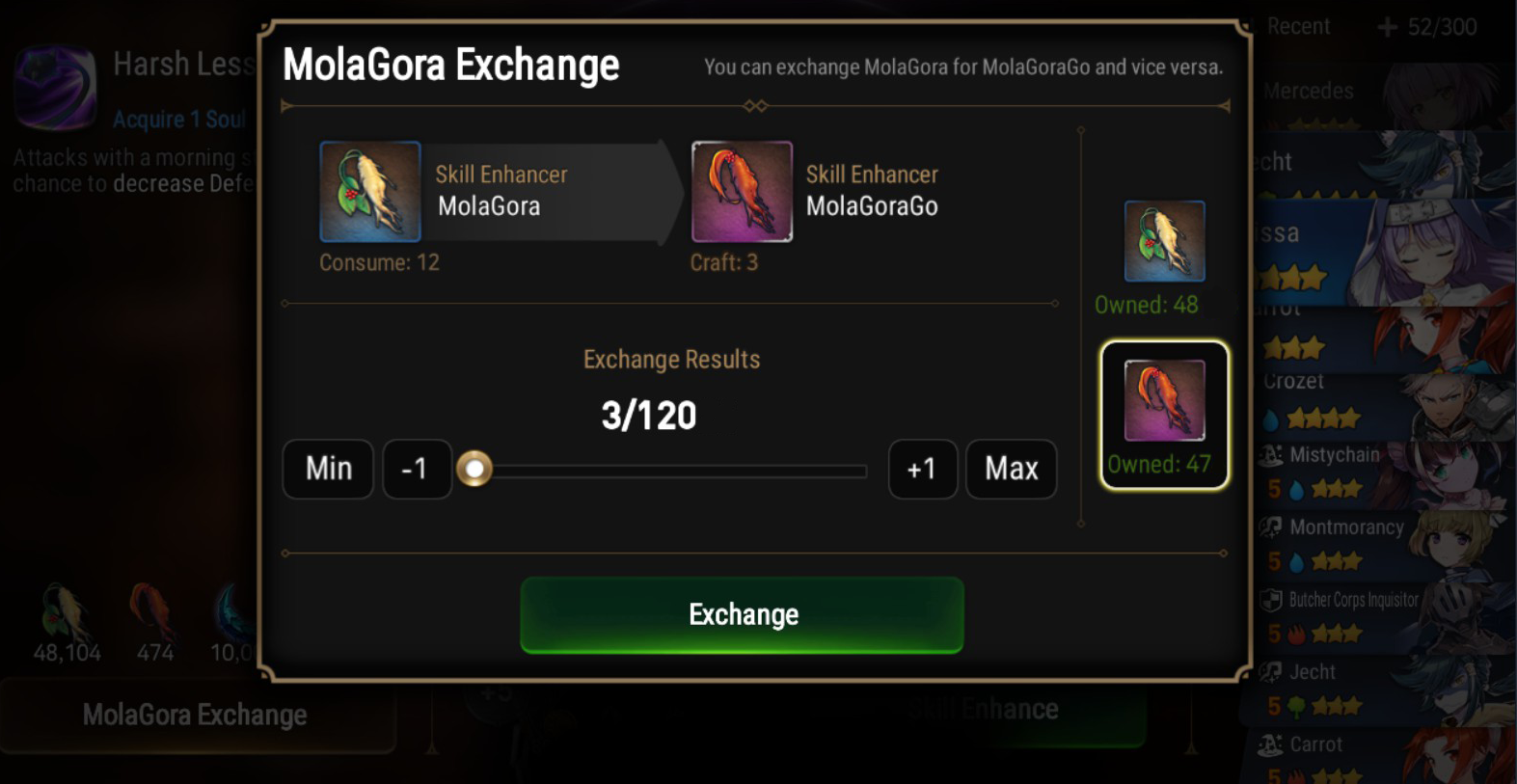 3. Bug Fixes and Other Convenience Changes

- An issue where, the 5★ Hero Kayron, after receiving a buff from the 5★ Artifact, Alexa’s Basket during the first turn, did not allow his 1st skill, Void Slash, to perform an AoE attack will be fixed.

- An Issue where Hero Desert Jewel Basar’s Additional Effect from Memory Imprint is shown as equivalent of 4★ Hero will be fixed.

- Part of Chloe’s character description will be fixed.

- Heroes that have special conditions for enhancing, promoting or memory imprinting will now display this information. 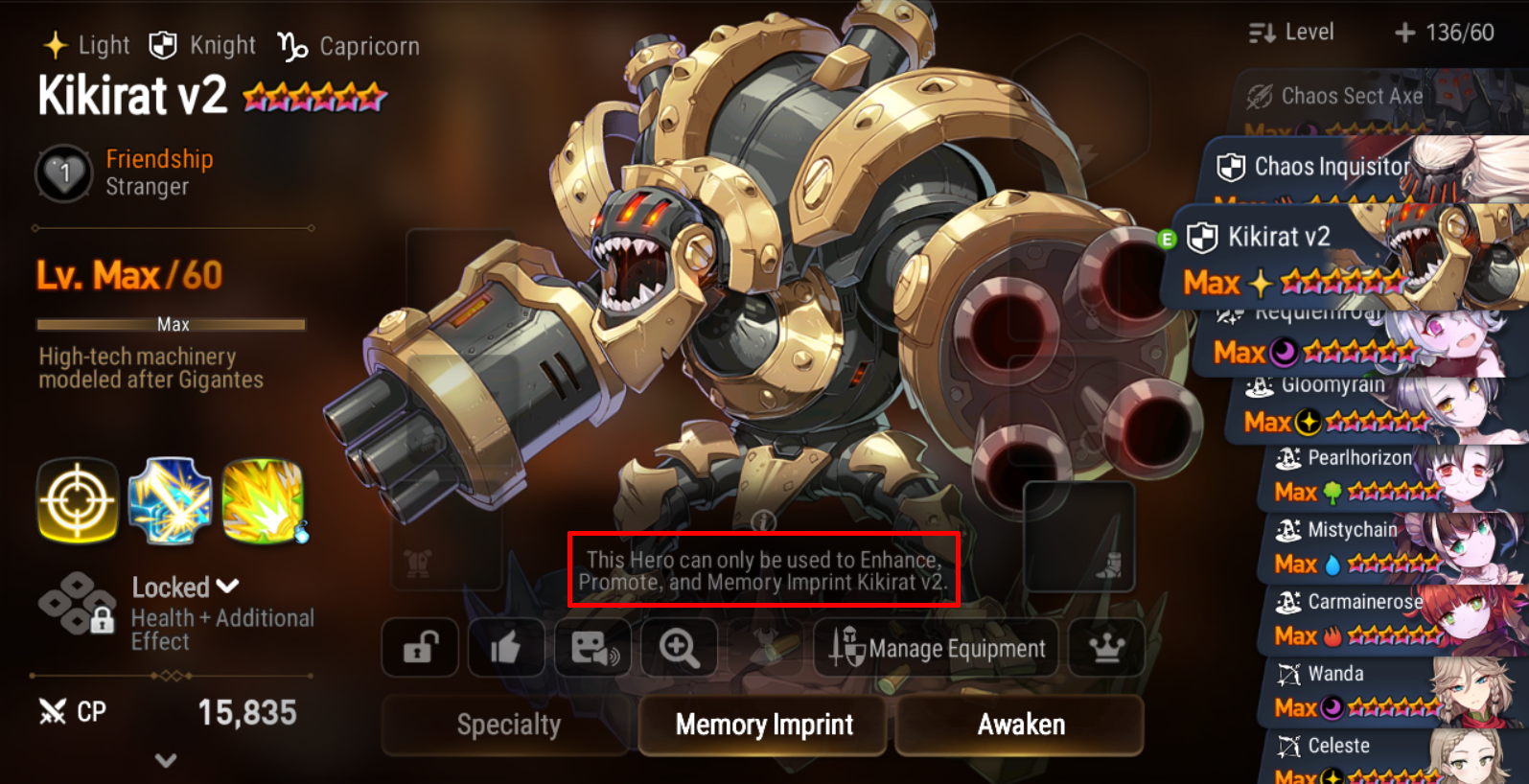 - An issue where, the image of Yufine’s Exclusive Equipment ‘Azure Dragon’s Spirit’ is occasionally not displayed, will be fixed.

- Improvements will be made to the slide screen prior to battle.

- [Try Again] will be added to the pause menu during battles.

[Try Again]: Tapping this button will allow players to forfeit the current battle and return to the team selection screen, allowing the player to start the stage again. 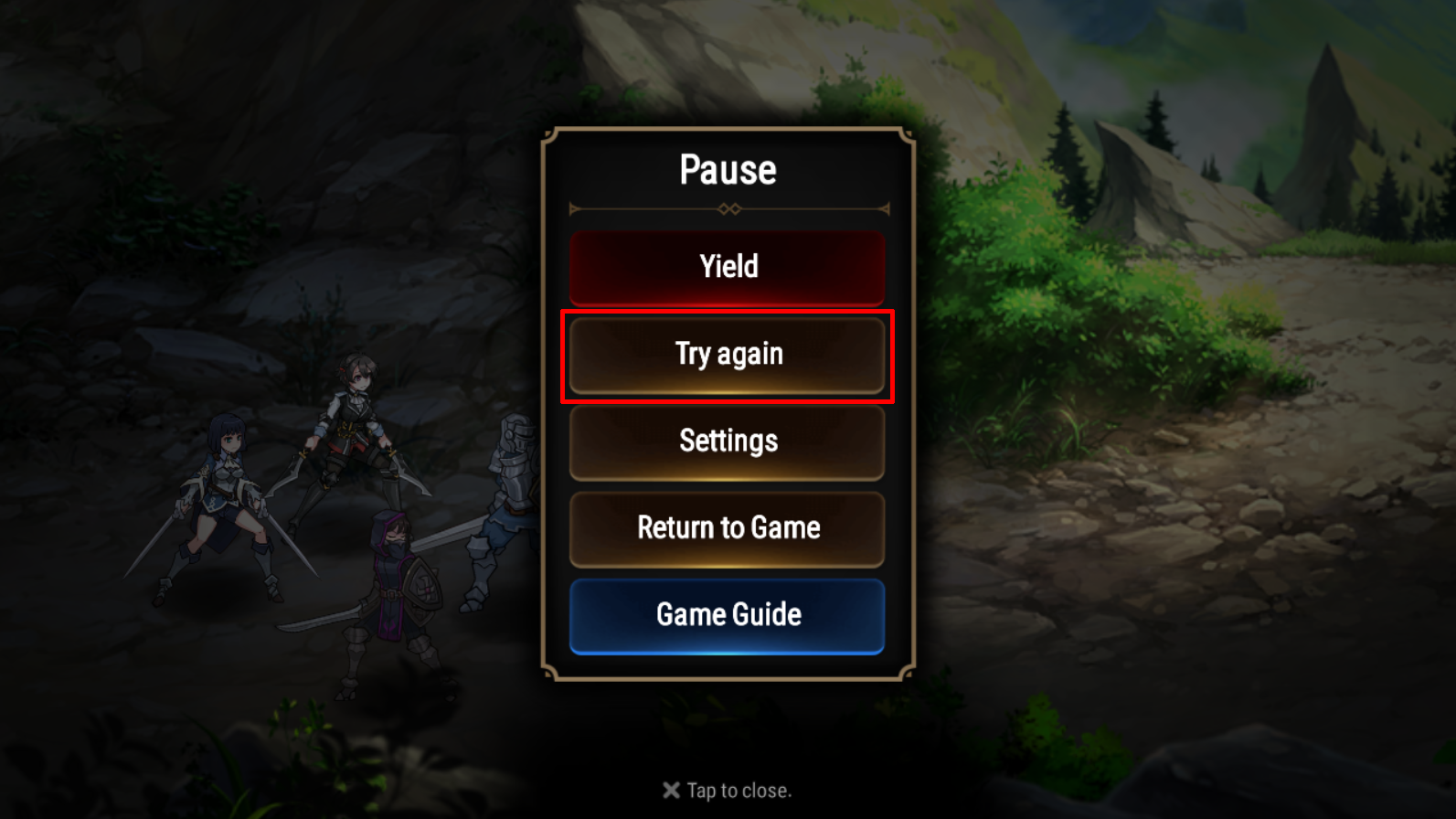 - The story for Nixied’s Sanctum - Zone 2, “Frozen Lake” will be improved.

- An issue where a Hero’s Dual AoE Attack misses despite not being debuffed by Executioner Karkanis in Azamakalis Raid mode will be fixed.

- An issue where Arena Victory Points are not being displayed correctly will be fixed.

- An issue where, after a certain amount of time, Protector's Punishment was not applied will be fixed.

- An issue where incorrect rewards were granted upon clearing October’s Automaton Tower will be fixed.

- Please see below for October’s Automaton Tower rewards. Please note that these rewards are only for October.

- In the Mystic Summon Menu, the [Next Mystic Summon] button icon will be improved so that it can be more easily understood.

- Improvements will be made so that a lock icon is displayed on the Storage button if storage content has not yet been unlocked.

- Stages that have limited daily admissions will have visual improvements added when viewing them on the World Map.

- Certain text that appears in the Side Story, Written in Blood will be adjusted.

- An issue that occurred in the Side Story, Written in Blood, when zooming out on the map will be fixed.

- Game Guide contents will be changed for improved clarity. There will not be any functional changes.