Hello Heirs,
This is GM Dominiel

Vivian, the citylord of Witchaven, and Furious, the citylord of Aakhen have appeared. Play through Episode 2 Chapter 3, Mining City Aakhen and fight battles in Vivian’s side story, An Uphill Battle.

A Hero exclusive equipment system and the Hall of Trials Pre-Season, where players can obtain such equipment has been opened!

Additionally, we have various quality of life updates. See below for more information!

Vivian, the citylord of Witchaven, is an Earth elemental Mage who is capable not only of providing buffs to her allies, but also boasts a powerful AoE attack.

A mage exclusive artifact, Dignus Orb, that triggers a barrier when a non-attack skill is used, has been added.

With this Drop Rate Up event, players can meet Vivian, an Earth elemental Mage who is capable not only of providing buffs to her allies, but also boasts a powerful AoE attack. Players will also have a higher chance to obtain the mage exclusive artifact, Dignus Orb, which triggers a barrier when a non-attack skill is used.

4. Side Story - An Uphill Battle

With her impressive magical ability, Vivian won the title of citylord, but it seems that her fellow sorcerers are unwilling to accept someone with such humble beginnings. In the face of rising disdain and mystery, Vivian's battle begins...

1) Play through the Side Story stages to collect the event currency “Monster Report” and exchange them for great rewards! Additional rewards can be collected from Region Rewards, Quests, and Reputation.

- In order to proceed to stage [5. Overshadowed Borderlands], players will need to complete the reputation, ‘Finding the Source 1’.

The following Heroes will receive benefits when used in battle stages.

The Mining City Aakhen, which is now famous for forging the best equipment using its abundant resources, is now available to all our Heirs.

- Aakhen is situated in a region full of precious metals and grew into a city that is now famous for forging the best equipment in Cidonia.

- Players will be able to enter this region once they clear Cidonia stage [2-10.] Malicus's Refuge.

- Players will receive a Merchant Guild Request once they clear [3-10] Southeastern Outskirts of Aakhen.

*Please note that this image is from the QA server and may change in the live version.

- Players will be able to use AP Exchange when they clear the Merchant Guild Request. 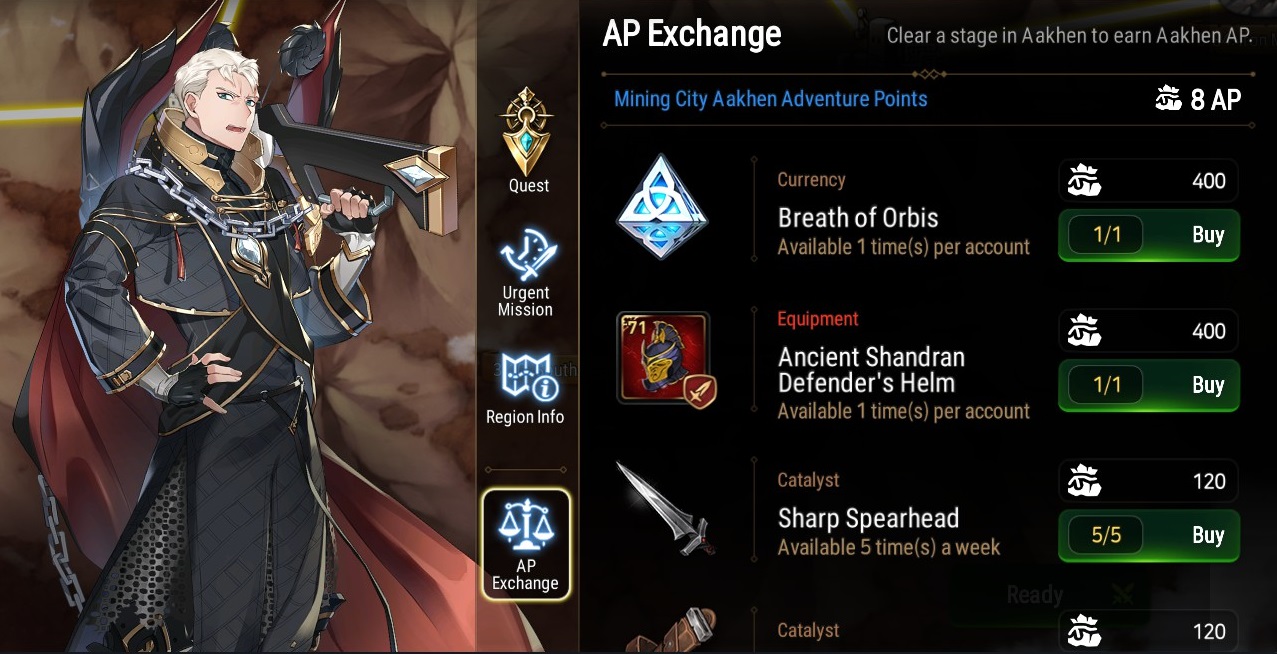 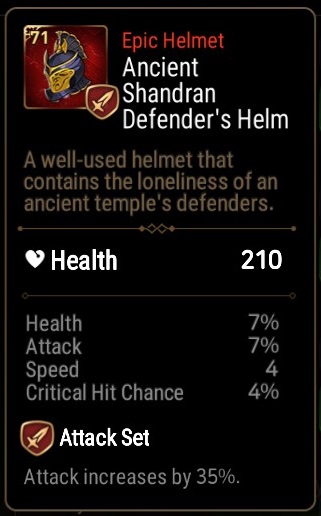 - A story journal for Episode 2 Chapter 3 has been added.

- Players will be able to obtain Ironblood Fortress background pack as a Chapter 3 reward.