Hello, Heirs. This is Epic Seven.

Currently, we are conducting a thorough review of content improvements and adjustments that will be made to Epic Seven. I would like to extend my heartfelt gratitude to our Epic Seven Heirs who are a part of the changes being made.

On July 19th, we gave our players details regarding the maintenance compensation standard. On July 31st, we informed players of the summon system, hero balance and policy improvements. On the 8th of August, we carried out summon system improvements and Galaxy Bookmarks / Mystic Medals Reimbursement.

We will share more details about the Hero balance adjustments that are scheduled to take place on the 5th of September. We will share these details via a separate notice within this week. We also promise to do our best to provide better service for all our heirs in the future.

Now, I would like to inform you about the Challenge improvements and Exclusive Equipment update, which are the major content updates that will be introduced with the August 22nd update to the game.

Challenge contents contain Training Grounds where, depending on the day, players can obtain a variety of Charms. It also contains content where players can obtain limited-time Artifacts or Heroes. However, when you compare the Energy used to the rewards, it seems that players would naturally prefer using their Energy on Hunts, Adventure or other content.

The goal of the original Challenge content was to allow players to use a variety of Heroes with different strategies. However, when a player attains a certain CP they are able to clear any Challenge without much strategy.

Therefore, we will revamp the Challenge and also add scoring content, called the Hall of Trials. Players will be able to purchase Exclusive Equipment using Wisdom's Gaze which can be obtained from the Hall of Trials. The amount of Wisdom’s Gaze obtained will depend on the grade of the recorded score. The Boss, who appears in Hall of Trials may be changed weekly or the types of debuffs that can be used on the Boss will change weekly.

Players will be able to enter the Hall of Trials using an exclusive token and not Energy. These tokens will be distributed weekly for free and players will also have the chance to purchase them. Players may also have unlimited number of practice battles to ensure that they find a suitable strategy. Tokens will not be consumed for practice battles.

Wisdom's Gaze. Only certain Heroes will be able to equip Exclusive Equipment, for which a separate Equipment slot is unlocked when the Hero is Awakened to 5★.

After this update, with the addition of the Hall of Trials, the regular Training Ground content and time-limited Challenges will no longer be in this area, or will be replaced with new content. Please see below for further information about this.

1. The MolaGora Challenge and the Goblin Challenge are planned to be placed into the Side Story as an event stage.

2. The standard Training Ground will be replaced by the Hall of Trials. For players who have already cleared the reputations for these areas, these cleared reputations will not be erased and will remain unchanged.

The Hall of Trial requires time and effort to clear, however, it will satisfy our player’s desire to use new Heroes in unique team compositions.

The update that will occur on 8/22 will also unlock a new region, “Mining City Aakhen,” the third Chapter of Episode 2: Godkiller, as well as the Hall of Trials and Exclusive Equipment. Also, new Heroes await our Heirs. We will post more detailed information about these additions in a separate notice. 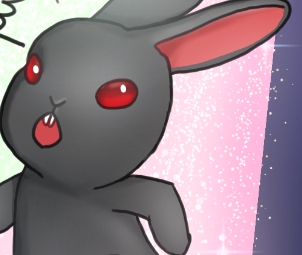