*GM Dominel Note: The screenshots included in the notes are from very early versions of the features discussed, and likewise English versions do not exist yet. Please also note that these are subject to change between now and when the features go live.

We know a lot of our players have been waiting for our latest Developer’s Notes. We’re sorry about the delay, but we are very excited to finally share it with all of you.

We have our first major Epic Seven update planned for January 31st. We have been working on brand new features as well as improving upon our existing content. We hope that these features become the stepping stones for a better gaming experience for our Heirs and vitalize Epic Seven into the new year.

The first major update we want to introduce is the Guild War system. But along with it, we plan on adding a feature to the game that a lot of people have been really excited about and anticipating for some time. We will finally be implementing chat features to the game along with our new Guild War content. We will give a more detailed account of these new additions in their respective categories below.

Aside from new features, we are also determined to streamline Hero development, farming equipment, and overall player growth. For instance, in one of our past updates, we changed the amount of MolaGoras required for Skill Enhancement in order to make Hero development less demanding. However, we are aware that there are other issues such as Catalyst requirements that hinder players from fully nurturing their Heroes.

Obtaining and enhancing equipment—one of the key ingredients for Hero development—has relied heavily on randomly generated statistics. Not only does this make farming for equipment more difficult, but also in finding the right equipment with the appropriate statistics for a given Hero. We think that this has restricted Hero research and team compositions while also making Hero development tedious and not as rewarding. This forces our players to focus on one team composition or a few Heroes to clear out all of our content instead of using different Heroes and strategies.

Therefore, we have made changes designed to make Hero development more enjoyable and added new content where a variety of Heroes and team compositions can be effective. We hope that these updates make Epic Seven more fun for our players and that they will propel the game to new heights. You can find more detailed information about each respective update below. Please note that this information is tentative; work is still in progress and details will continue to be updated until the time of release.

The update we’ve all been waiting for: Guild Wars will finally be released on January 31st! 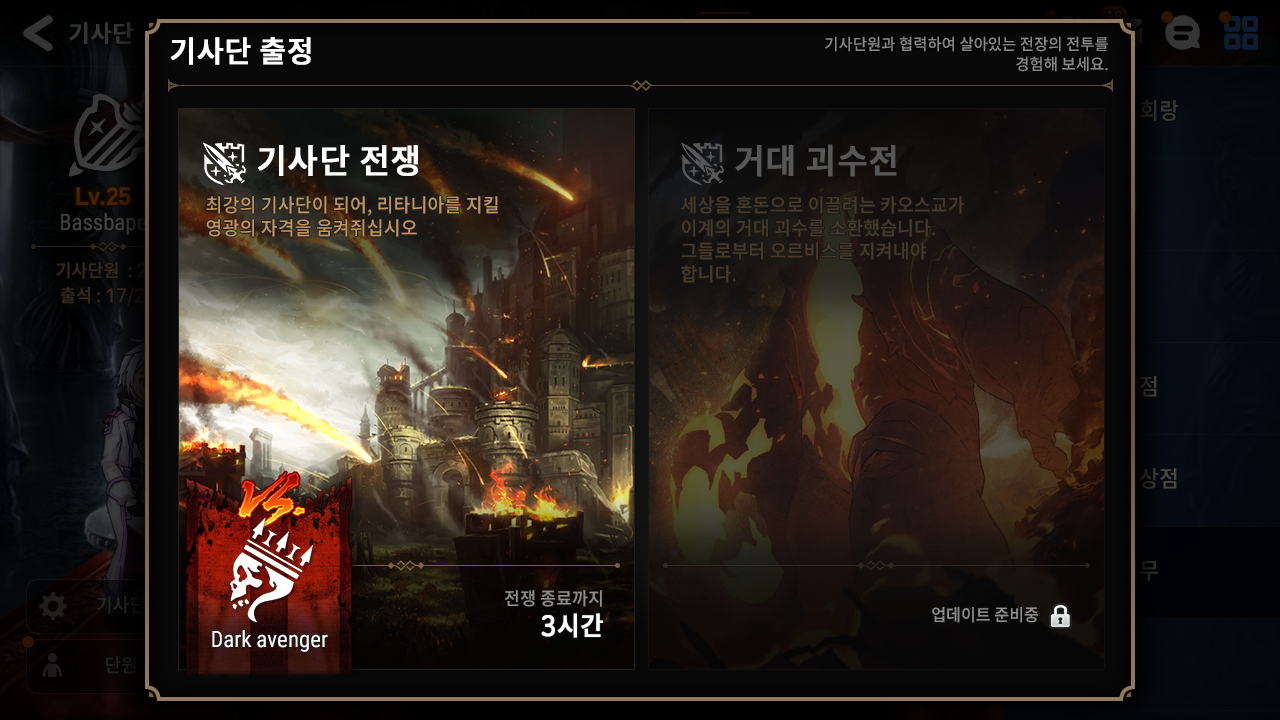 Guild War is a real-time PVP mode that pits two guilds against one another. The main objective is to destroy the enemy Guild Stronghold. However, players must first destroy the defensive castles positioned around the Stronghold. Each member will be able to attack an enemy, and a victory or a draw will inflict damage on the enemy’s respective castle. Once its health reaches 0, the castle will be destroyed. The whole process takes place in real-time, which means players can attack each other at the same time. However, castles currently under attack cannot be attacked again. 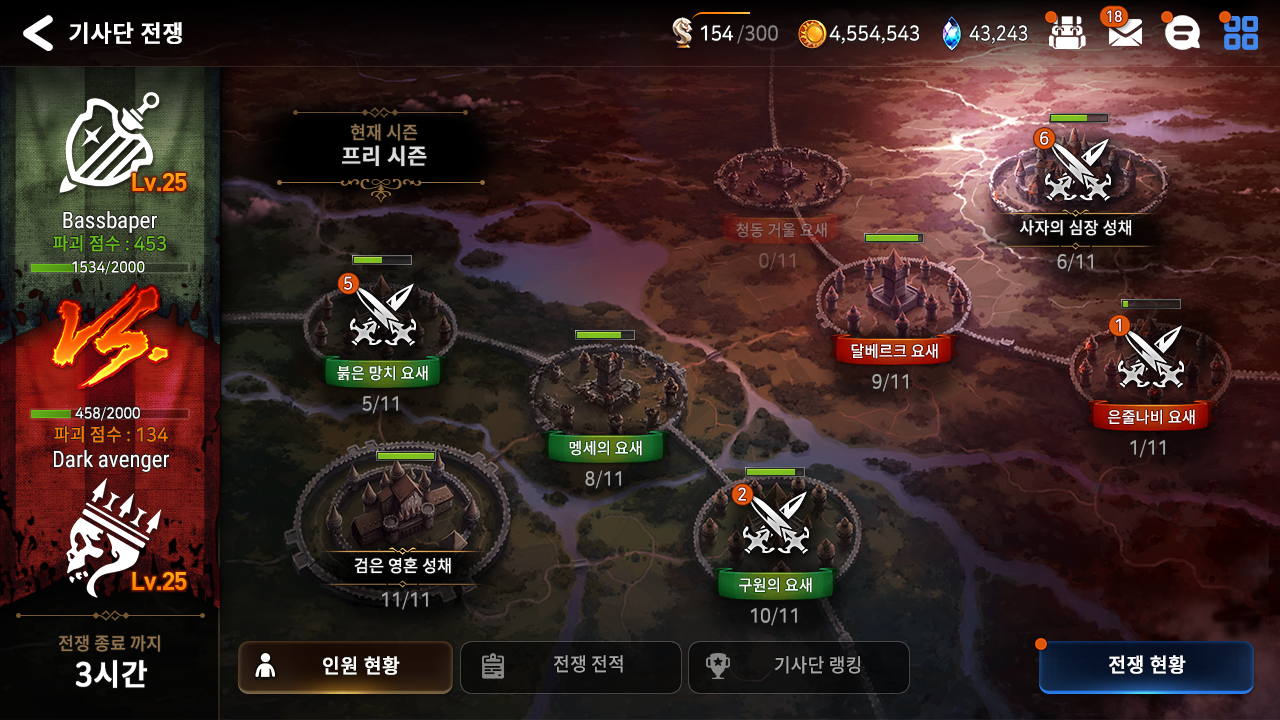 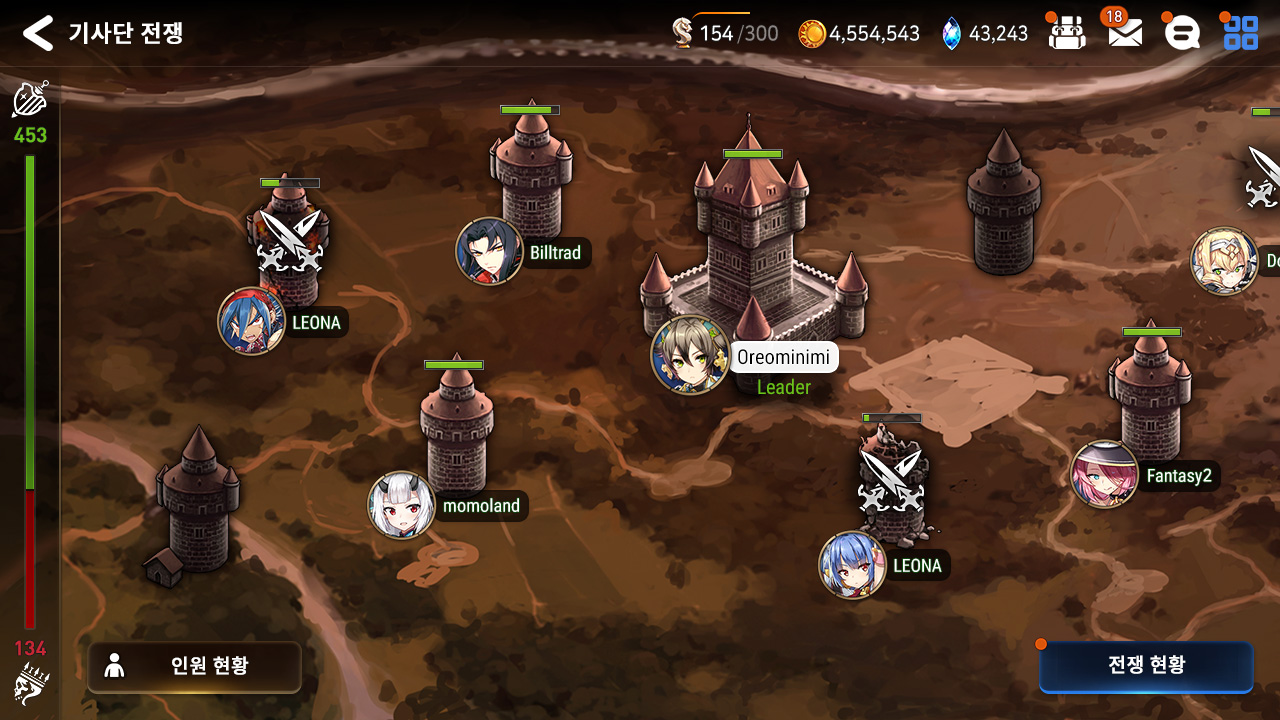 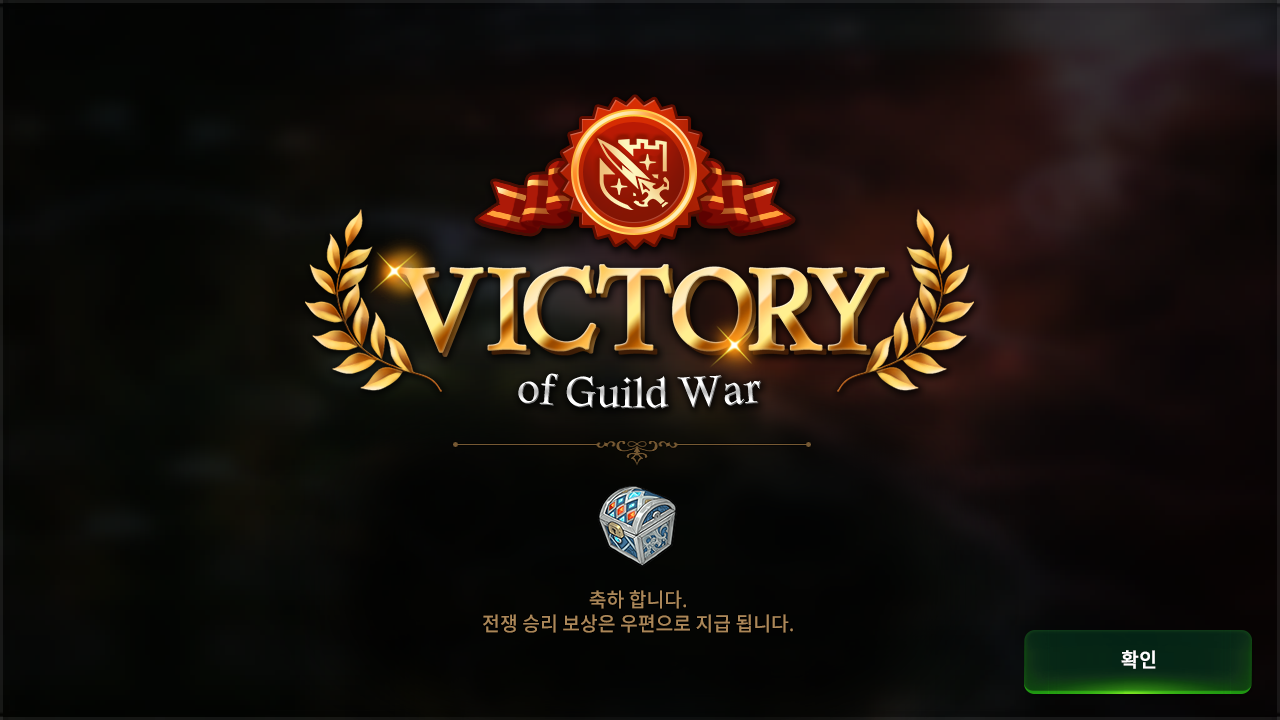 Players will receive rewards by simply participating in Guild Wars, regardless of victory or defeat. But of course, victories will yield greater rewards. These rewards include the Mystery Bookmarks, which grants players a chance to summon the newest Moonlight Heroes. We believe that these Mystery Bookmarks will be one of the most coveted rewards from Guild Wars.

We developed the Guild War system to be exciting for our community without being too demanding. The plan is to have Guild Wars available once every two days, although this could be subject to change in the following seasons.

Along with Guild Wars, we will be implementing an in-game chat function. Players will now be able to communicate not only with their Guild members, but also other users from the same server.

The new chat system will be supported by additional features that we believe will provide an overall better gaming experience for our players. 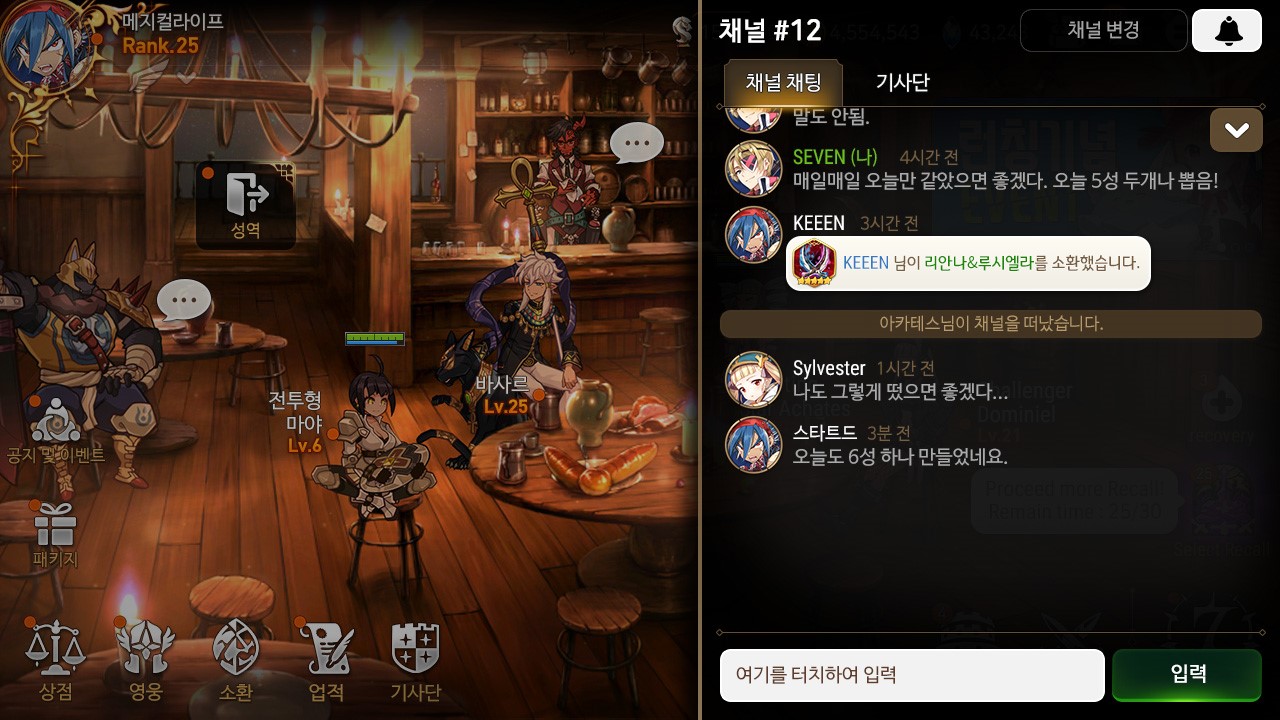 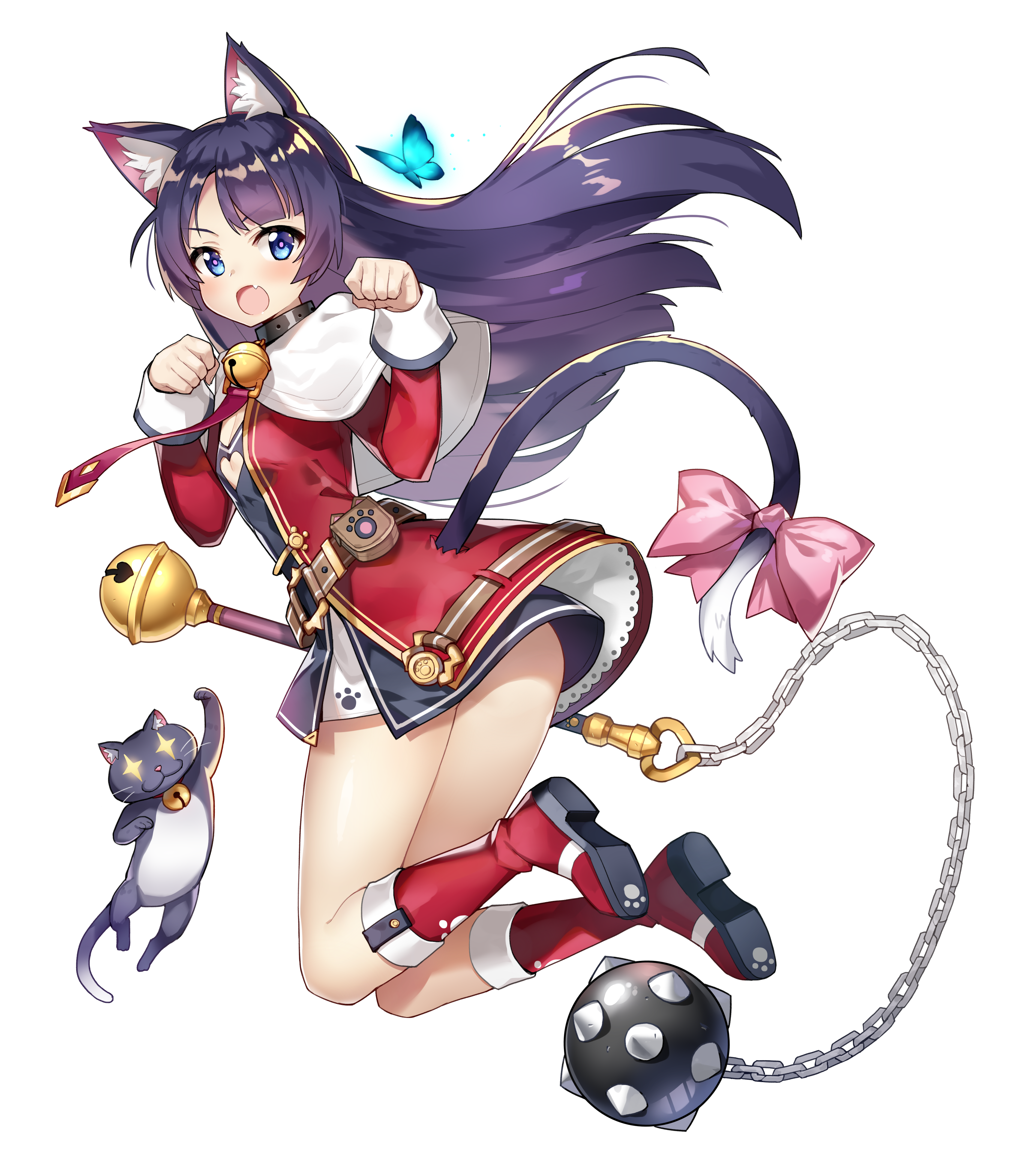 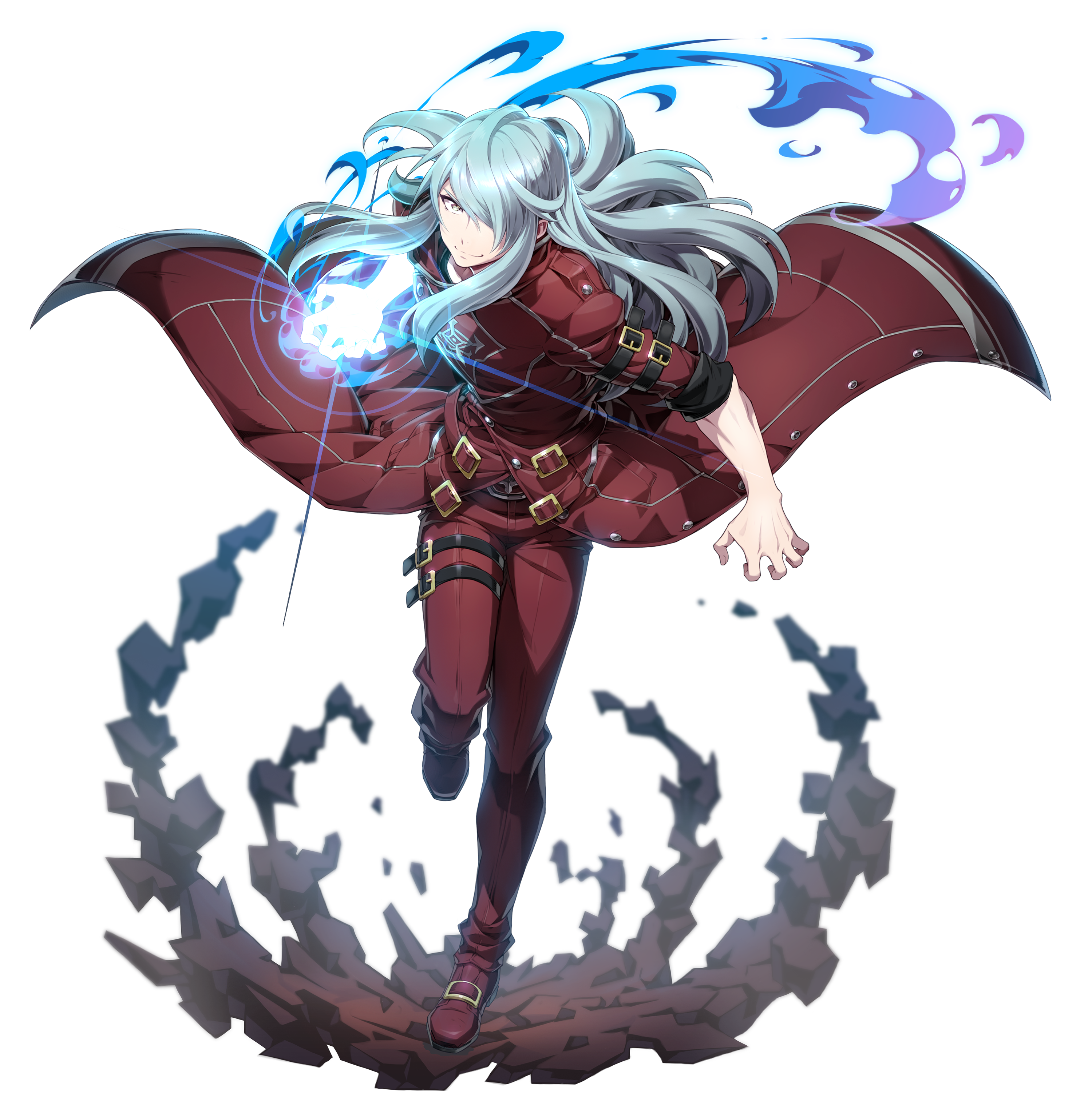 As of now, the rewards from Hunt may not seem rewarding relative to the amount of time required to clear the levels, especially at higher stages. Moreover, it is difficult to obtain certain equipment with the appropriate statistics, especially for higher level Heroes that require certain equipment/statistics to be effective.

As a result, we plan to innovate and improve the Hunt mode in a few different ways.

First, we plan to make changes to the first wave of Hunt stages to prevent them from becoming too tedious and overwhelming. But these Hunt stages will still be challenging and will require appropriate team compositions and strategies.

We are also looking into the possibility of increasing the amount of materials dropped, upgrading the levels of dropped equipment, and adding accessories to the equipment you can obtain from Hunt stages. However, any increase in rewards will need to be balanced by requiring more Energy.

Moreover, we are looking into the possibility of providing a system in which players can craft and create their own desired equipment.

The side story system will see major changes in 2019!

Originally, side stories were divided into Normal and World difficulties. For players with higher level Heroes and powerful teams, grinding through Normal difficulty sometimes felt laborious and underwhelming. Even after completing Normal difficulty, World difficulty could seem repetitive and simply a place to farm without any real engagement or excitement.

But now side stories will not include a separate World difficulty map. Instead, players will be able to choose the difficulty level halfway through the side story. There will be four difficulty levels available; higher difficulty stages will require more Energy but yield up to five times more event currency.

Through these changes, we want to prevent our side stories from becoming repetitive and dull. We’re aiming to add more excitement, aid Hero development, allow players more opportunities to strategize, and grant better rewards.

We believe that Labyrinths are unique to Epic Seven. They require a lot of sweat and effort from our team and will always be a challenge for us. We prioritize and value the Raid Labyrinth highly because it is the most challenging content in Epic Seven and provides the most rewarding items. We are carefully monitoring the progress and feedback of our Raid Labyrinth and have long-term plans to continue improving its quality.

Hunting Raid bosses is demanding; however, sometimes the rewards can be disappointing to some. There have also been other bugs and issues within the mode that we have become aware of. We promise to resolve these issues and further stabilize and improve the gaming experience of Raid Labyrinth.

First, we wanted to go over the changes implemented through the January 10th update. Raid Labyrinth rewards were designed so that each Raid boss dropped its own unique items. Our intention was to allow the players to read the Boss Journal so that they could farm certain Raid bosses to claim certain items. However, this led players to repeat the Raid Labyrinth and farm the same Raid boss countless times. This trend transformed the Raid Labyrinth into more of a mundane task rather than an exciting gaming experience. The fact that the rewards were not rewarding enough after using limited Labyrinth Compasses also contributed to this trend. Therefore, we upgraded the rewards dropped from Raid boss monsters. Rare grade item drops have been replaced with an increased chance for Epic grade items. Raid boss drop items were edited so that unnecessary and underwhelming rewards were replaced with better ones. In addition, in order to prevent players from grinding and feeling overwhelmed, all items dropped were displayed as Sap-Covered Items that could only be unveiled at the end of the Raid Labyrinth.

We plan on improving the Raid Labyrinth experience by carefully monitoring the status of the following areas.

Don’t hesitate to send us feedback on our Raid Labyrinth content! All of your feedback helps us provide a better gaming experience for all of our players.

We’ve now introduced all of our new major updates and the general direction in which we want to head with Epic Seven.

We have mentioned a lot of planned changes in the past including new Specialty Change Heroes, Guardian development systems, new episodes, and Story Journals. Our team is working hard to bring these to you in the latter half of 2019. The Specialty Changes for Roozid and Hazel will be released in January (in that order). We promise to release another Developer’s Notes when we have more firm plans for new content and ideas that are currently in development. 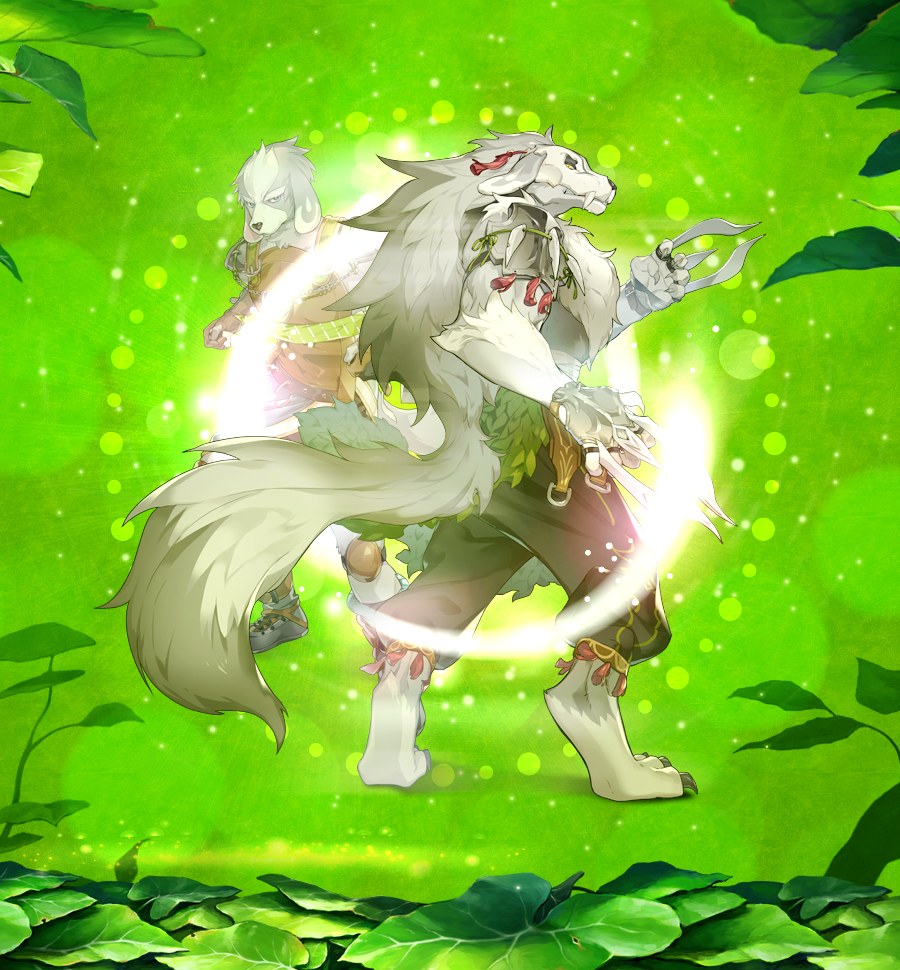 It has already been more than four months since Epic Seven’s launch in Korea. Since then, we’ve had more people join our team. It’s been difficult working and getting to know new members, but the overall experience has been rewarding and invaluable. We know our Heirs have high expectations and a lot of ideas for Epic Seven. In all honesty, it hasn’t been an easy task meeting these expectations and demands. However, we know that these expectations come from the potential of the game and the love and support our players have for Epic Seven. This gives our team boundless joy and the motivation to provide satisfaction and the best gaming experience to our Epic Seven community.

Thank you so much for the constant interest and love for Epic Seven.

A SONG FOR YOU, HAPPY NEW YEAR
LuciferL