We would like to give you all a more detailed look at what you can expect from next week’s major update (December 12 in UTC time) and share with you all some of the balancing changes ahead of time.

In this major update, a new, special type of Labyrinth will be added, called “Azmakallis Labyrinth,” as well as a new challenge, “Archdemon’s Forces.” As far as balancing goes, there will be some improvements to Skill Enhancing, and buffs and nerfs are planned for several characters. Likewise, to help compensate for these nerfs we will be introducing a special new recall system.

* Note! All game terms in this note are tentative.

* Note 2: Additions to the Dev Notes after the initial time of posting are bolded and colored red.

After the fall of Nilgal, the forgotten queen Azumanshalok and her ancient nobles rise from the city of Azmakallis and march towards Dun Blyraia to reclaim their long lost glory.

The Royal Capital of Azmakallis veers away from our conventional “explore” style Labyrinths and instead is a “raid-type” Labyrinth that introduces multiple raid bosses for players to hunt. This full-fledged labyrinth is organized into one single extensive area, and players will need to use two Labyrinth Compasses (entrance tokens) to enter. As it requires two Labyrinth Compasses to enter, the Royal Capital of Azmakallis will reward players with items much more powerful than those from other conventional labyrinths.

Players must defeat all of the bosses in the Royal Capital of Azmakallis in order to obtain rewards unique to each boss. Moreover, once killed, the monsters will take a week to regenerate. Thus, players will only have one opportunity each week to hunt Raid bosses. The rewards available from this Raid Labyrinth include equipment with new item set effects, items exclusive to Raid Boss Monsters, and Galaxy Bookmarks. The Raid Bosses’ descriptions, regeneration conditions, and item drop tables will be compiled into a Boss Journal and supported by additional functions to be made available for the players to confirm before entering the raid-labyrinth.

In order to effectively obtain the most amount of rewards, it is important to prioritize targets and move towards respective areas while conserving Morale. Although one team’s morale is sufficient to take down one raid boss, with great teamwork, the party may be able to conserve morale and therefore hunt additional raid bosses.

In addition, there will be an NPC from the Order of the Sword in front of the Raid Labyrinth entrance who will be selling a variety of items that will contribute to the success of the raid. Players may also purchase powerful equipment and rewards from this NPC with tokens that can be obtained exclusively in the Royal Capital of Azmakallis.

New equipment sets have been added:

Therefore, we, the dev team, plan to make minor adjustments to the stats of 4 star and 5 star characters.

- Increase the Health, Attack, Defense, and Speed of 4 star Heroes by approx. 3%

- Increase the Health, Attack, Defense, and Speed of 5 star Heroes by approx. 6%

In order to reach the full potential of their characters’ core strengths and performance, players should fully enhance their Heroes’ skills. Relatively, it’s not that hard to reach the full potential of 3 star characters. However, we have noticed that players have quite a bit of difficulty enhancing their 4 and 5 star Heroes due to the amount of MolaGora that are required to do so. We understand that players might feel discouraged from enhancing skills due to this.

As such, we have significantly reduced the amount of MolaGora required to enhance the skills of high-level Heroes. After the update, we will compensate players via the mailbox for any MolaGora already used to enhance Heroes’ skill that are in excess of the new costs. 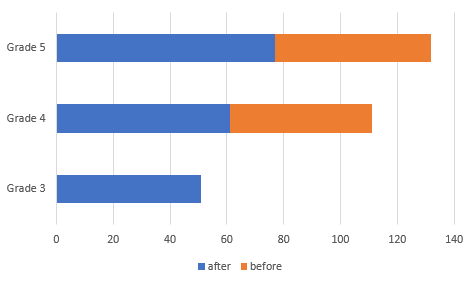 The purpose of the adjustment of the lasting effect from the “increase defense” buff was to decrease the dependency on this buff to some degree. However, in order to prevent the PvE content from becoming too difficult for players who have relied on this buff, there is a patch scheduled to decrease the attack in some PvE content. We first plan to prioritize applying this patch to world difficulty in Adventure Mode and Abyss.

There will be balancing adjustments to some characters. Characters facing improvements include Dingo, Coli, Yufine, and Baal & Sezan. Characters facing a downgrade include Tieria, Elson, Rikoris, Church of Ilryos Axe, Mucacha, and the artifact Sashe Ithanes.

After the downgrade of the character ‘Ravi’, we have been extremely cautious in our approach to character adjustments. However, after an extensive and comprehensive review, it was decided that certain downgrades were necessary. There were some characters with all-in-one skillsets and those with too much utility that nullified other characters’ potential and opportunity.

We understand that players who have enjoyed playing characters that are facing downgrade adjustments may be disappointed and even devastated. However, Epic Seven is not only dedicated to preventing indiscreet character improvements, but also in establishing a balance between different characters. Therefore, we believe that we are taking Epic Seven in a positive direction and we sincerely ask for support, patience, and understanding from our players and fans.

In order to reduce the inconvenience that may arise for players due to character balancing, we have considered implementing different systems. The first system that we will be implementing is the character recall system.

After the update, players will be given a certain amount of time in which they will be able to recall characters that were rebalanced. Once you use this function on a character, the Gold, EXP, Promotion ingredients, Awakening ingredients, MolaGora, and Catalysts that were used to nurture the character will be returned to your account.

The following characters will be available for recall after next week’s update: Tieria, Elson, Rikoris, Church of Ilryos Axe, and Mucacha. In addition, you will be use recall on Heroes that were nerfed before: Ravi, Kiris, and the artifact Sashe Ithanes.

Also, you will be able to unequip equipment for free for a certain amount of time after the update.

We know that character balancing is a very sensitive part of Epic Seven, and we will only proceed to balance characters after thoroughly going through an extensive review process.

In addition to the changes mentioned above, we will also be adding an “Archdemon’s Forces” Challenge, the climax of the Side Story “Eulogy for a Saint”, new artifacts, new Moonlight characters, new specialty changes, as well as a variety of system improvements and bug fixes.

In the next Dev Notes, we will cover a detailed review of Guild Wars as well as improved Side Stories and other core content.

This is all we have for you in today’s Dev Notes. We will continue doing our utmost to provide you all with an amazing gaming experience.