To kill the boss you need to deal damage and stay alive (easy, isn't it?).

You don't need healers for this fight!

Eagle Eye (100% Crit Rate) is mandatory. Others are not needed, but for long fights use Insta Heal and Magic Shield for cleansing debuff. Or Abyss Orb for manaburn.

Recommended heroes:
Aureus, Refud, Edelyn/Horlan for buffs. You can get 100% atk and 60% reduced cd if you use all 4 heroes. Line buffs lasts for 20-30 seconds, so you can cast them twice (on 6 heroes) or even thrice (on 9 raiders). Only exception is Horlan, he can cast his buff only on 2 lines.
Nepa-Tuum, Reina, Refud for def penetration. This trio have several roles in raid: Nepa-Tuum also delays cooldown, Reina manipulates mana, Refud gives atk buff.
Herjuna - delaying cooldown, notable damage, preventing ultimate. Can be replaced by Riri+Mayreel for example
3 dealers (Darae/Gloria can delay cd).
10th hero can be anyone - extra dealer, 4th buffer, cooldown reducer, your waifu or husbando.

Group heroes in lines correctly. Like 3 damage dealers in a row, 3 supportive dealers in another one. Buff main line first after Slurp's dispell.
Keep some (or all) ultimates for a second phase, don't rush from the start. The boss is pretty easy in group, using 2 crit masteries really helps.

Here's sample setup. Boss is very easy, he acts only once for the entire fight. 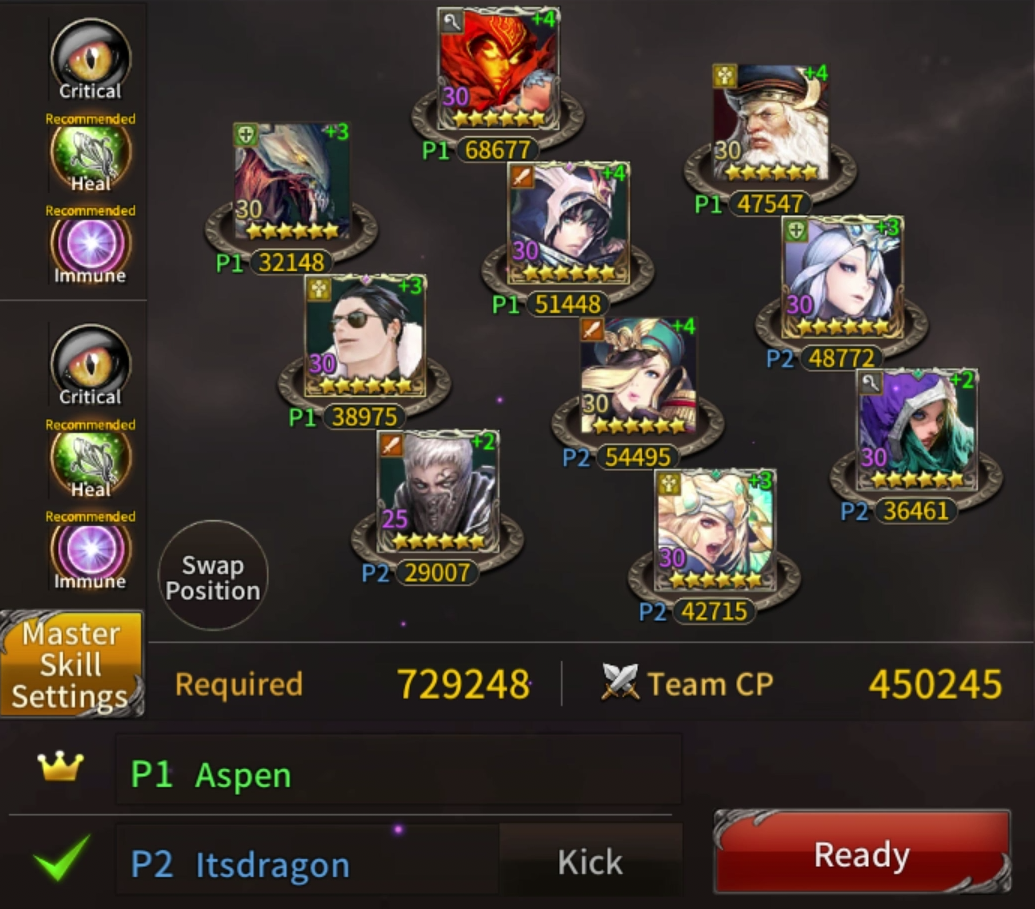 First Video at the end.

Do we need legendaries to clear lvl 10 raid?
Nope. ~400k CP overall is enough. 50-55k CP for main dealers (5-6* rare equipment, 3* runes), 30-35 for supporters (just make sure they don't die).
Horlan is good addition though. You can use Leonic and Radeath for debuffs and some damage, Beelzebub is worthless (no one to kill there, his passive won't work). 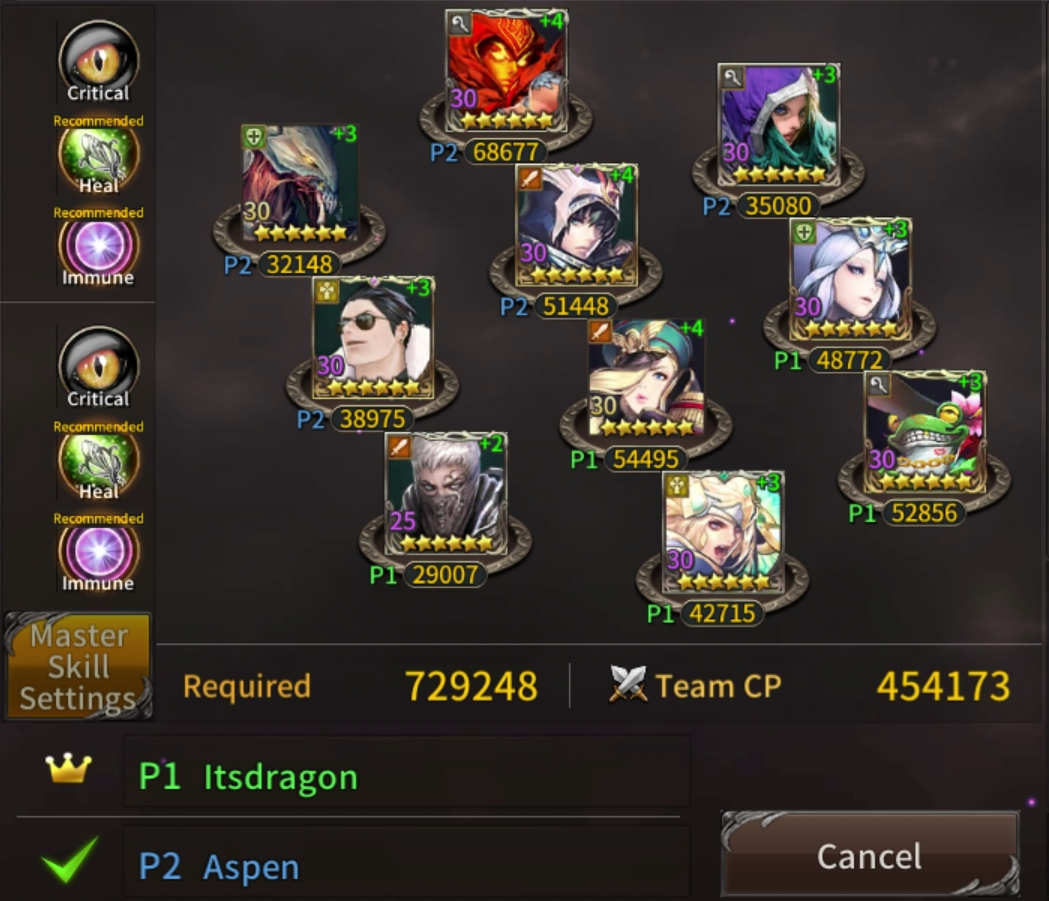 Second video at the end.

Don't like groups, can't find anyone, can't communicate with people with ingame chat (no group/private possibilities). Can I clear it solo?
Yes. But it will be harder - no second crit master skill, 10 geared heroes needed instead of 5-7 for group raid.

I have only 2 dealers, so the fight was way longer. Example: 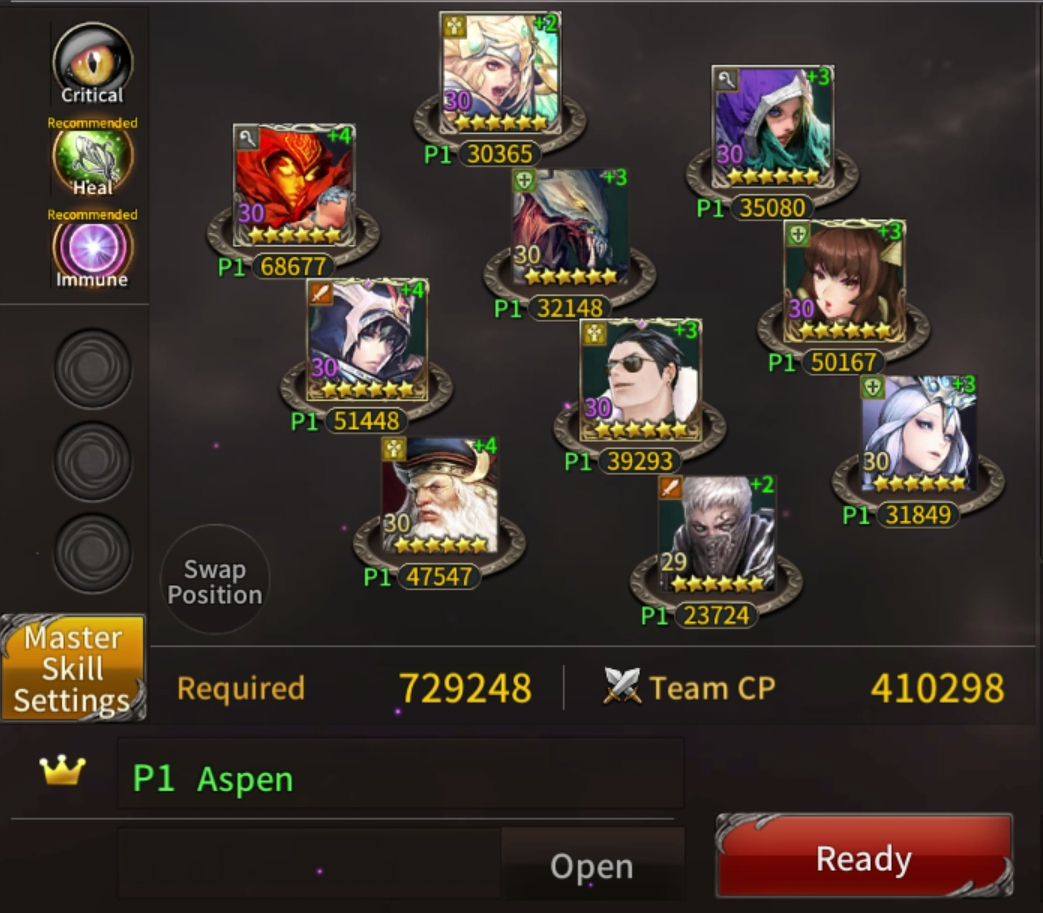