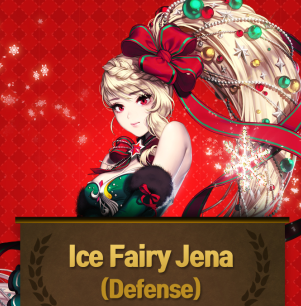 a. This new hero will be added to the Catalog.

b. This new hero will be added to the Coliseum.

c. This new hero has been added to the “Specialized Hero” section for Jungle Expeditions.

2. The Master Level has been increased to level 75!

a. Players will be able to increase their strength even further with these rewards!

b. A new package, Level Up Package IV has been added with this increase.

When a player reaches Level 70, they will be able to increase the skill level for 5 Master Skills. 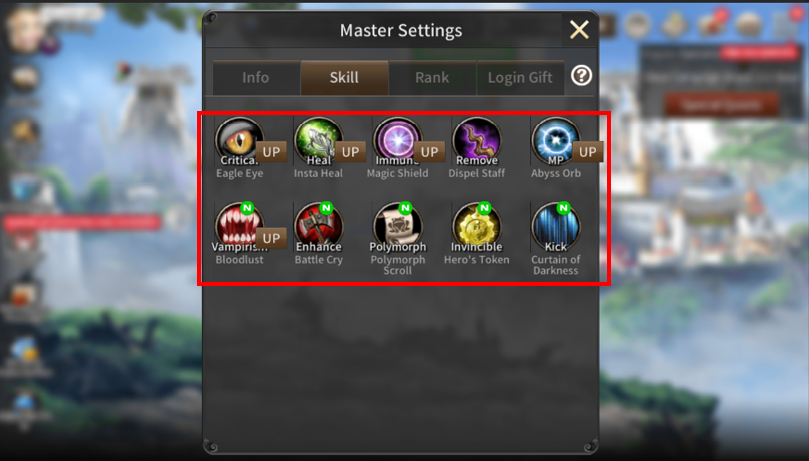 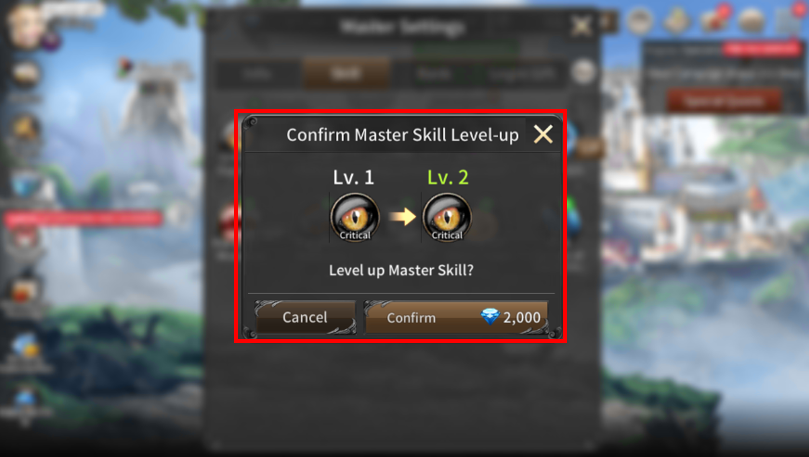 a. When players use this item, they will receive the same benefits as the Bonus Time event offered in Campaign mode. 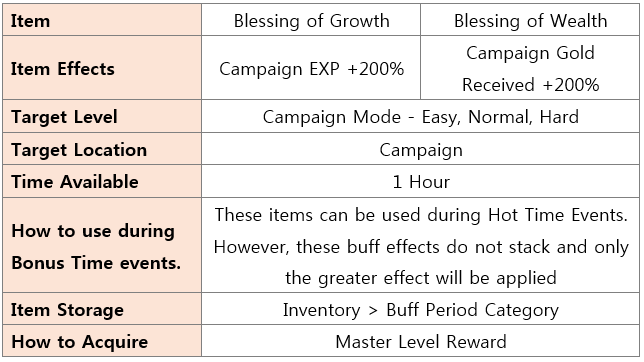 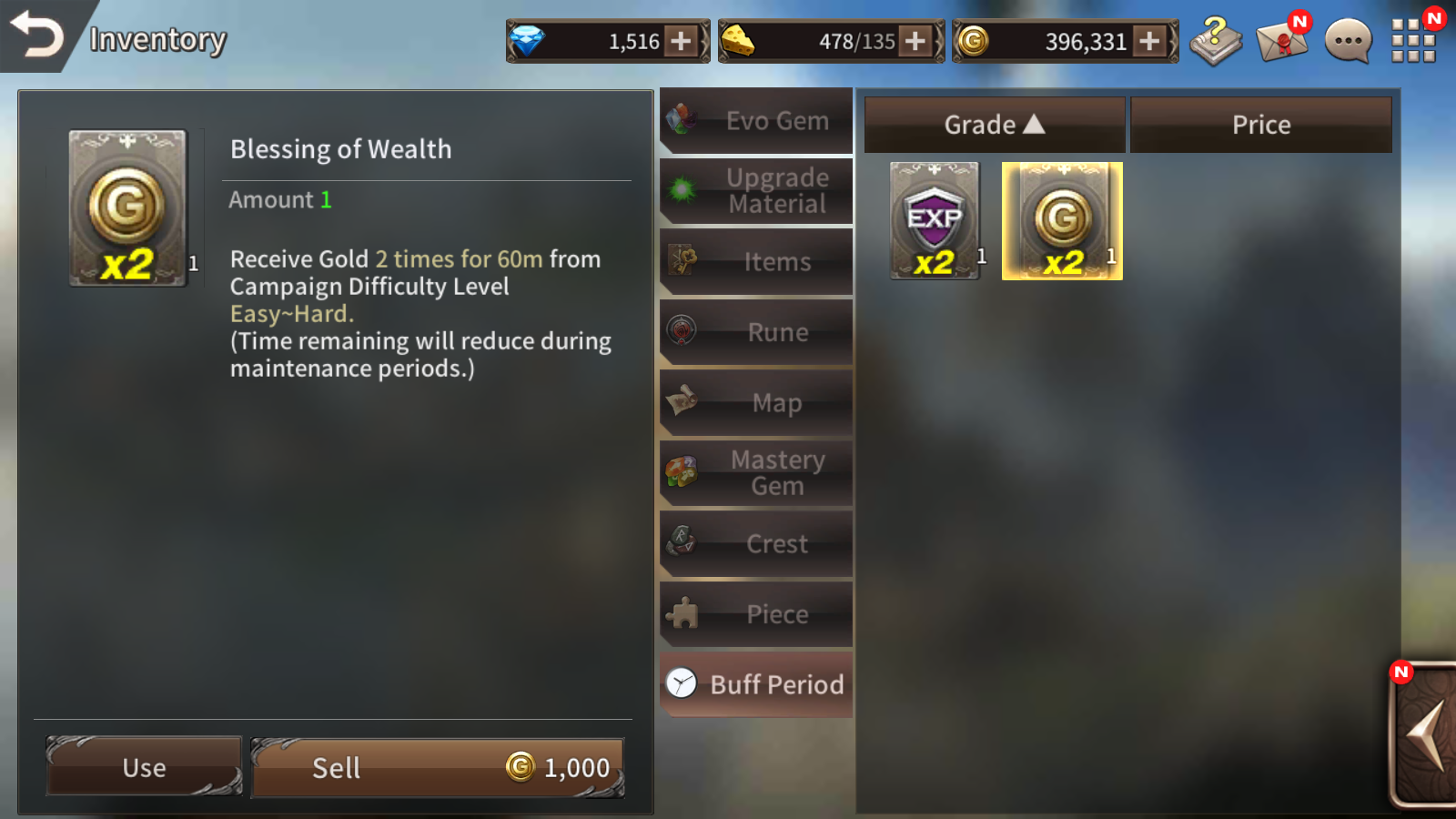 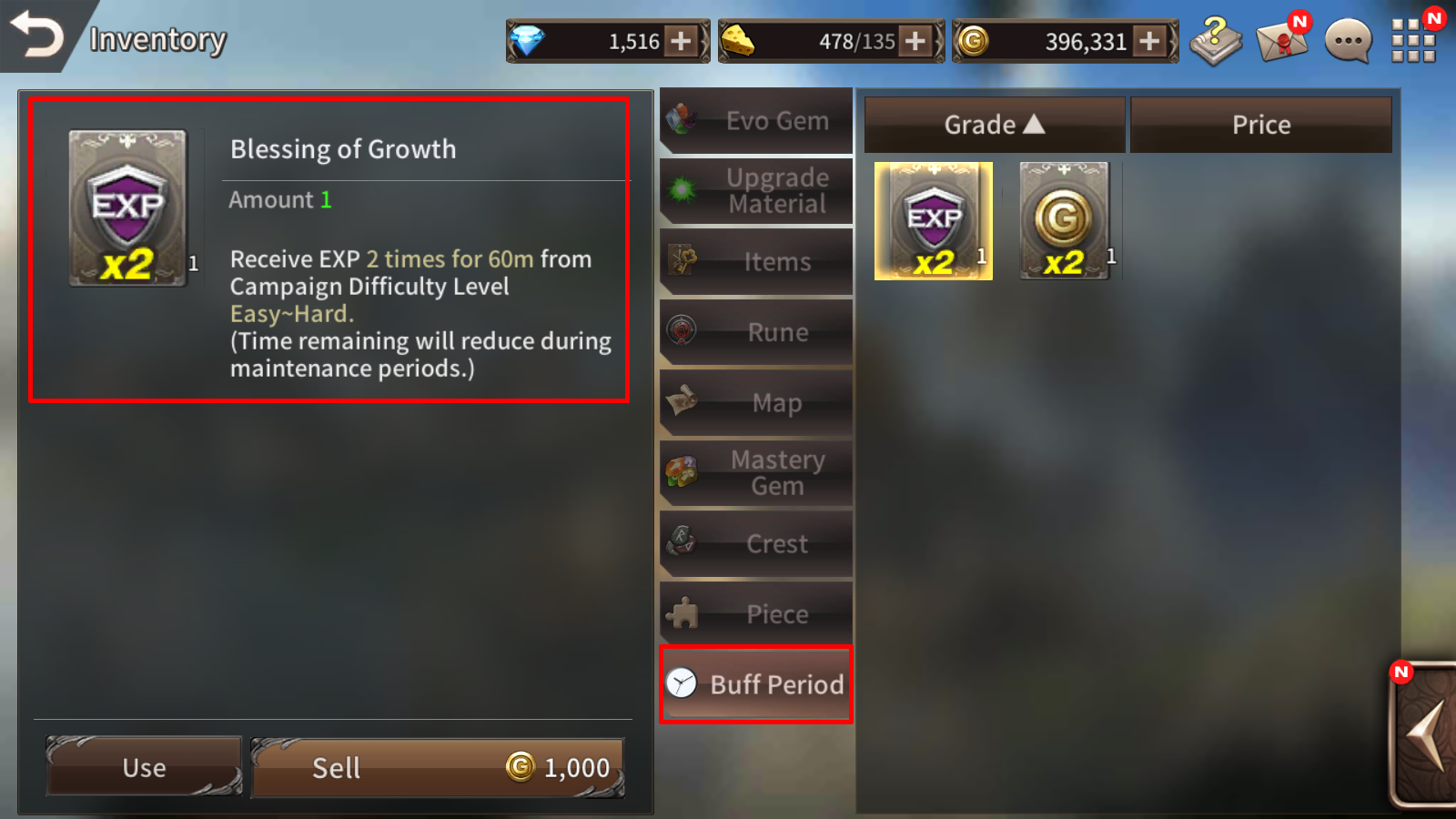 The following Master Level Rewards have been improved. 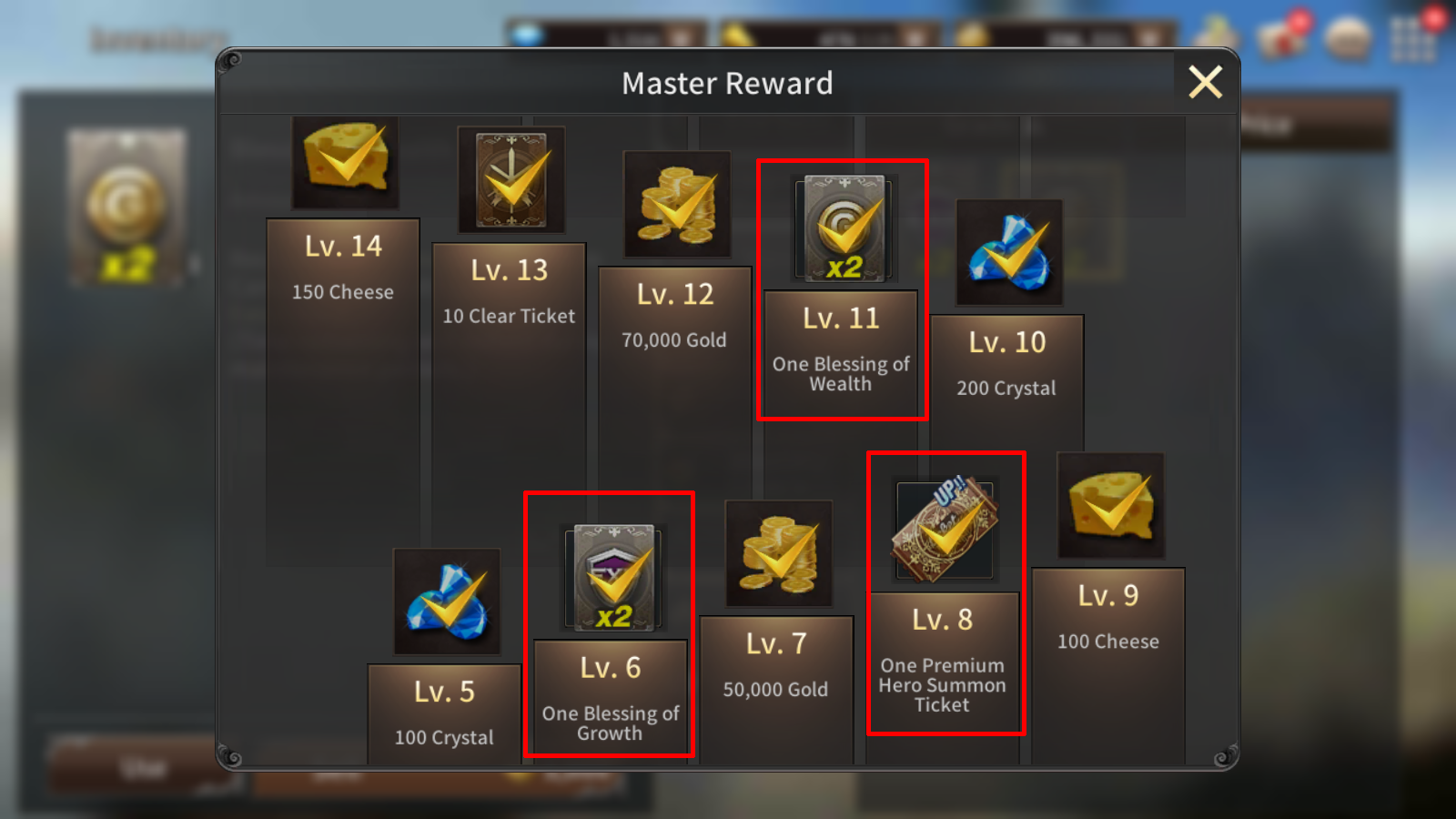 4. Floor B3 of the Dungeon is now open

a. Attack Tersia and receive Broaken's Armor as a reward! 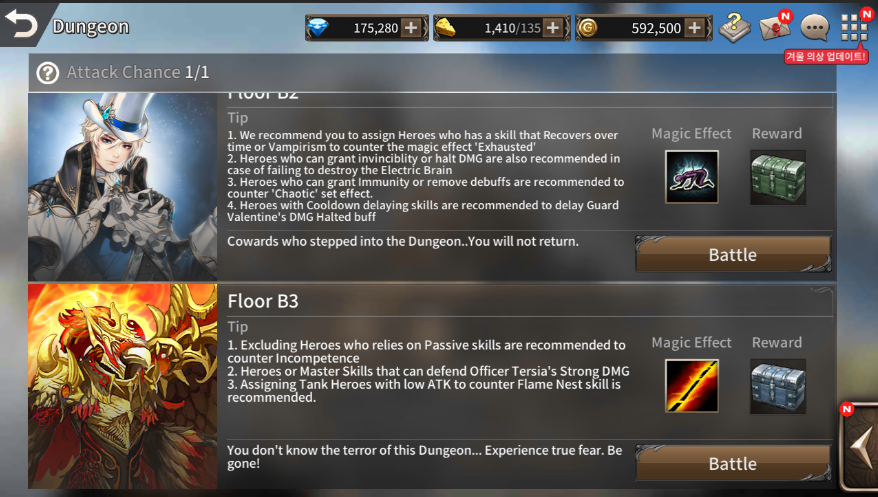 5. Other Bug Fixes and additional improvements

a. An issue regarding the Boss Hunt text will be fixed.

b. Certain locked quest achievements have been unlocked.

c. The “Skip Tutorial” button for new accounts will now be displayed.

d. The Red Dot and Green Dot indicators will have their size and brightness improved.

- The Team Batch filter will now allow players to search by rarity and Hero name.

f. The purchase limit for the Coin Exchange in the shop have been refreshed.

- Following the recovery, players will be able to receive Equipment Pieces via their in-game mailbox.

h. The rewards for the “Boss Hunt” event have been fixed.

- Subsequent victories will provide the rewards which can be seen below. 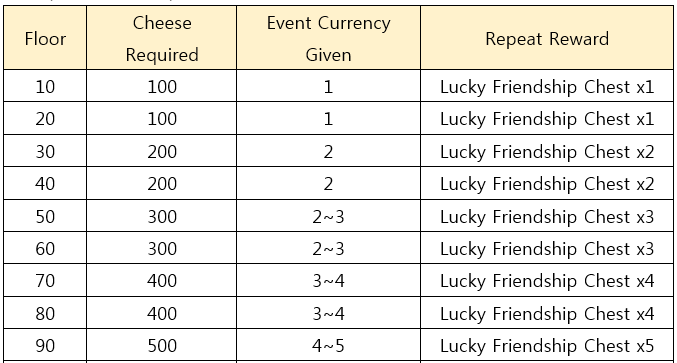 i The loading screen title image will be changed.

j. The New Player event has been improved to be more detailed than before. Additionally, improvements have been made so that the New Player icon will not display for players who have already completed this event. 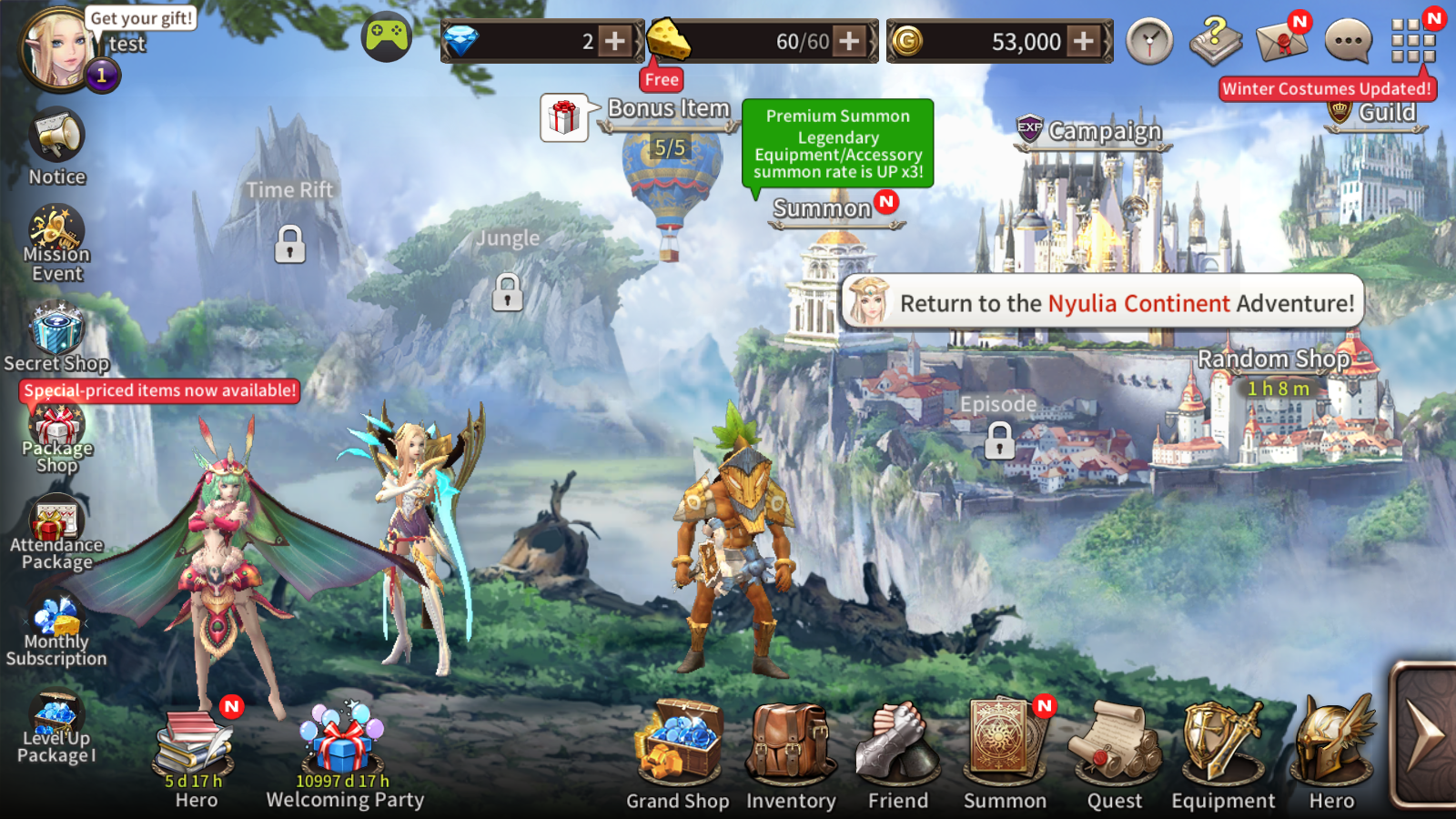