Hello Heroes,
This is GM Bearcat and I am excited to bring you our 11th major update!

1. The new hero, Forest Witch Dryad has arrived!
a. Added the new hero the catalog

c. Added the new hero to the “Specialized Hero” section for Jungle Expeditions

d. Forest Witch Dryad has been added to the “Old Temple Map” section for Jungle Expeditions

e. This hero has been added to the Coliseum

f. Forest Witch Dryad will now be included in all paid packages that include hero selections

2. The Magic Tower has been extended to Floor 80. 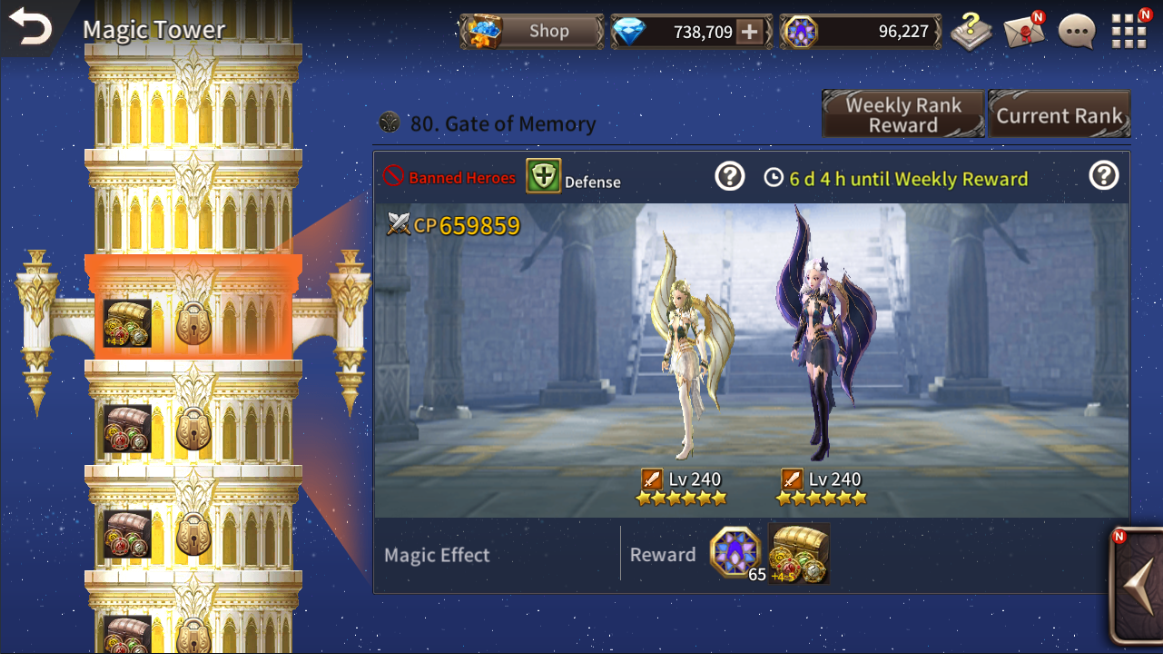 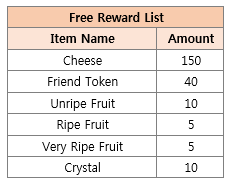 4. The damage output for two Uncommon grade heroes have been increased.
a. ‘Venomous Viper’ Skill Changes 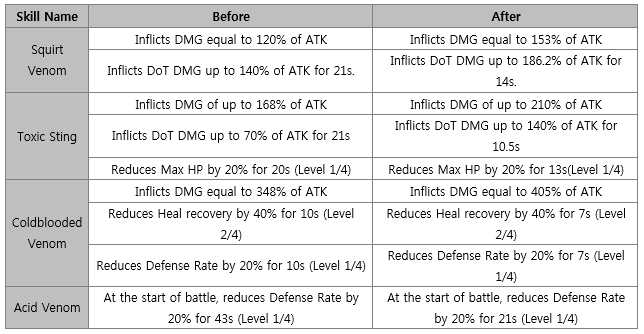 b. ‘Nepa-Tuum the Predator’ Skill Change 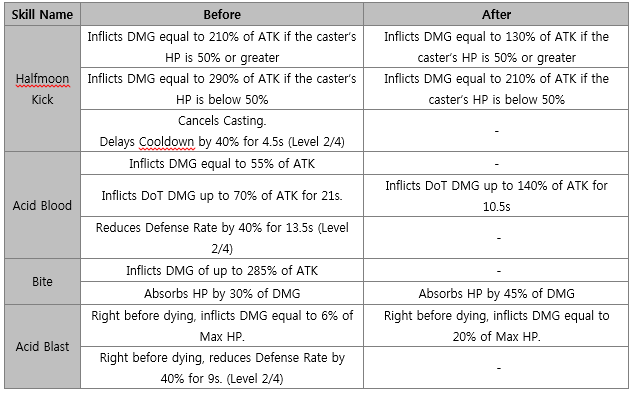 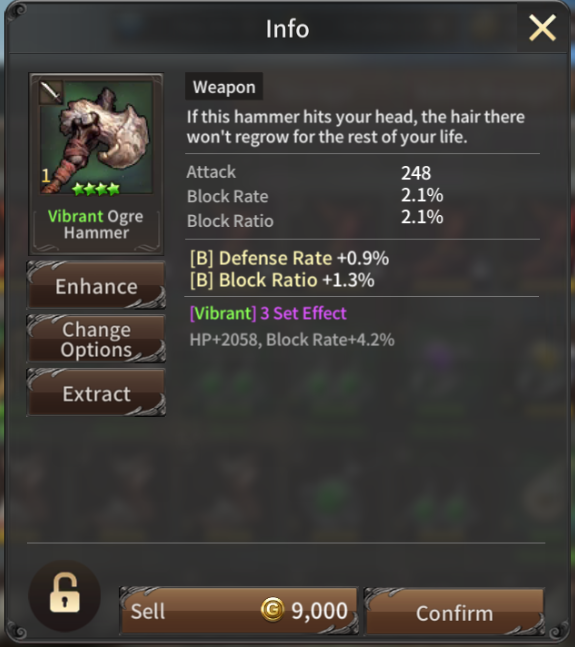 b. The way to extract equipment is the same as the method for extracting heroes.

c. Equipment extract can be completed in the equipment tab and multiple pieces of equipment may be extracted at the same time.

e. The items below can be obtained following equipment extraction.

7. An “Auto Equip” function has been added! Now you can easily equip all of your heroes easily!
a. Hero specific equipment cannot be equipped using this function.

b. When enhancing equipment, certain stats will be enhanced before others.
- Weapon: ATK First 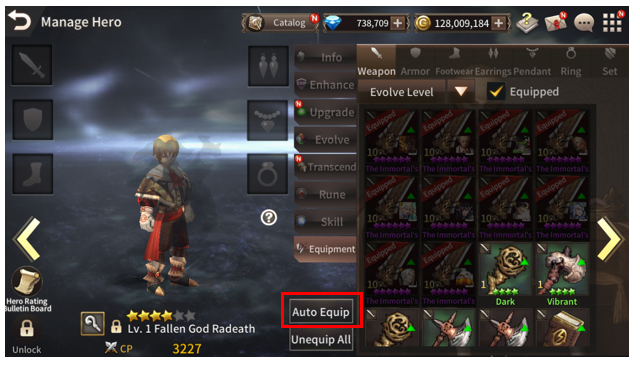 8. An “Unequip All” button has also been added to allow players to easily remove all equipment as well.

a. The “Unequip All” button will display on the Hero Page

b. It is possible for players to unequip multiple heroes at once. Additionally, the fee will increase accordingly. 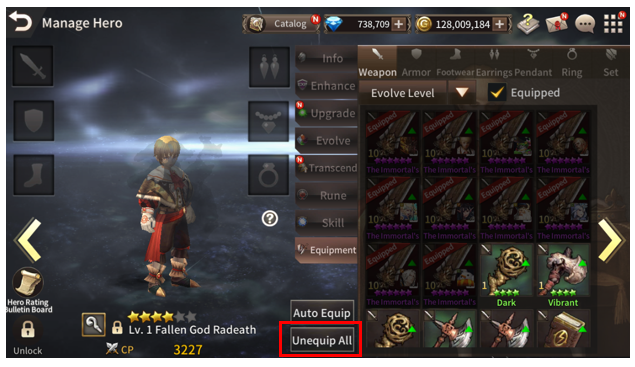 9. An additional icon has been added to the UI to help make targeting other heroes easier.

a. A button has been added next to the HP bar which will allow players to easily select the hero that they wish to use a skill on.

b. Press the button of the hero you wish to select. 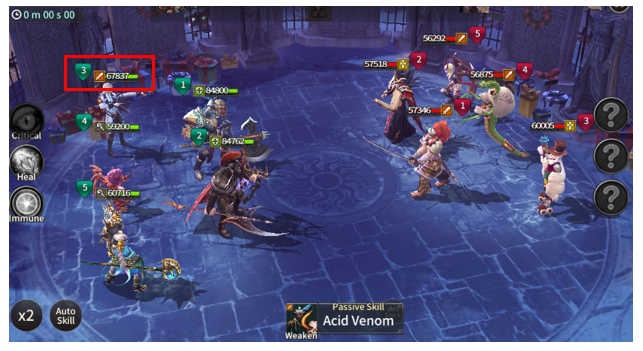 10. Rewards for Raid Mode have been improved. 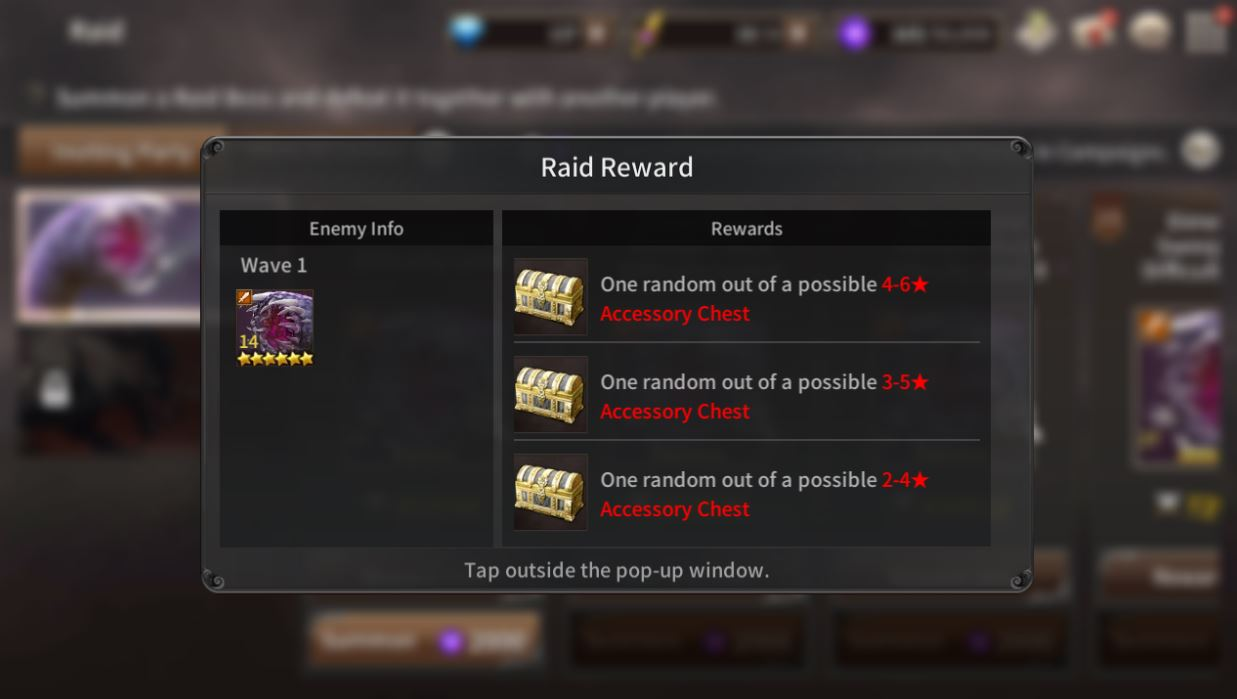 11. If players do not select a skill 5 times or more during Coliseum mode, they will forfeit the match.

12. A “Craft Material” tab has been added to the Craft System List!
Now you can craft all of the Evo Gems and Craft Upgrade material that you need without difficulty! 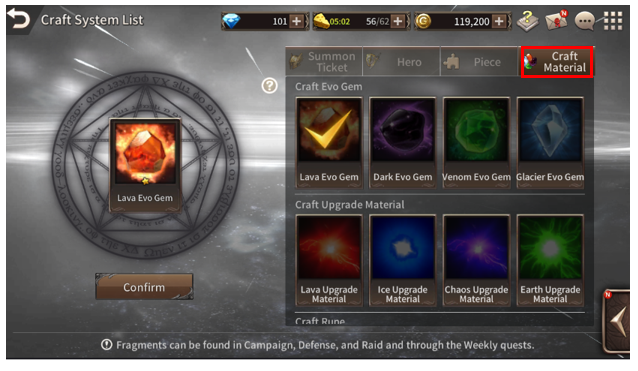 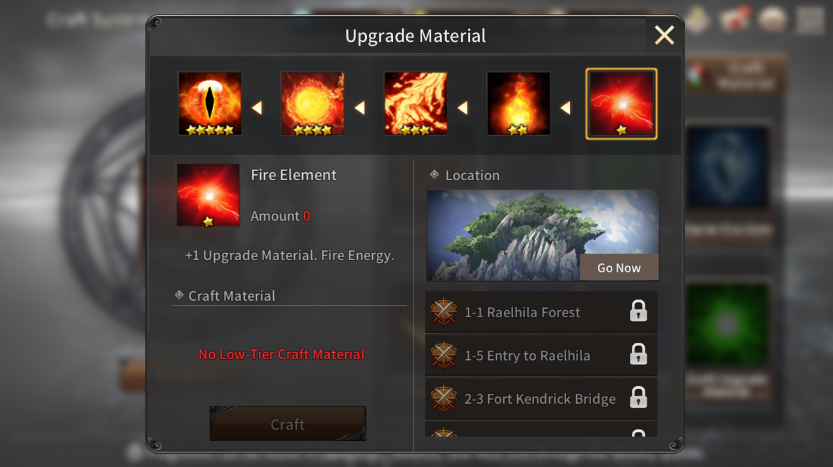 13. Select sale items will be changed in order to provide our players with greater benefits.
a. ChaosMasters Starter Package

b. Special Master Package I

a. The amount of time from deletion that a player may reverse the action has increased from 1 day to 14 days.

- After deletion, players cannot use the same Master Name again.

b. After downloading ChaosMasters and being placed in the appropriate server, the patch data will now download in the background.

c. An issue with the equipment storage has been fixed.

d. An issue that caused the Monthly Subscription price to display improperly has been fixed.

e. An issue that caused the red dot to display abnormally over the hero catalog menu has been fixed.

f. An issue that caused Tyria’s skill, “Polymorph” to not work as intended during Campaign Mode has been fixed.

g. The number of Equipment Pieces necessary to craft equipment has been adjusted.

d. An issue where the Jungle Expedition map did not appear properly has been fixed.

e. An issue that caused some guild battles to be prematurely ended has been fixed.

f. An issue that caused heroes other than the ones selected to appear has been fixed.

g. Issues regarding spelling and grammar have been fixed.