Hello Heroes,
This is GM Bearcat.
I am excited to announce our 10th update!

f. Admiral Draven will now be included in all paid packages that include hero selections.

a. Sections 4-6 of Hell Mode have been expanded! Test your might against more powerful enemies! 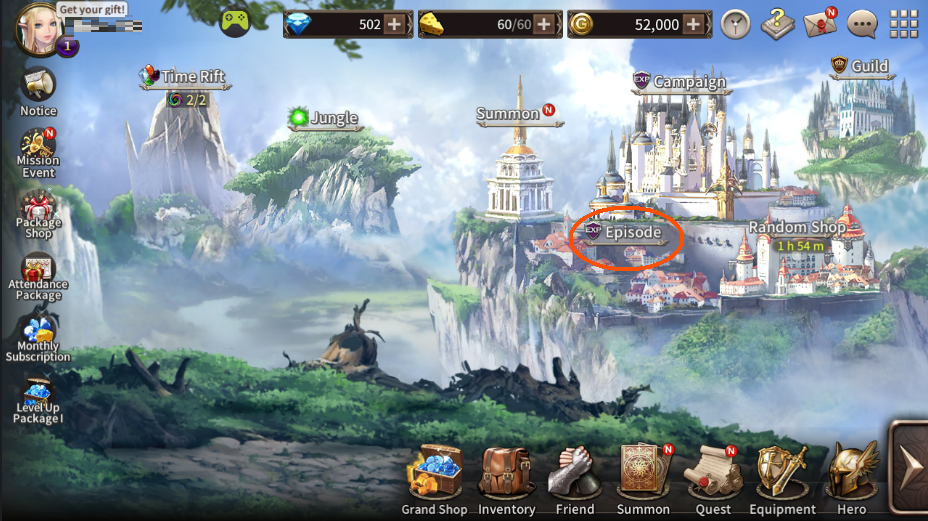 a. All enemies are given stealth for 15 seconds. This can be dispelled.

a. All enemies are given permanent stealth. This cannot be dispelled.

d. Episode - Birth of the Overlord

a. At the start of battle, a random enemy demon is summoned.

a. At the start of battle and at regular intervals after, enemy demons are summoned. 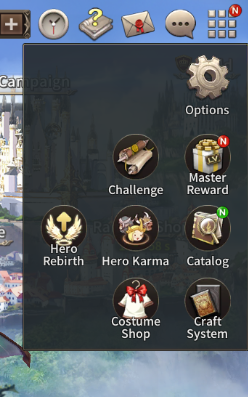 a. Within each heroes Challenge, you can receive hero specific equipment. 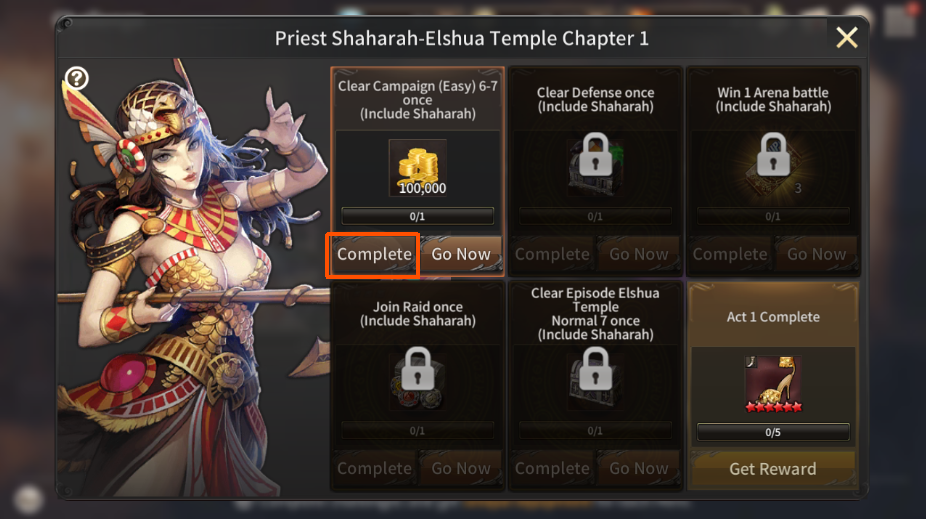 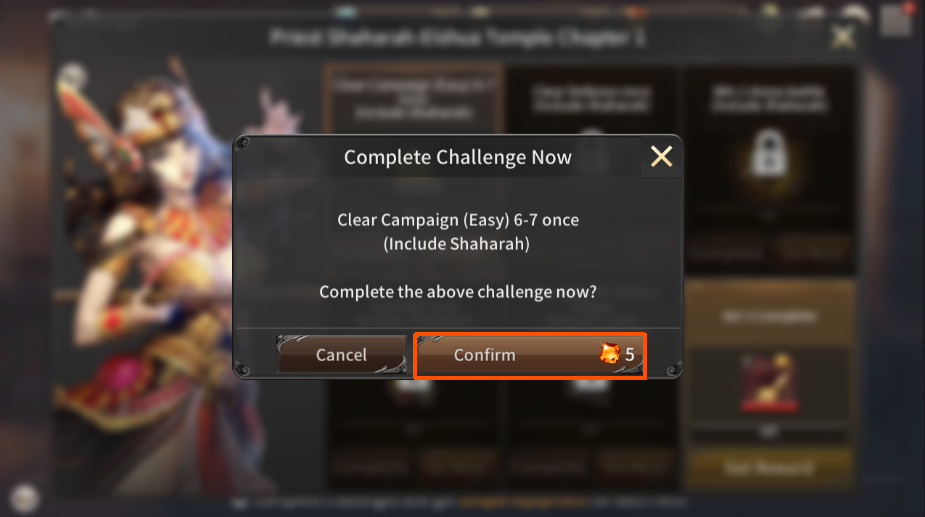 b. Players can receive hero specific equipment by either clearing all of the tasks presented or they can immediately clear the challenge by tapping “Complete”.

5. Information regarding the hero specific equipment that can be received by completing Priest Shaharah and Nivas the Aesthetic Destroyer’s Challenges.

b. For the character specific equipment, there are no additional options. However, this equipment can be enhanced using the [Crest System] to create the perfect equipment.

- There are four slots in which crests of different colors can be used. The exact colors and number of Crest Slots is dependent on the equipment selected.

c. The character effect and set unique effects are only active when equipped by the intended hero.

-All heroes may equip the character specific equipment, but they will not receive the hero specific benefits when equipping.

-When all parts of a hero specific set are equipped on the target hero, they may receive additional skill benefits. 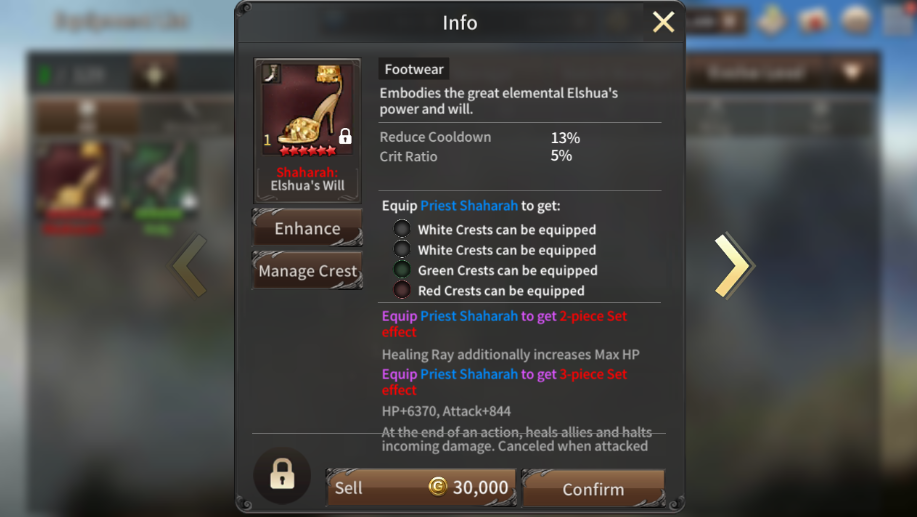 6. Crests can be placed on the character specific hero equipment.

a. Equipment Crests can be added in the equipment screen as well as on the hero selection screen.

b. Each equipment has slots available for Crest Slots.

c. Each crest slot has a different value of grades 1,2 and 3.

d. The effect of each equipment is enhanced based on the Crest that has been applied to the Crest Slot.

Before equipping the Crest, players can see the expected increase of stats prior to equipping. 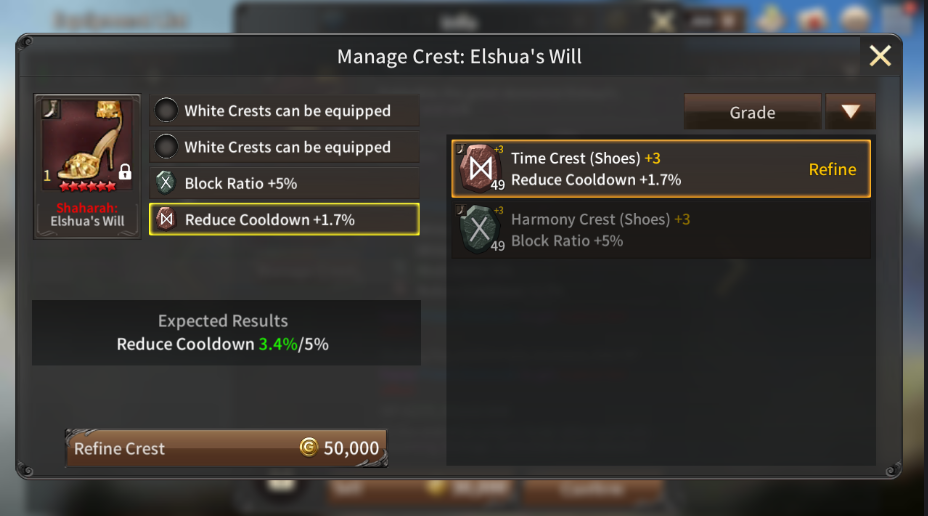 e. When equipping the Crest, a short sentence will display showing the expected increase in stat for the item.

f. There is a 10% chance of having a “Great Success!” when equipping crests, which will increase the stat being enhanced.

g. If you select a Crest slot that has already been equipped, a new text will appear that displays as “Refine Crest”.

i. The amount of times a crest can be refined is limited by both the crest type as well as crest slot.

j. If a crest is reaching the final amount of times it can be refined, a sentence in red will appear alerting the player of this situation.

k. If the refinement limit has been reached, then the Crest will display, in red, the word “MAX”.

l. If you have selected a crest, but wish to change that crest, players can select the new crest and tap “Change Crest” to prompt the change.

m. When the crest has been changed, the previous enhancements will be replaced with the new enhancements.

n. Once a crest is changed, the refinements that have been done will be removed and cannot be brought back even if equipped again.

o. The exact same Crest cannot be placed on a different slot on the same piece of equipment.

-Even a slot with two of the same color should contain Crests that apply different benefits.

7. Banned hero system has been added to Arena

a. During specified times, certain heroes will be barred from use in the Arena.

b. There will be banned heroes in the Arena for pre-season as well.

c. The banned hero system will display as below: 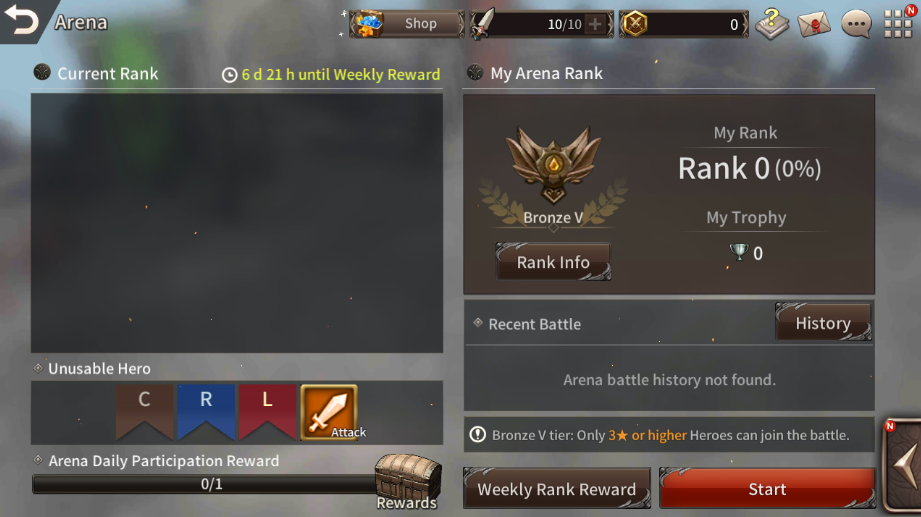 8. Jungle Mode now automatically selects the top heroes that can be selected for this mode. 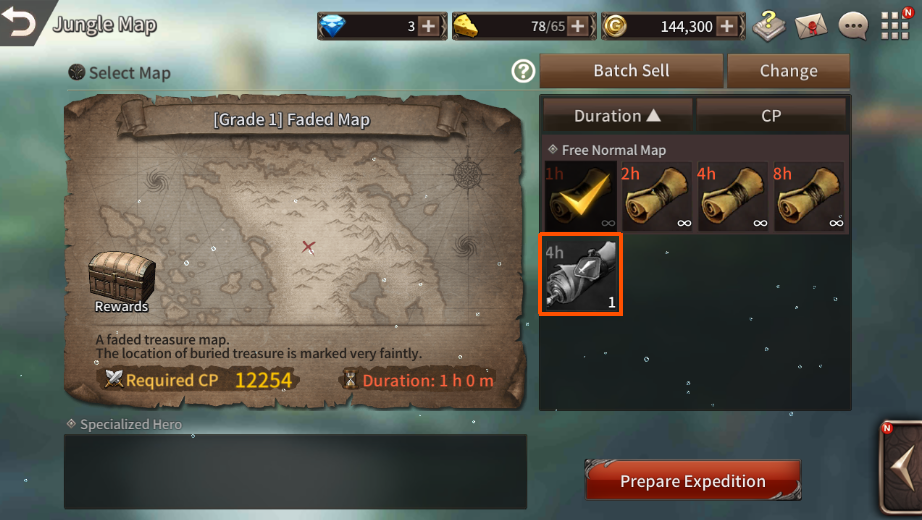 9. Magic Tower Clear Times are now more detailed than before!

a. The Magic Tower timer has been increased to display in milliseconds for even more detailed information!

b. The timer now displays milliseconds to the 4th decimal place.

-This will be placed under the name of the hero.

a. In the Equipment section, an arrow has been added to aid players in viewing more equipment.

b. Increased the speed when accessing new areas.

c. The issue where if a player was disconnected while buffed and returned to battle, the buff would not be applied has been fixed.

d. The issue where “free summon” displayed incorrectly and resulted in Crystals to be used when summoning has been fixed.

e. An issue regarding Guild Wars where some battles were not properly processing has been corrected.

f. The issue where certain equipment displayed as Lv.0 has been fixed.

g. The organization of the Jungle Maps has been modified.

- Maps that take less time to complete will be placed ahead of maps that require less CP.

h. The display of ChaosMasters in iPhone X has bee improved.

i. An issue with “Test Subject Dereka’s” English and Korean voice has been fixed.

j. When purchasing cheese in the Random Shop, the issue where an error box occasionally appeared has been fixed.

l. The issue where players were being given Purple Fragments upon clearing Defense Mode levels has been corrected.

m. The issue where battle music continued to play when in Guild Menu section has been corrected.

n. The issue where, when using the catalog that the tooltip menu would display improperly has been corrected.