Hello Heroes,
This is GM Bearcat!

I’m excited to show you the newest update that will come to ChaosMasters soon!
We are currently working as hard as we can to bring this to you and we will let all of our players know when the update maintenance will occur as soon as we can.
I can't wait to hear your opinions on this latest update and for us to experience it first hand together!

■ Heroes
1. The new heroes, Captain Jerdin and Lotus Fairy Yeonhwa have been added!

a. Added the new heroes to the catalog. 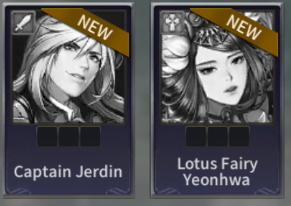 b. Added these heroes so that they can be summoned and combined

c. Added these heroes to the “specialized Hero” section for Jungle Expeditions.

i. Lotus Fairy Yeonhwa has been added to “Ancient Temple Map” Jungle Expeditions. 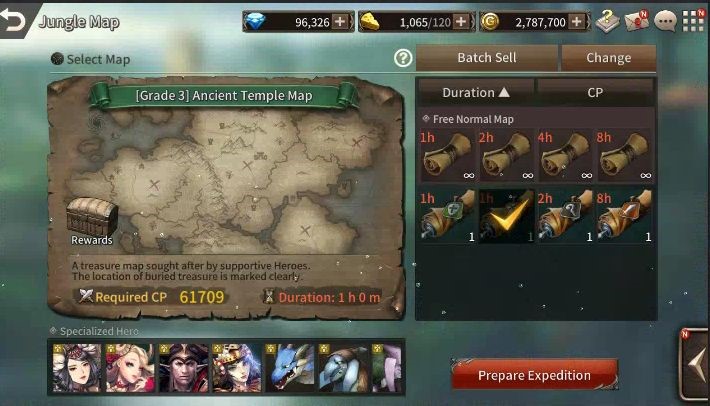 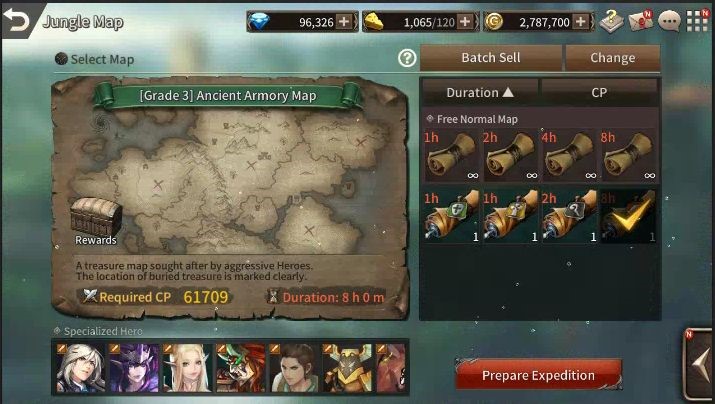 d. Added these heroes to the Coliseum

e. Lotus Fairy Yeonhwa has been added to the Hero Karma system. 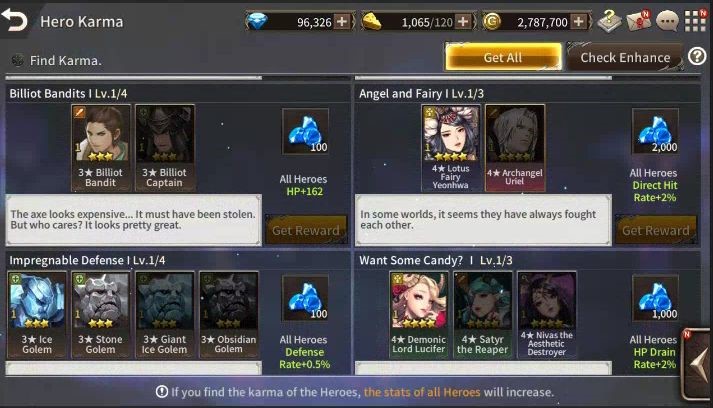 ■ Contents
1. New difficulty levels for Jungle Maps have been added. 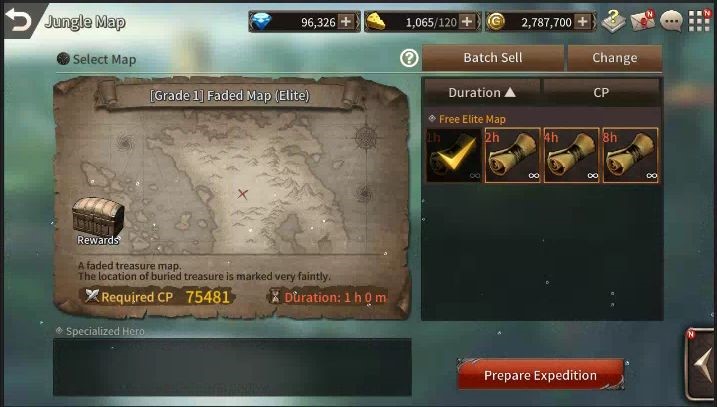 3. We have improved the team formation settings to make playing more convenient for players.

-Players can now save 3 team formations for battle. 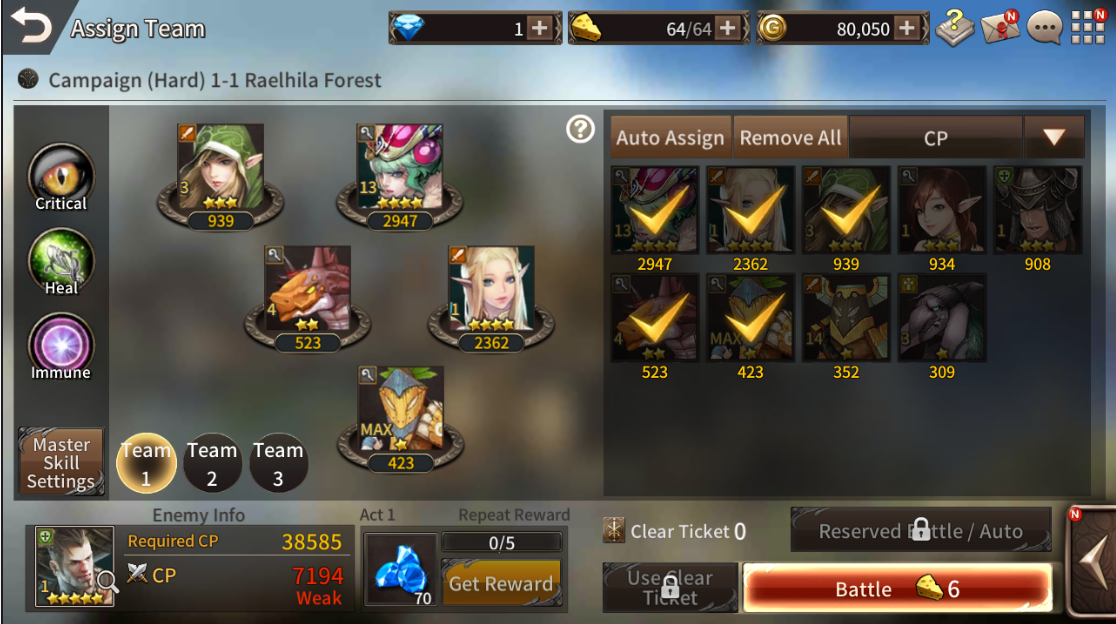 a. How to save your team(before and after battle)

I. Each team is saved after participating in battle.

II. The team selected will remain in battle until the player selects a different team.

b. Available Modes for multiple teams

I. Players can use the multiple team setting in the following modes: Campaign, Time Rift, Magic Tower, Arena,  Friendly Match and Defense.

4. Monthly Subscriptions! Don’t miss out on these items!

- Monthly Subscriptions I, II, III can now be purchased in advance!

I. Monthly Subscriptions can now be purchased in advance.

II. Monthly Subscriptions purchased in advance will now give players a bonus!

I. Monthly Subscription I– No Bonus

I. In addition to the subscriptions above, players will also be able to reserve purchase other items.

I. For the first purchase, the Reservation button will be unable to be selected.

II. After your first purchase, players will be able to tap the Reservation button.

(The Reservation button and Bonus reward will be shown)

III. Players will receive both the reservation bonus reward as well as the immediate reward for the subscription they purchased.

IV. After purchasing the Reservation button, a countdown timer will appear.

The Reservation button can also be deactivated.

V. When the current subscription timer completes, the reservation button will disappear and the purchase button will appear.

5. For player convenience, we have placed the “Attendance Package,” “Monthly Subscription” and “Level Up Package” as a banner on the Package Shop.

- Now players can easily purchase everything in one area! 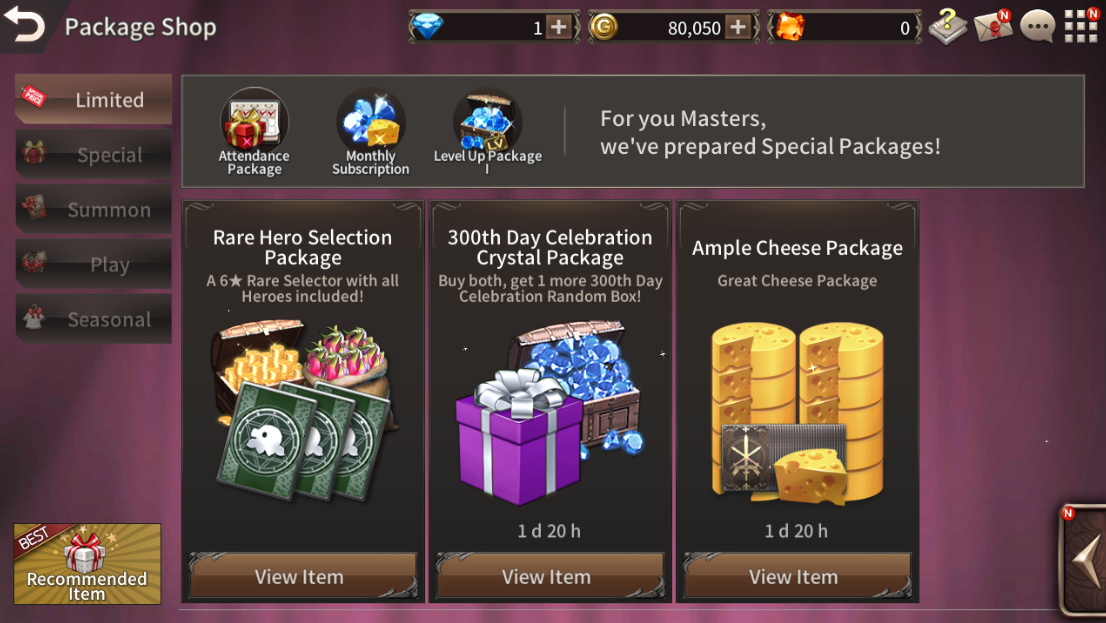 6. The equipment/accessory summon area will now be a permanent part of the Summon section

- The Equipment/Accessory button has been added.

- The equipment/accessory summon rates have been adjusted due to being a permanent feature.

- The summon system order when using Equipment/Accessory summon reward tickets will be as follows:

- For summon tickets in a players in-box, the previous message will display but upon opening, it will be converted to the new equipment/accessory ticket.

IV. Rates have been modified as have the help tips.

7. In the chatting area, heroes and items messages are now color coded.

a. Heroes are color coded based on their grade

8. The matchmaking system for the Coliseum has been adjusted to allow for more fair and active battles.

a. 1 victory is required to unlock the first hero(The 7th Hero Selected): Alternatively players can unlock it with Crystal x100

b. 3 victories are required to unlock the second hero(8th Hero Selected): Alternatively players can unlock it with Crystal x300

c. 5 victories are required to unlock the third hero(9th Hero Selected): Alternatively players can unlock it with Crystal x500 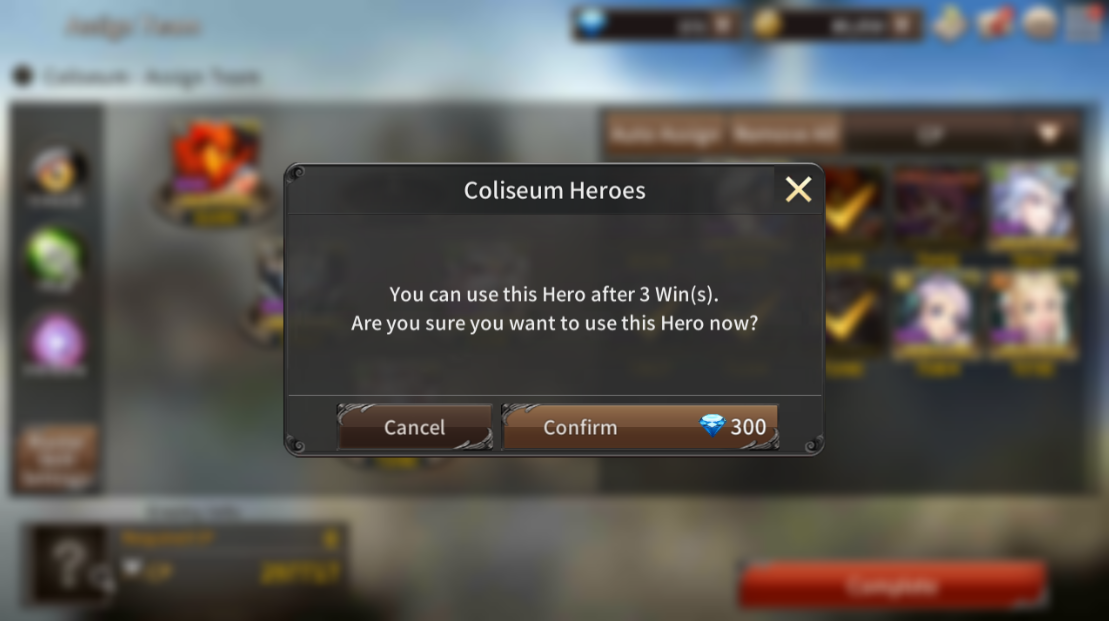 9. Some of the information regarding the different modes has changed.

- The maximum number of entry tickets for Castle Siege, Arena and Raid Mode has changed.

a. The maximum number of entry tickets for Arena that a player can have has been changed to 10.

b. The maximum number of entry tickets for Castle Siege that a player can have has been changed to 10.

c. The maximum number of entry tickets for Raid that a player can have has been changed to 10.

10. There are additional reasons to participate in Defense mode.

-  For the Golden Turtle Battle, sometimes there will be a random gold multiplier added upon victory.

a. The consequence of a victory or a loss has not changed.

b. This will display once the results have been settled.

c. On the results screen, the multiplier that is applied to the gold will now be displayed.

11. Defense mode has changed so that players can more actively participate in this mode.

- There have been changes to the “scout” function.

After: Cheese x250 (Players may only refresh a maximum of 15 times) 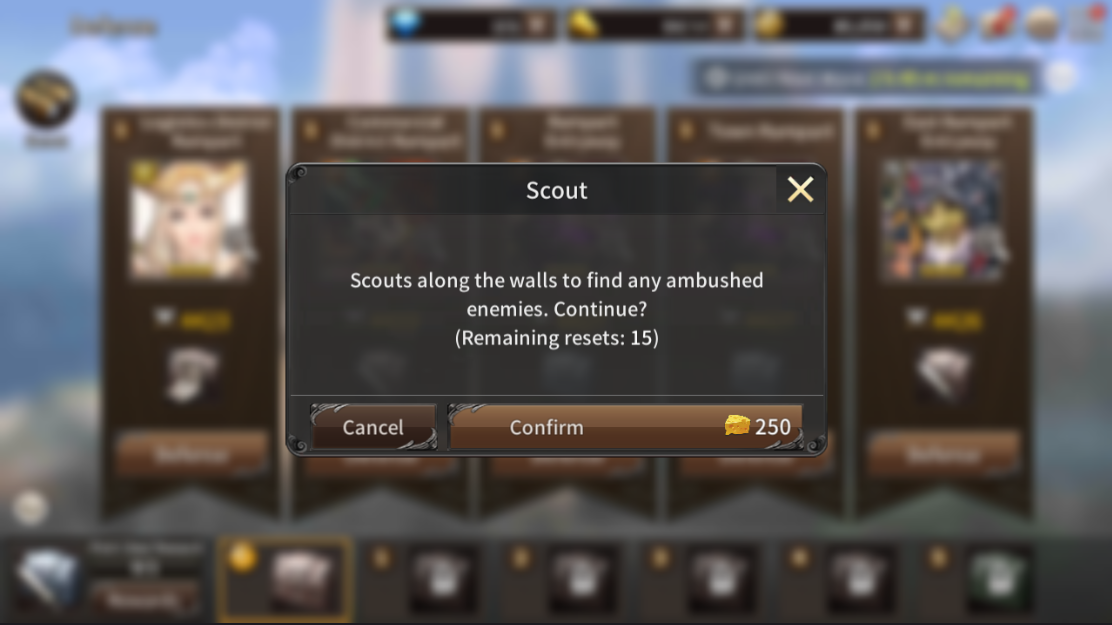 - ‘The maximum level for Guarding Weapon has been increased.

a. From Level 30 players will be able to increase the power of their Guarding Weapon with Crystal.

b. For transcendence level +1 to Lv.2 players can use gold.

The new transcendable levels will go from level 30 to level 40.

a. After the update all heroes will be included.

b. An issue where Overlord Beelzebub would have an extra turn has been fixed.

c. An issue where some text during battle would not display correctly has been fixed.

d. Free hero selector tickets now show any heroes which are not available to be selected.

14. After the update these packages will no longer be sold.

15.
After the update, the following items will no longer be summoned or crafted