Hi, today i will write a guide to help you clear Magic Tower F.60 easily.

Magic Tower 60 is not hard if you can reach it. I think all of you can clear it if you pass F.59. My guide will focus on how to make it easier and faster:
-It's boss floor, only need defeat Nivas to win. There are no Magic Effects, and there are Nivas's info: 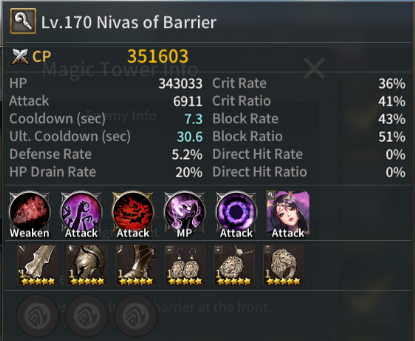 -After knowing about this, there are some tips for you:

1.Pick heroes with Penatrate and Area skill : Because 2 Stones are invisible, so you need to use Penetrate or Area attack skill to deal damage to Nivas before Stone dissapear. There are some good heroes for do it:

2.Pick heroes can deal Massive Damage after Stones dissapear . Best choice is  Kali   and  Ribbit (Ribbit can buff speed and mana before Stone dissapear). But this is the way, you can not kill boss <40s, my suggestion is use Penetrate and Area attack Heroes.

3.Pick some Supporters : They will give main DPS mana, ATK, Crit Rate, Speed ... Some good Supporters:

So there are some team suggestions for each week:

5. Arrange your heroes before the battle start: Because of the skill, most of all  Penetrate  , so you need to set up your best Dealers in V shape to trigger  Battle Cry  with the best effect (3 heroes get this effect). 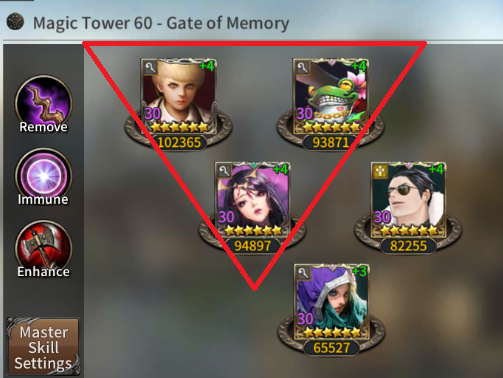 6. Some tips to clear faster:

Good luck, hope you can clear it best Time: 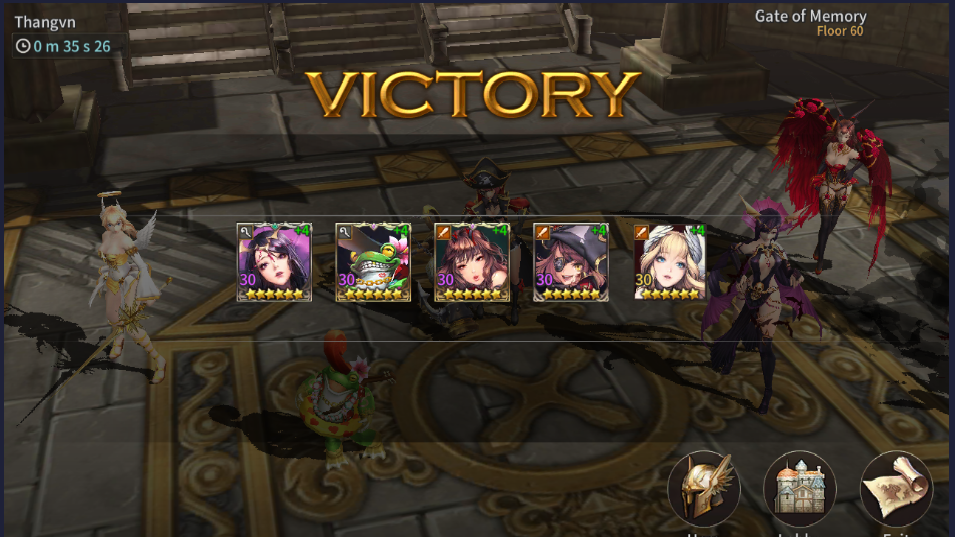 6.Video: There are some Video i cleared F.60 (not the best record, you need to try alot to get best Record):