When you reach floor 60, you will face quite a surprise: the boss has two invincible rocks blocking in front of you, rendering your heroes' single target skills useless. To deal with this matter, there are 2 easy plans.

Ranging from Legendary heroes like Radeath, Zupiel, Beelzebub, Leonic to Rare ones like Nivas, Nils and Uncommon ones like Akasha, Irea. These heroes can directly damage the boss and with enough dmg and time, you will be able to clear the stage.

Kali and Ribbit are two notable nukers that can bring down any enemy quickly. However, to utilize these two in this stage will take some effort.

-The boss' attacks are all Penetrate type so you need to make sure your back line is safe using heal and defense buff. The boss has a self buff that increases atk by 60% and ult. Cooldown by 40%, she will start the battle with these buff and will cast them again after resurrecting. 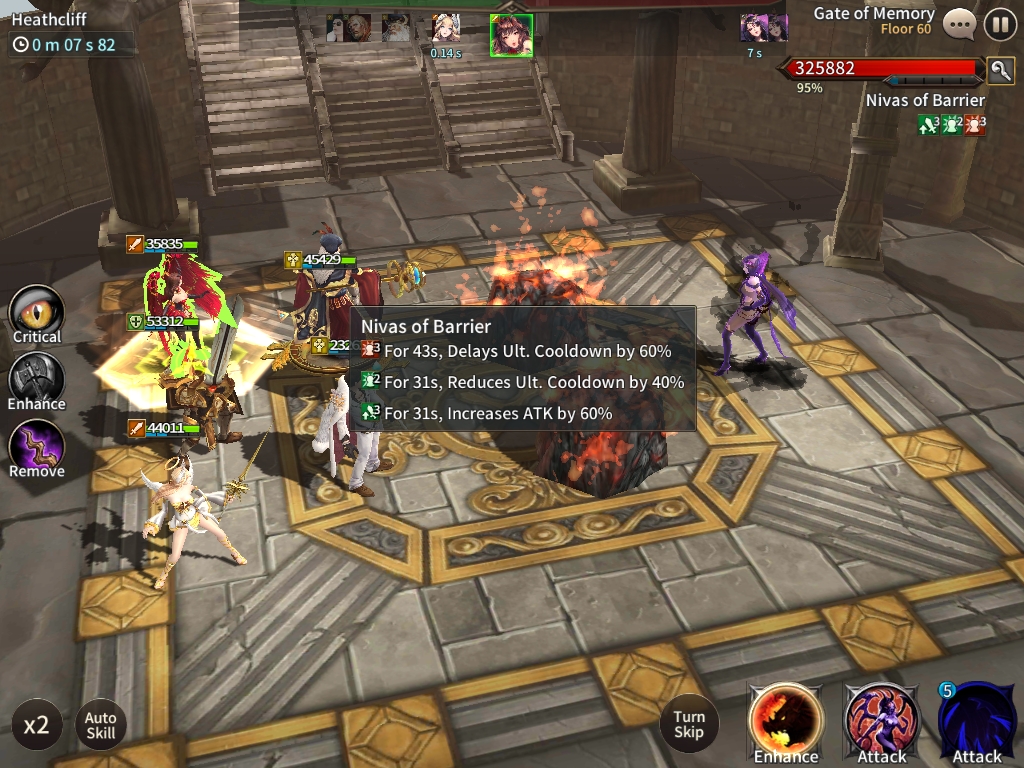 -At the start of battle, I suggest using the master skill Dispel Staff to remove the attack buff, helping your heroes survive easier.

-If you bring AoE or Penetrate hitters then you can relax and focus only on hitting the boss. If you bring single target heavy hitters then you will need to wait. At around 40s mark, the stones will disappear for a couple of seconds (roughly 10s iirc) and this small window of time is when your damage dealers shine. 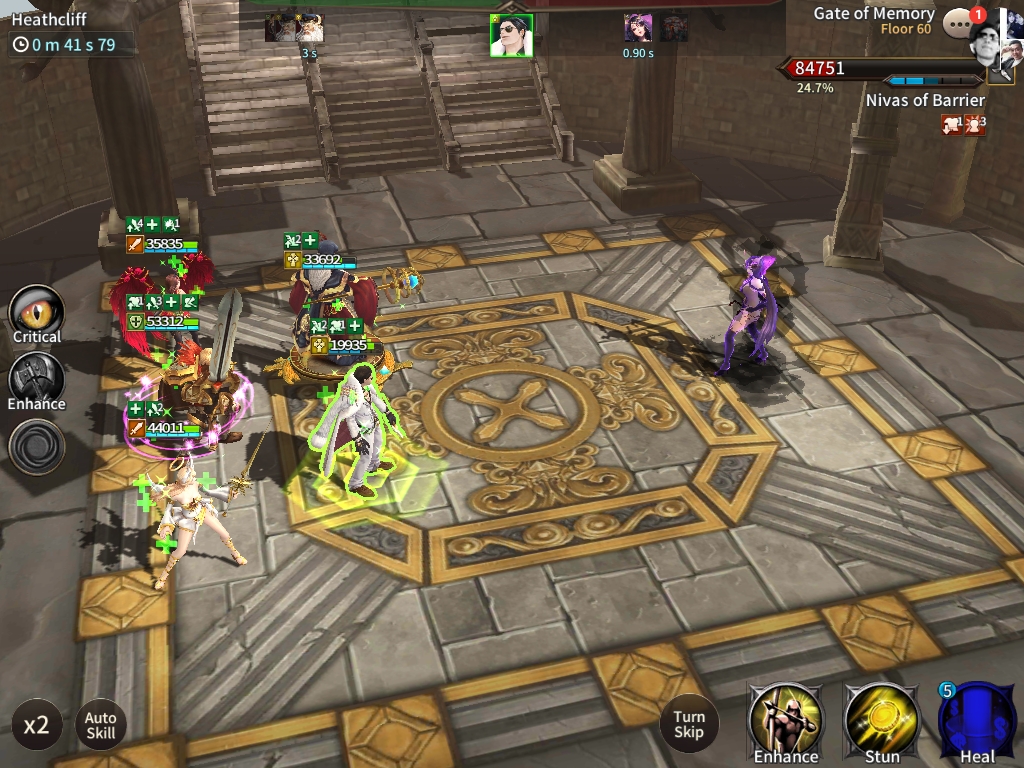 Nuke the boss as hard and fast as possible. If you lack damage, then stall for time and wait. The stones will disappear once more at roughly 1m30s mark. Pay attention to the boss' damage output though, after resurrecting, she will have an extra attack that hits very hard. An easy way to keep your team alive after the boss enrage is stacking attack reduction debuff (using Radeath and Leonic) on the boss or stacking heal and defense buff on your team.

Good luck on your battles to conquer the magic tower :)