This is GM Whitecat!

The moment we’ve all been waiting for!!

Quests, Rune Combos, plus a special Attendance event for you Heroes!

And, you’ll now get more rewards when you level up!

Without further ado, onward, to the patch notes!

- When specific Rune Combos are equipped, you can unlock new Rune effects.

- The results of Rune Combos are graded from Rare ~ Hero.

- There are two types of Rune Combos: Type Combos and Special Combos.

- When equipping specific Runes to specific locations, you can unlock new Rune effects.

- In these cases, the individual Runes’ effects disappear.

- Some Special Combo effects appear only at special times.

ㄴ For example, when cards reshuffle, or when entering a stage

- New Special Rune Combos will appear in your list when you obtain at least one Rune from the combo.

- After a combo appears in your list, even if you get rid of all the Runes that were a part of it, the combo will remain in your combo list. 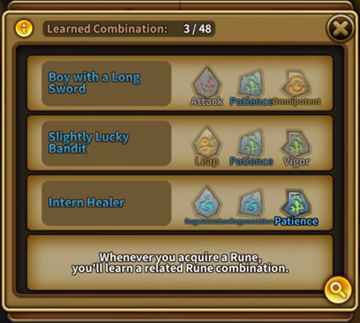 - A special attendance event to help you enjoy your stay in Astelsia even more!

- Both new and existing users will all be able to participate in this event.

- Be sure to click on the ‘Receive Package’ button to collect your reward! 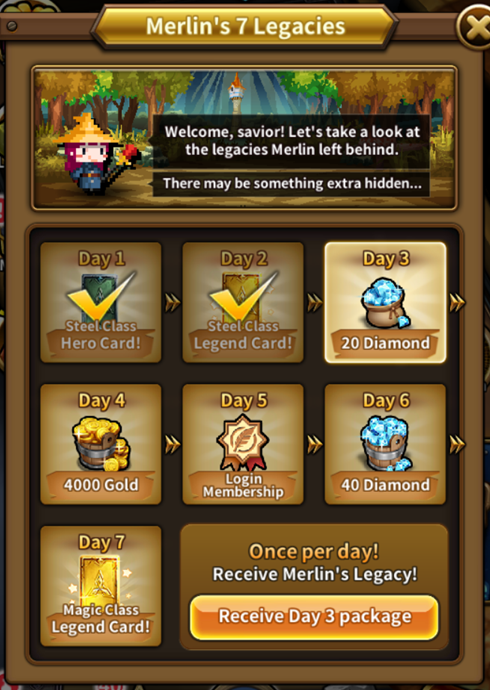 The way that the Venomous Catalyst skill is calculated and the way it appears have changed.

- In following with the changes to the skill calculation, many cards’ poison damage stats have changed.

Current: When in your Hand or in the Field, poison damage to all enemies is increased by 200%.

Change: When in your Hand or in the Field, poison damage to all enemies is increased by 100%.

- All Runes’ Vampirism effects have been reduced.

- 16 quests about Astelsia’s past have been added.

- 3 extra quests have been added.

- New level-up rewards have been added to the Achievements menu (A Taste of Mastery).

- Users who have already surpassed the levels required to obtain the new achievements will also be able to claim their rewards.

- Players who do not skip the intro and/or tutorial can now receive a reward.

- Players can now hold 3 cards in their hand from the start of the game. (The master skill ‘Hand Size’ has been removed.)

- A bug causing the animations for some skills to display incorrectly has been fixed.

- The skill message notifying that Blunt Blow was activated now appears even when the skill fails to land.

- Like in the tutorial, 3x speed can now be used during quests.

- The ‘Attack’ Rune’s name has been changed to ‘Contain’.

- Elixir can no longer be purchased from merchants if your Elixir is already full.

ㄴ After all Elixir is used, it can be purchased.

- A bug causing attack numbers to display incorrectly when Fiend is in the field has been fixed.

- The multiplier now displays the effect of the Hypatia’s Blessing skill more clearly.

- When selecting the Black Pill in the Mad Assistant’s Lab, the effect and the explanation of the effect now correspond correctly.

- Runes that affect cost no longer display a buff icon.

- The time for calculating rewards after defeating a Devil has been increased from 5 minutes > 10 minutes.

- The order of quests has been altered so that Kingdom quests (main quests) and Retaking Land quests can no longer be in progress at the same time.

- All basic cards’ skills are now automatically acquired at the start of the game.